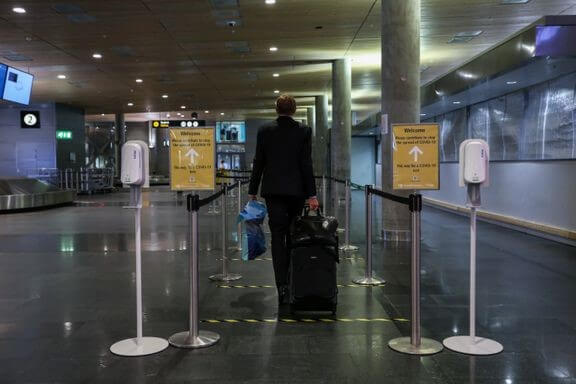 Working in partnership with the municipality of Ullensaker, a testing centre was established adjacent to belt 1 in the baggage hall at Oslo Airport on Thursday 14 August. This is available for use by passengers arriving from abroad who wish to take a Covid-19 test.

The health authorities are responsible for the testing centre, while Avinor is providing assistance through the facilitation of premises and necessary infrastructure.

‘We are delighted that the testing centre has now been established,’ says Eyvind J. Schumacher, Mayor of Ullensaker. ‘This is a challenging operation to put in place and get up and running since the levels of air travel to and from Oslo Airport are completely different in proportion to what is experienced at all other airports across the country.

For the municipality of Ullensaker, it has been important for us to emphasise that the country’s main airport is also a national issue. Ullensaker does not have a budget that will allow us to pay the full bill for a testing centre which costs at least NOK 6 million per month to run. We are pleased that the Norwegian Directorate of Health has now issued us with a written guarantee that this expense will be underwritten by the state,’ says Mayor Eyvind J. Schumacher.

‘Avinor is committed to ensuring that both its employees and passengers using its facilities feel safe. We have implemented a range of measures to reduce the risk of infection. Since January, we have been working in partnership with the health authorities and facilitating their work to implement measures that they deem necessary at Norwegian airports,’ says Ragnhild Vasset Hjerpsted, Director of Terminal Operations at Avinor.

‘The implementation of a testing centre for arriving passengers is a new initiative that has been put in place to reduce the likelihood of the infection being imported from abroad,’ she adds.

The testing centre at Oslo Airport will be staffed on a 24/7 basis by health personnel from the LHL Hospital at Gardermoen.

The testing premises are located adjacent to belt 1 in the baggage hall and are available to the approximately 7,000 passengers who arrive at the airport from outside the country each day.