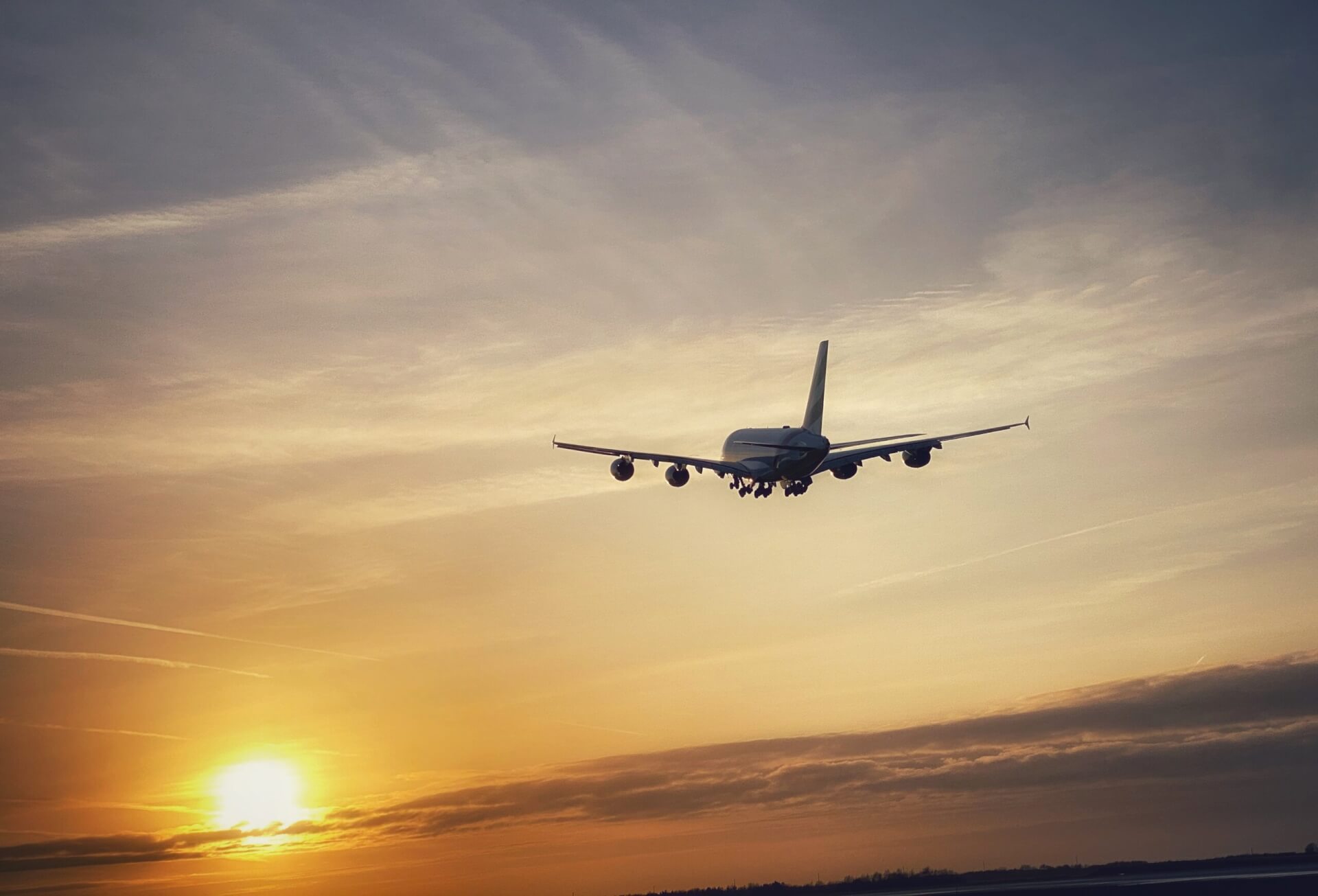 The Omicron variant has led to new restrictions in Denmark and the rest of the world, creating doubt about the activity level over the coming winter months.

Still, the appetite for travel continued its strong recovery during the month of November, as 1.3 million passengers passed through the terminals at Copenhagen Airport.

In fact, since July, passenger numbers have grown month on month – from 40 per cent of the 2019 figures in July to 61 per cent in November. 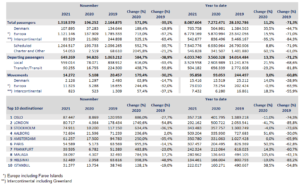 This November, 1,318,570 travellers passed through CPH, taking one of the 175 routes the airlines offer to 107 destinations – still primarily in Scandinavia and Europe.

After a long absence from the top of the list, London assumed the position as the second most popular destination, only surpassed by Oslo and with Stockholm and Aalborg coming in as numbers three and four respectively.

The busiest day of the month was Sunday 14 November with 56,097 passengers. Before COVID-19 caused havoc, the daily average number of passengers for November was 83,000:

“Since July, we’ve been noticing growing activity on a daily basis and the return of the pleasant hum of life throughout the terminals,” says Peter Krogsgaard, Chief Commercial Officer of Copenhagen Airports A/S.

“But the emergence of the Omicron variant of COVID-19 has thrown a spanner in the works for the travel industry, and at the moment, we’ve got little idea what the coming winter months will bring”.

“Already, the airlines have started reporting a slowdown in the demand for tickets”.

Both employees and passengers are required to wear face masks or visors, and the extra cleaning routines are maintained.

“We note that many countries have been reinstating travel restrictions in the last few days”, explains Krogsgaard.

“But before all of that started, it’s worth mentioning that London – where the travel restrictions were lifted in November – was once again to be found in the top three of the most popular destinations out of CPH.

“We take that as an indication that the appetite for travel had been stored for many months, but we also have to accept that once again, we’re entering a period of great uncertainty about the future,

“We saw how the USA opened up last month, only to tighten the test requirements again earlier this week.

“So, we’ll have to come to terms with the fact that we live in times of constant change where you can’t really be sure of anything.

“It’s crucial for Denmark that we maintain the connectivity to the world and strengthen the mobility that aviation drives.

“For example, if you’re sitting in a sushi restaurant in Tokyo, enjoying a maki roll, there’s every chance that the salmon you’re eating is Faroese, having been flown in to the land of the rising sun from Tórshavn via CPH”.