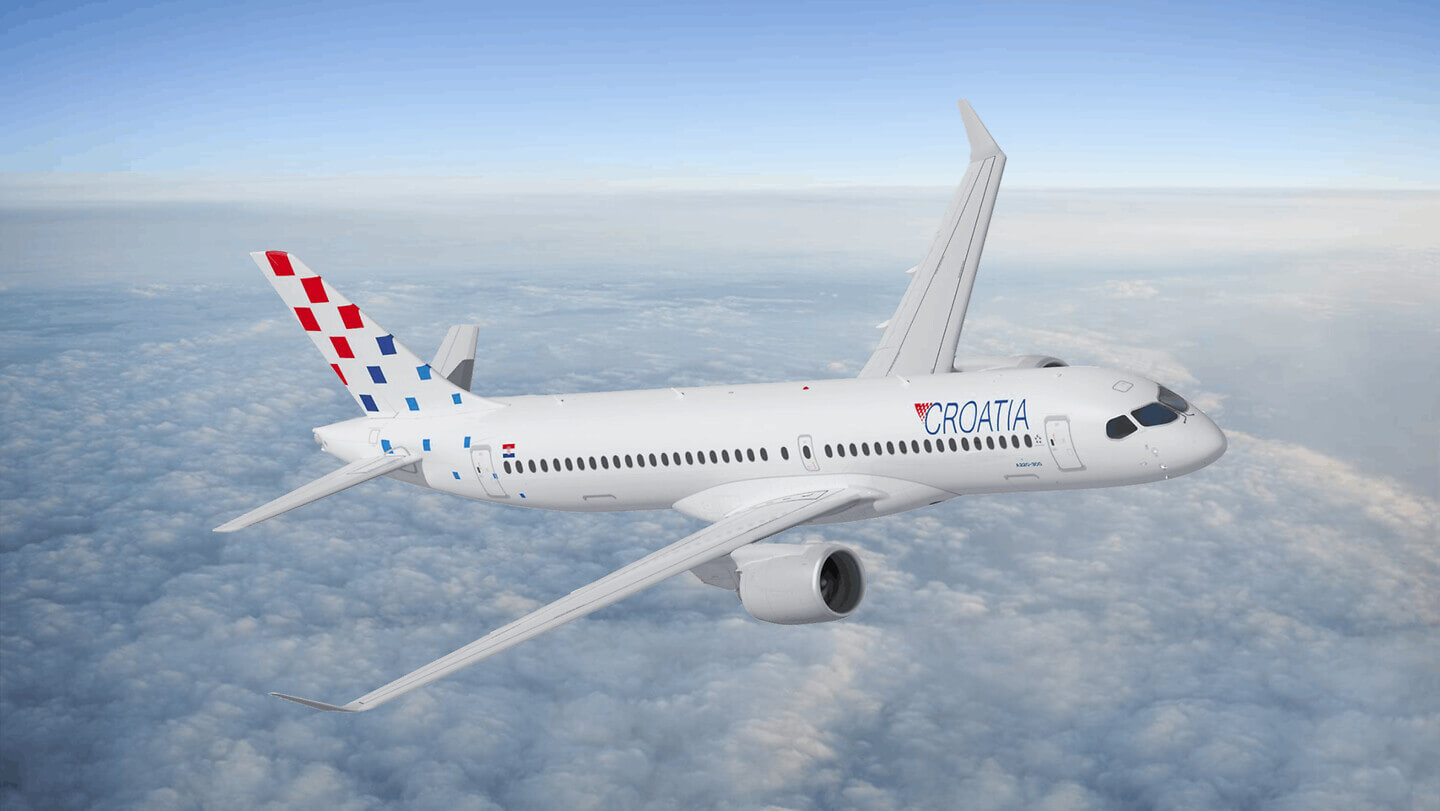 Croatia Airlines, Croatia’s national flag carrier based in Zagreb, has signed a firm order for six A220-300 aircraft.

Croatia Airlines plans to lease an additional nine A220s, taking its total commitment for the type to 15.

The A220s will replace previous generation aircraft in the company’s fleet, reducing operating costs as well as improving environmental efficiency and competitiveness while offering passengers unrivaled comfort throughout its fleet.

“Today’s signing of a contract for the purchase of state-of-the-art Airbus aircraft is a very special moment for all of us at Croatia Airlines,” said Jasmin Bajić, CEO and President of the Management Board of Croatia Airlines.

“We are thrilled to add Croatia Airlines as a new A220 customer,” said Christian Scherer, Airbus Chief Commercial Officer and Head of International.

“The A220 is ideally suited to Croatia’s aviation needs, providing operational flexibility and efficiency allowing its airline to pursue its ambition for both regional and international connectivity without compromising on any aspect, be it passenger comfort or trip and seat cost economics.”

The A220 is a clean sheet design and the only aircraft purpose-built for the 100 to 150-seat market segment bringing together state-of-the-art aerodynamics, advanced materials and Pratt & Whitney’s latest generation GTF engines.

The A220 delivers a 50% reduced noise footprint, up to 25% lower fuel burn per seat and CO2 emissions – compared to previous generation aircraft, as well as around 50% lower NOx emissions than industry standards.

Airbus and Croatia Airlines have had a long-standing partnership starting 25 years ago, when the airline first became an Airbus operator. Today, the Croatian carrier operates an Airbus fleet of seven single-aisle aircraft from the A320 Family (five A319s and two A320s).