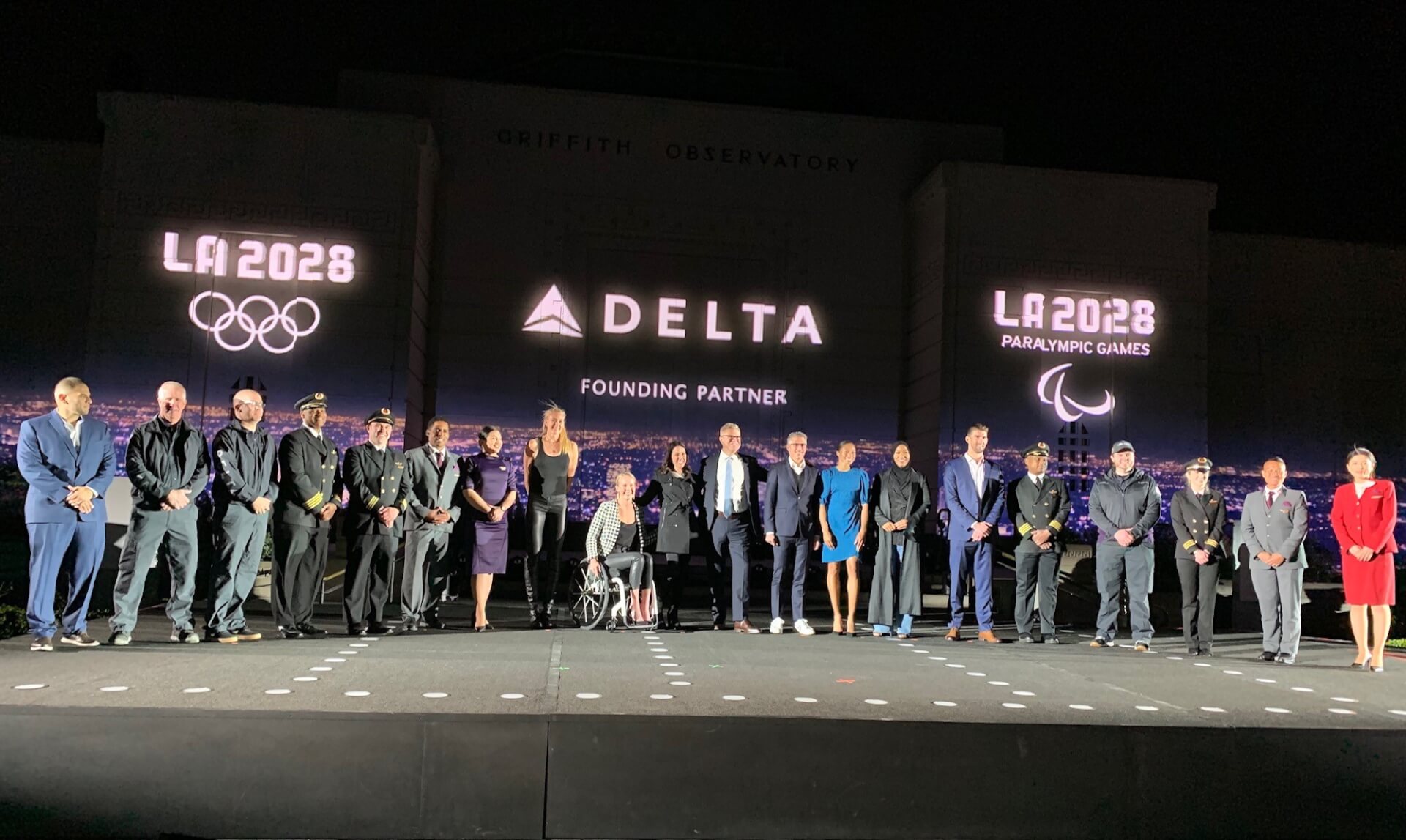 Coinciding with the airline’s 95th anniversary on March 2, Delta and LA28 celebrated the partnership at an event at L.A.’s Griffith Observatory headlined by Delta Chief Marketing and Communications Officer Tim Mapes and LA28 Chairperson Casey Wasserman.

“Delta is in the business of connecting people, and nothing brings the world together quite like the Olympic and Paralympic Games,” said Delta CEO Ed Bastian.

“The dreams and big ideas born in Los Angeles inspire us to imagine a better future. Partnering with LA28 is an investment in LA’s future and a commitment to work together to create a more connected, equitable and sustainable world.”

Wasserman added: “Delta embodies the spirit and strength of the Los Angeles Games, and we are proud they are taking this journey with us as an early and committed partner to the Olympic and Paralympic movement. Athletes from more than 200 nations and all corners of this country will descend on Los Angeles in just eight years. We embrace Delta’s passion and dedication to connect all of these dreams and Olympic and Paralympic stories in the years to come.”

“Los Angeles is a global crossroads — a city where everybody is welcome,” said L.A. Mayor Eric Garcetti.

“By bringing the world to Los Angeles and Los Angeles to the world, Delta is helping the City of Angels reach new heights.”

Delta will become the Official Airline of LA28 and Team USA beginning Jan. 1, 2021, and include the Beijing 2022, Paris 2024, Milan Cortina 2026 and Los Angeles 2028 Games. As part of the founding partnership, Delta will co-create the LA28 Volunteer Program, which will include more than 25,000 community and employee volunteers. Delta will also partner on the LA28 Sustainability Collective, delivering creative solutions that reduce the environmental impact of the Games.

Delta’s partnership also includes a commitment to NBCUniversal over eight years, including multi-platform advertising within coverage of four upcoming Olympic and Paralympic Games as well as media activation in non-Olympic years. NBCU will work closely with Delta to chronicle and celebrate its Olympic journey.

“The Olympics have the power to bring audiences together in a way that no other event can,” said NBCUniversal CEO Jeff Shell.

“Delta’s unprecedented access to the Games and Team USA across all platforms truly represents the future of advertising. We cannot think of a better Olympic setting than our own backyard in Los Angeles, and we look forward to welcoming the athletes in 2028 to this dynamic city.”