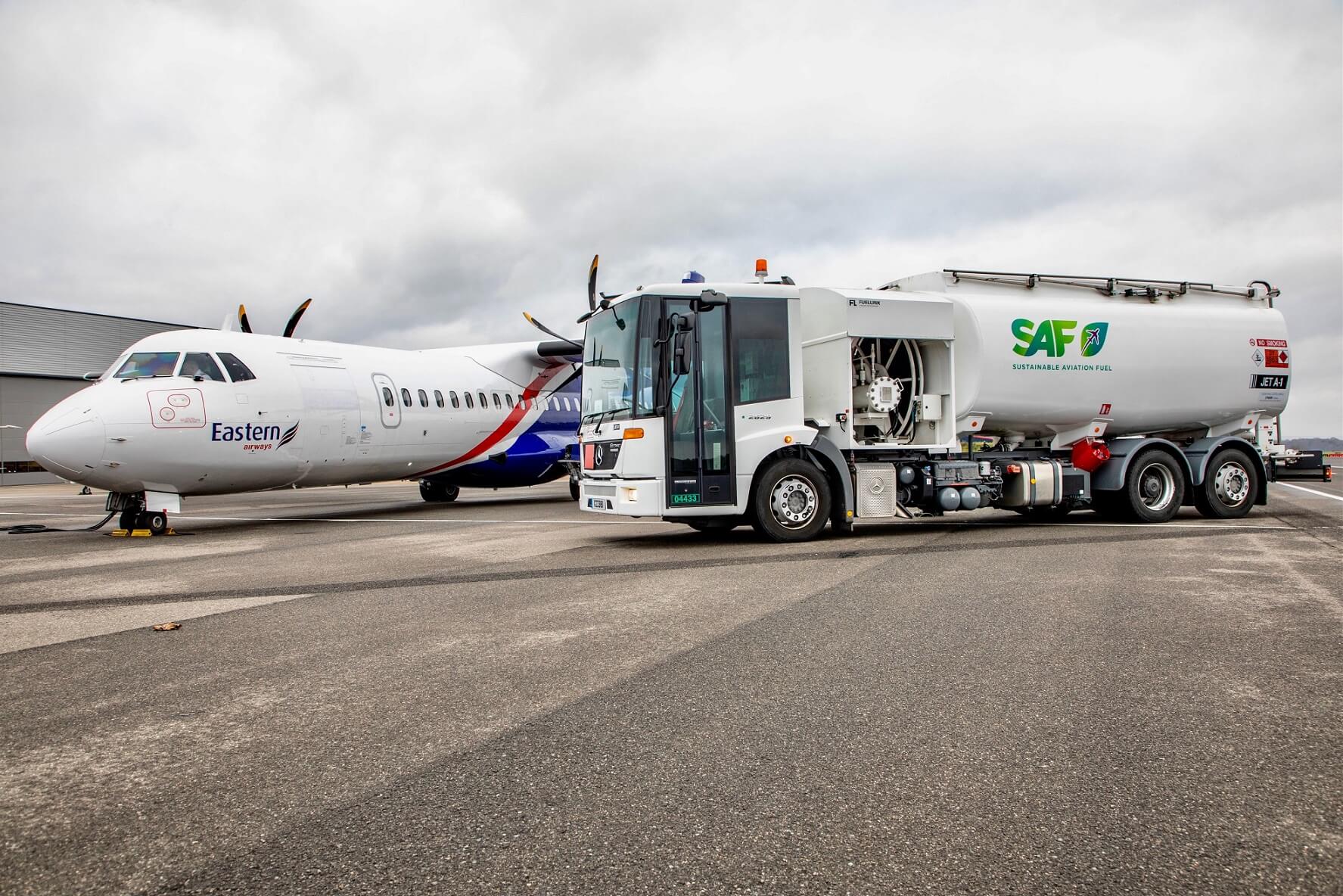 The flight was operated with one of Eastern’s ATR72-600 turboprop aircraft, fuelled with sustainable aviation fuel* (SAF) supplied by Air bp.

The airline underlined its commitment to reduce carbon emissions, backing calls for closer collaborative work between industry and government to lower the cost and widen availability of SAF.

Passengers travelling on the new, all year round, Government backed Public Service Obligation (PSO) route will benefit from Eastern’s affordable, all-inclusive air fares, starting from £39.99 one way, including 15kg of complimentary hold baggage, plus cabin bag.

Restoring a vital air connection, Eastern’s Cornwall to London flights increase to a day return frequency Monday to Friday from 17 January, bolstered by twice-daily service on Sundays, from 12 February.

From the end of March, the airline will offer twice-daily Saturday services, bringing optimised flexibility for visiting friends and relatives, short breaks as well as a convenient service for business travellers seeking the easiest, quickest journey to the UK’s capital – and destinations beyond through London hub airports.

Typically, the train from Cornwall to London takes five hours.  By car, considering seasonal traffic too, journey time can be even longer.

Flying with Eastern Airways by comparison takes just over an hour.

Applauding Eastern for dedicating the ATR72 to the new route and purchasing SAF for its inaugural service, ATR CEO Stefano Bortoli commented:  “SAF is key to decarbonising aviation, and we are pleased to see our customer both fully embracing this strategy and recognising the environmental credentials of the ATR72-600.

“Having first partnered with Eastern in 2017, we’re delighted the ATR72-600 has been chosen to serve its new PSO route.

“Not only is it the benchmark in the regional market,  consuming 40% less fuel and therefore emitting 40% less CO2 than similarly sized regional jets, it is also the most profitable one, with unbeatable economics.”

Robert Courts, Aviation Minister stated: “We are committed to decarbonising the aviation sector, achieving Jet Zero, and investing millions into sustainable aviation fuel which will power future green flying. It’s good to see Eastern Airways operating its inaugural Cornwall to London flight using SAF and this is a great milestone.”

“Cornwall Newquay Airport has worked tirelessly this year to restore lost regional services with several airlines stepping up to take on routes, as only our resilient sector can,” said Eastern Airways’ Managing Director Adam Wheatley.

“London was the vital, missing piece in the jigsaw of connectivity, so naturally we are pleased to take on this important route, dedicating a Newquay-based aircraft and local crew.

“As frequency grows, we expect to employ more staff to support the route.”

Eastern Airways, based at Humberside Airport, and founded in 1997, was awarded the PSO Public Service Obligation (PSO) from the UK Government on 21 November.

Speaking in Newquay, Adam added: “Forward bookings are looking strong, especially for Christmas and the New Year and it’s terrific to be welcomed so warmly by many regulars who used to commute back and forth, along with new families and young entrepreneurs who are building businesses here.

“To widen our offering, we are exploring several agreements with Gatwick serving airlines to provide Cornish-originating travellers with a range of attractive onward routes.”