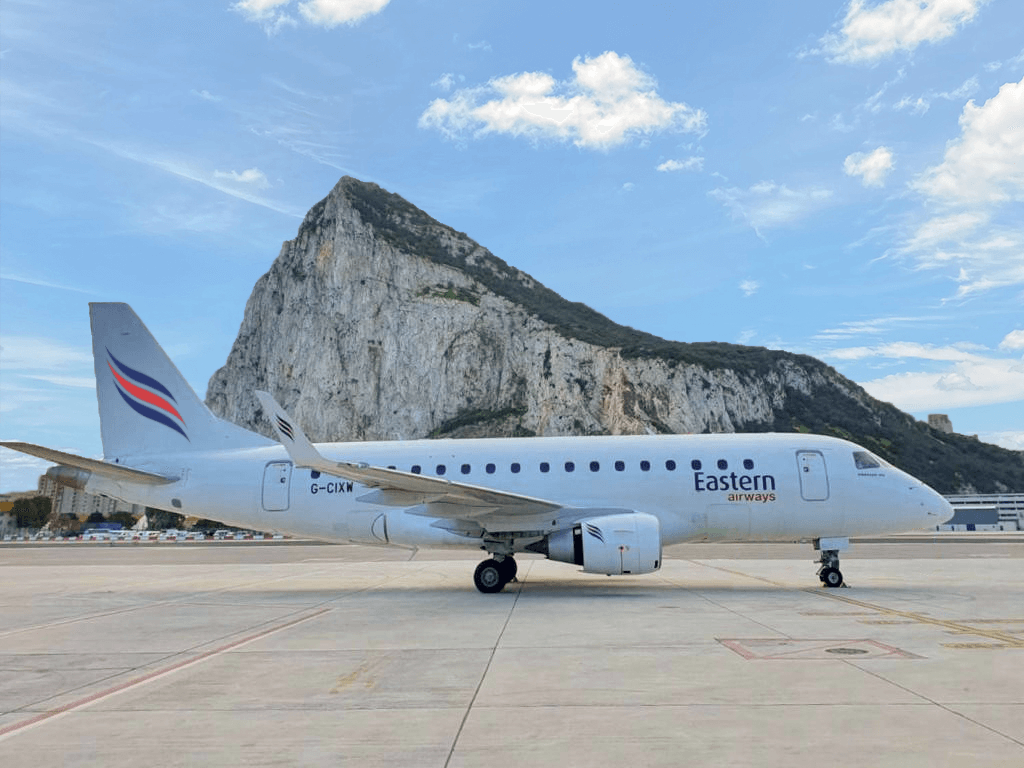 The airline will start by re-connecting the Midlands with the popular destination located on the Iberian Peninsula, twice weekly on a Monday and Friday. As the UK’s second largest city, Birmingham will be linked again to Gibraltar after a four year hiatus to provide connectivity for both the business and leisure markets. Southampton to Gibraltar has also been announced simultaneously.

The service will be operated on the airline’s Embraer 190 e-Jet fleet with fares starting from £74.99 one-way, including taxes and a 15kg hold baggage allowance as standard.

Roger Hage, GM for Eastern Airways, said: “This marks a major development in the network Eastern Airways offer as our first regular scheduled service to the Mediterranean peninsula adjoining Spain. With a quality array of hotels, beaches, water-sports and heritage, this UK territory offers an exciting short-break destination aside from its role in UK business, notably financial services and maritime. With easy access to the south-coast of Spain also a benefit, working together with HM Government of Gibraltar has enabled this to be the first service to be announced, supporting UK regional airports and their role in direct European connectivity.”

Minister for Business, Tourism, Transport and the Port of Her Majesty’s Government of Gibraltar the Hon Vijay Daryanani MP said, “I stated recently that I would be able to announce the addition of another airline with services to Gibraltar and therefore it gives me great pleasure to make the announcement on Eastern Airways today. The airline will be operating services to Gibraltar from Southampton Airport and Birmingham Airport in the UK. The services to Southampton open up a new catchment area for Gibraltar and the resumption of services from Birmingham will be welcomed by many. In these challenging times, these new routes will create further opportunities for business and leisure traffic to Gibraltar. The news will no doubt be welcomed and embraced by the local business community and the tourism, retail and hospitality industries. The Government continues to work, planning for the brighter future that will come after this pandemic. Work to ensure that tourism recovers and flourishes after this pandemic does not stop. This Government is delivering air services for Gibraltar in an unprecedented manner and is committed to adding further routes and more carriers in due course.”

Tom Screen, Aviation Director for Birmingham Airport said: “It is great news that Eastern Airways is back at Birmingham offering customers the chance to fly direct to Gibraltar again, this route has been unserved from Birmingham since 2017.  Gibraltar is a popular destination to our leisure customers, for a sunny getaway, but also an important business route providing access to this British territory. We believe this route will be a sign of things to come as they develop their network further.

“Both Birmingham Airport and Eastern Airways have a fully enhanced cleaning structure in place and can reassure customers that their safety if is of paramount importance.”