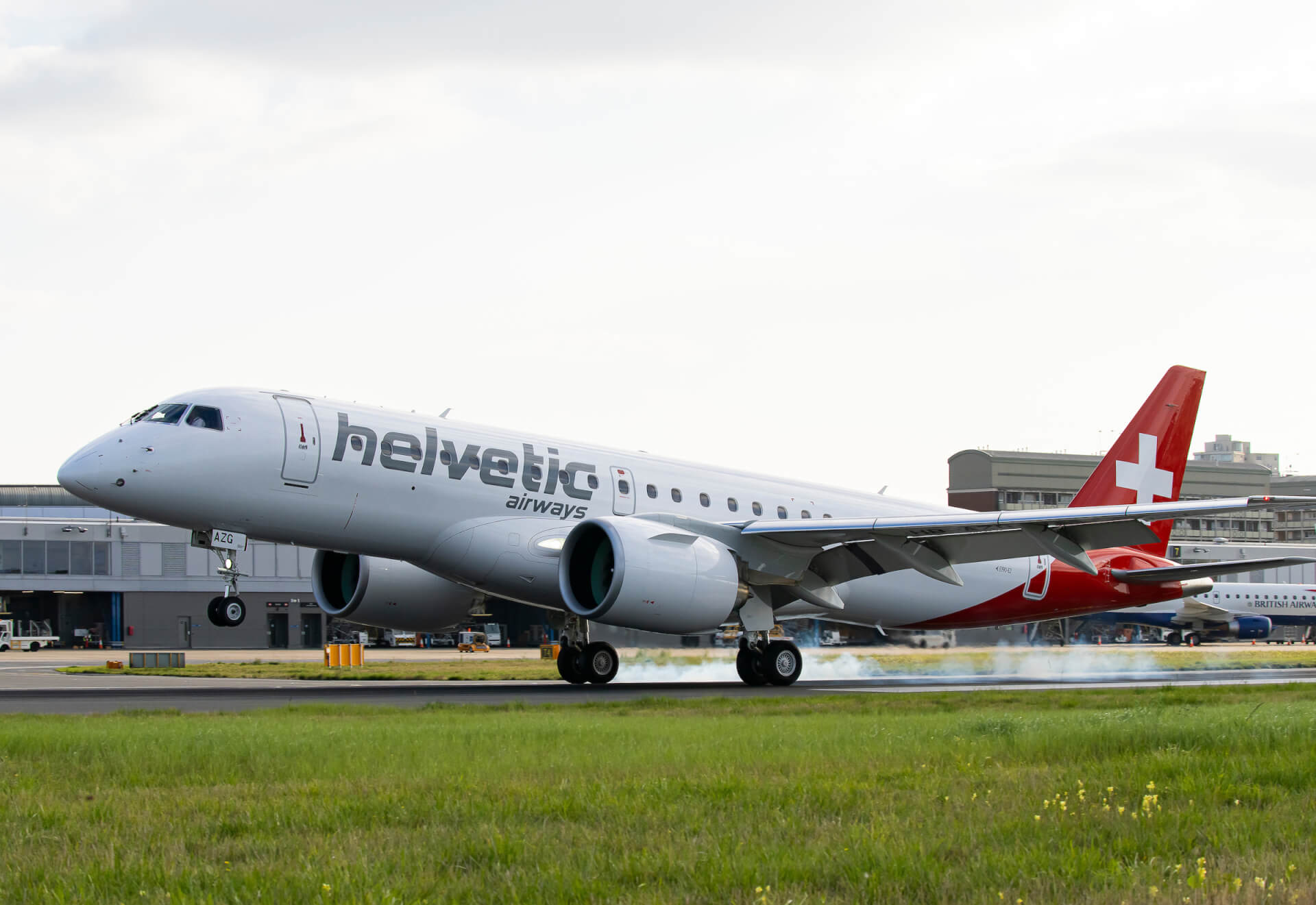 Yesterday evening, Thursday 2 September 2021, saw an important debut for London City Airport. At 1749, an Embraer E190-E2 made its
first commercial flight into the iconic airport in the centre of the British political and financial capital.

On board the sold-out flight were 110 passengers, including representatives of the international media, business travellers and those visiting friends and family.

Commenting on the arrival, LCY’s Chief Operating Officer Alison FitzGerald said: “Welcoming Swiss and Helvetic back, and with the newest LCY-capable aircraft, Embraer’s E190-E2, is a  significant milestone for London City.

“It demonstrates how we are collaborating with manufacturers and airlines to introduce more low-emission, low-noise aircraft to our airport, as well as re-establishing a vital business connection which we believe will go from strength to strength as the UK Government begins to further reduce barriers to travel.

“Our ambition is to be one of the most sustainable airports of our size in Europe, and it is my expectation that we will be welcoming more of these aircraft with more airlines as the industry recovers from COVID-19.”

Embraer aircraft account for nearly 90% of all movements at London City Airport.

At the same time, the E190-E2 almost doubles the available range from the airport to more than 4,000 kilometres, bringing destinations such as Istanbul, Casablanca and Moscow within reach for the first time.

“With this world premiere, we are particularly proud to be able to offer a product of the highest level in terms of comfort, quiet and sustainability,” said Tobias Pogorevc, CEO of Helvetic Airways, during the inaugural flight.