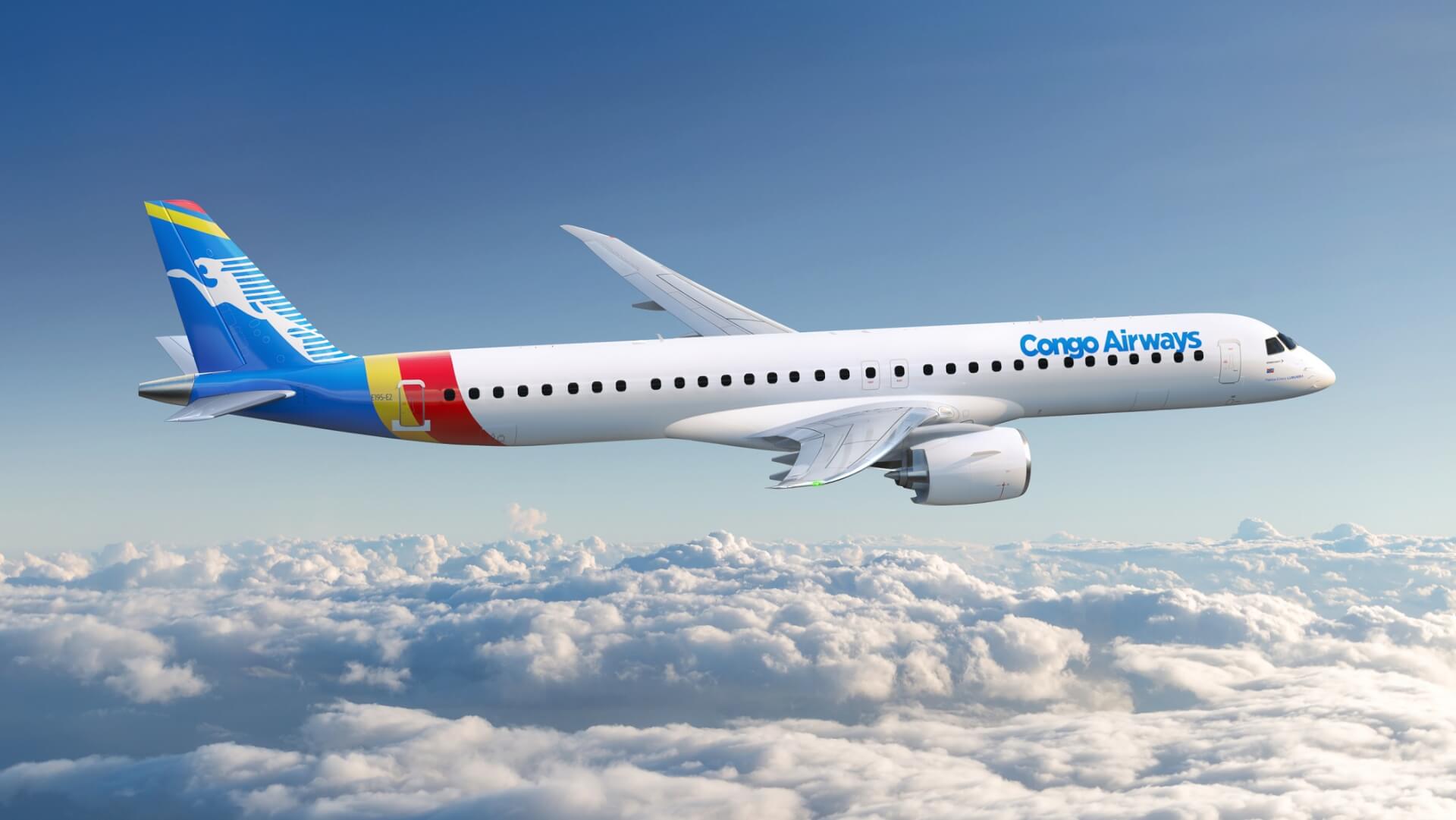 Just six months after their first E2 order, Congo Airways has placed a firm order for two E195-E2 jets. This is in addition to their existing two aircraft order for the smaller E190-E2. The four aircraft deal has a total value of USD 272 million at current list prices. This new firm order will be included in Embraer’s 2020 fourth quarter backlog.

Desire Bantu, CEO of Congo Airways said, “We see an opportunity in our market and the crisis we are all facing for Congo Airways to emerge stronger – which is why we are not waiting to place this further order. These new jets will allow us to extend our passenger and cargo operations regionally to high demand destinations such as Cape Town, Johannesburg, and Abidjan. As we prepare for future success, we will have the flexibility, and the right sized, most efficient aircraft, to serve our customers as the market returns.”

“Africa has for too long been thought of as a market of mostly low frequencies and long thin routes. As airlines start ramp up their operations, the E2 family of aircraft is perfectly positioned to right size routes previously operated by narrowbodies, while keeping frequencies and adjusting capacity to new levels,” said Cesar Pereira, vice president of Europe, Middle East and Africa, Embraer Commercial Aviation. “Congo Airways will benefit from the flexibility provided by the common cockpit on the E2 jet family meaning their flight crews can transition seamlessly between variants.”

The E195-E2 will be configured in a dual class 120 seat layout, 12 in business, 108 in economy. An additional 25% capacity when compared to the 96-seat configuration chosen by Congo Airways for their E190-E2s.

Alitalia to restart with 45 planes, €1bn in aid, and new name