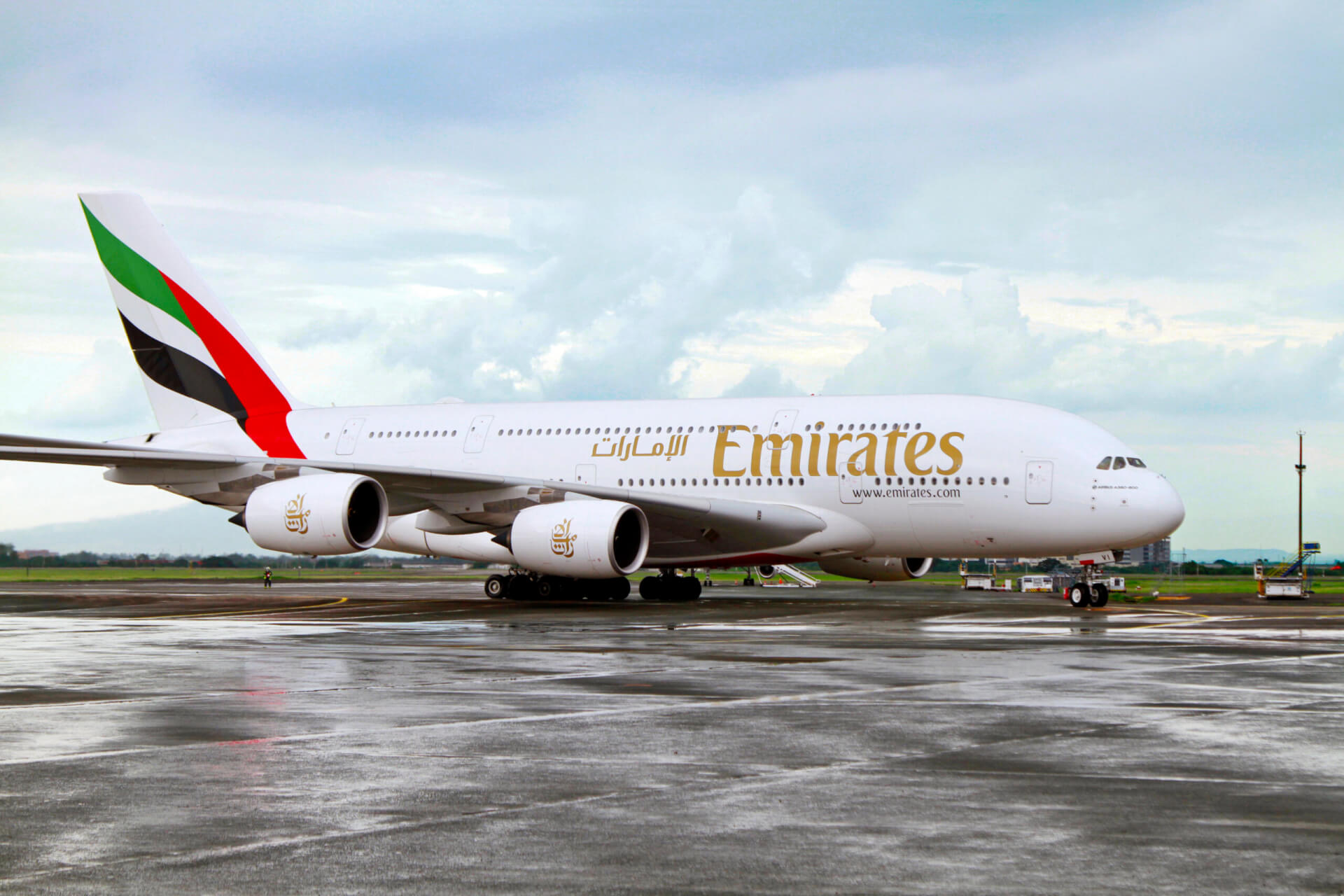 The iconic Emirates A380 made a one-off service to Clark International Airport today, becoming the first commercial flight, utilizing the iconic aircraft, to operate to the Luzon-based airport.

The special A380 service from Dubai to Clark and operating as EK2520, took off from Dubai International Airport at 02:40 and landed in Clark at 15:23 local time, and was greeted by a traditional water cannon salute upon arrival at the airport. More than 400 passengers, who were delighted to have experienced Emirates’ flagship aircraft on a route not regularly served by the aircraft, in addition to Emirates executives, were welcomed by the airport’s executive management team. VIPs, including Secretary of Department of Transportation, Mr. Arthur Tugade, as well as media were given a guided tour of the A380 by Emirates cabin crew.

Satish Sethi, Country Manager for Emirates-Philippines said: “Today we mark a special day in the history of our operations in the Philippines, by becoming the first airline to operate the world’s largest commercial passenger aircraft to Clark International Airport and we are delighted to share this special occasion with the airport that we have been operating from since 2016. It also is a great honour to have delighted our customers by giving them the opportunity to experience this flagship aircraft on their journey to the Philippines.

“We have been serving our customers in the Philippines for 30 years and, since we introduced this iconic aircraft to our fleet in 2008, Filipino fans have always planned trips to destinations that are served by the Emirates A380, by connecting in Dubai, to enjoy its spaciousness, comfort and best-in-class features and amenities. This time, we wanted to give our customers the one-off opportunity to have the same experience on the Dubai-Clark route.”

In the UK, the popular Emirates A380 aircraft has resumed operations from London Heathrow, offering connectivity to Dubai and beyond. The A380 is also currently operating to four other destinations, including Paris, Cairo, Guangzhou and Toronto.

“We would like to thank the authorities in the Philippines for their continuous support that has been crucial to our success since we began our operations here. Our most sincere gratitude also goes to them for making this exceptional flight possible, allowing us to take advantage of efficiencies and greater capacity on a route where flights remain in high demand. The last time our A380 aircraft made an appearance in the Philippines was in 2014 in Manila, and we hope to see it soon as a regular scheduled service to the country,” continued Sethi.

Emirates has been serving the Philippines since 1990 and inaugurated its first service to Clark in 2016. In 2014, the Emirates A380 made a one-off trip to Manila, marking its first arrival in the Philippines. Emirates resumed its flights to Manila on 11 June, with daily flights, and Clark on 1 August with six weekly fights. On 20 August, Emirates will resume its operations to Cebu, restoring scheduled services to all three gateways in the country.