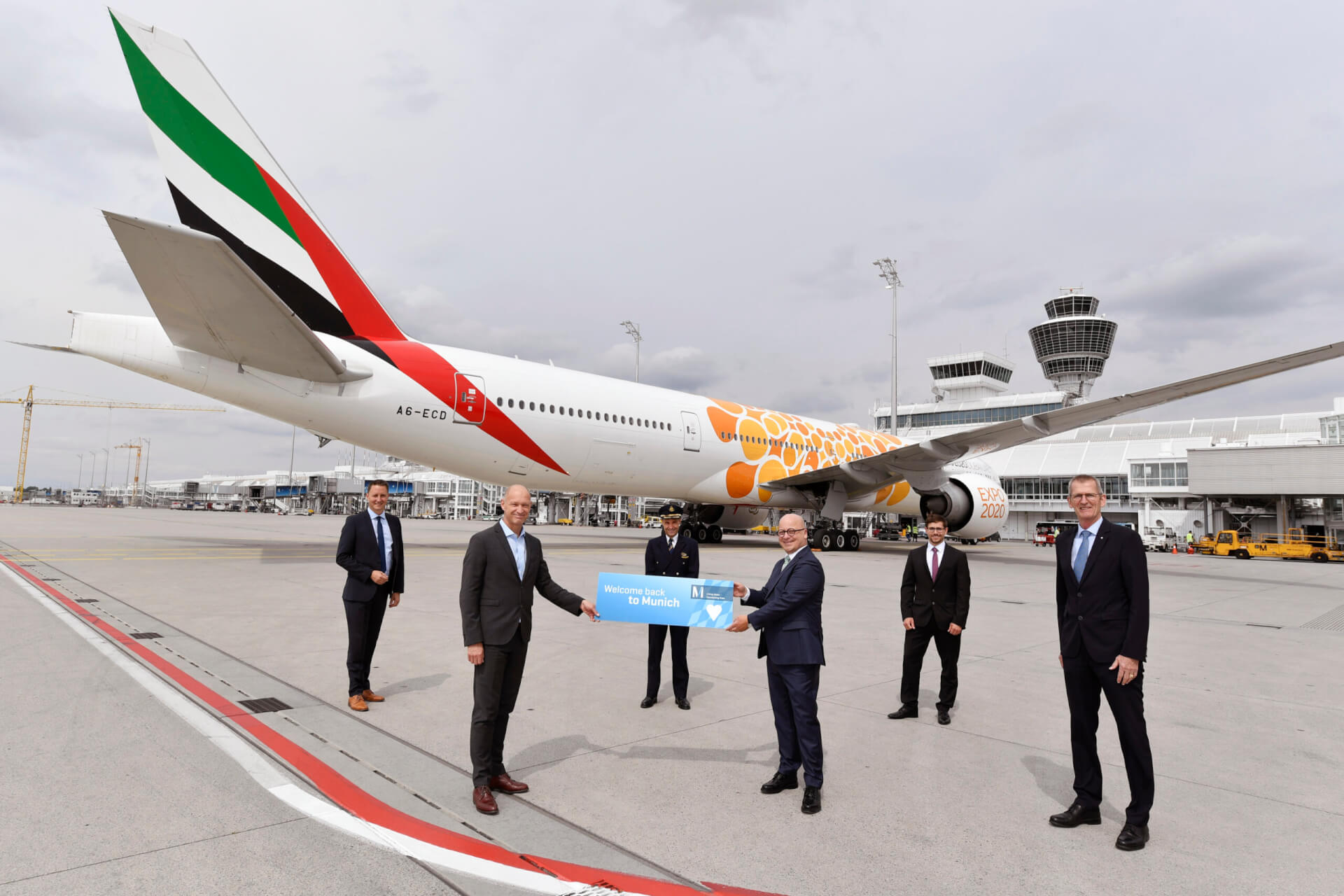 Relaunch of flights from Munich to the Gulf: The Arabic Airline Emirates is now again flying from Munich to Dubai. A Boeing 777 will be used for these flights, which will depart Munich Wednesdays, Fridays, Saturdays and Sundays at 3.40 p.m., and land in Dubai at 11.45 p.m.

Etihad Airways is also resuming its flights from Munich today, and is now flying to Abu Dhabi Thursdays and Saturdays at 3.30 p.m. with a Boeing 787. The airline will be offering two further weekly connections to the same destination from August – all flights will then take off at 3.20 p.m.