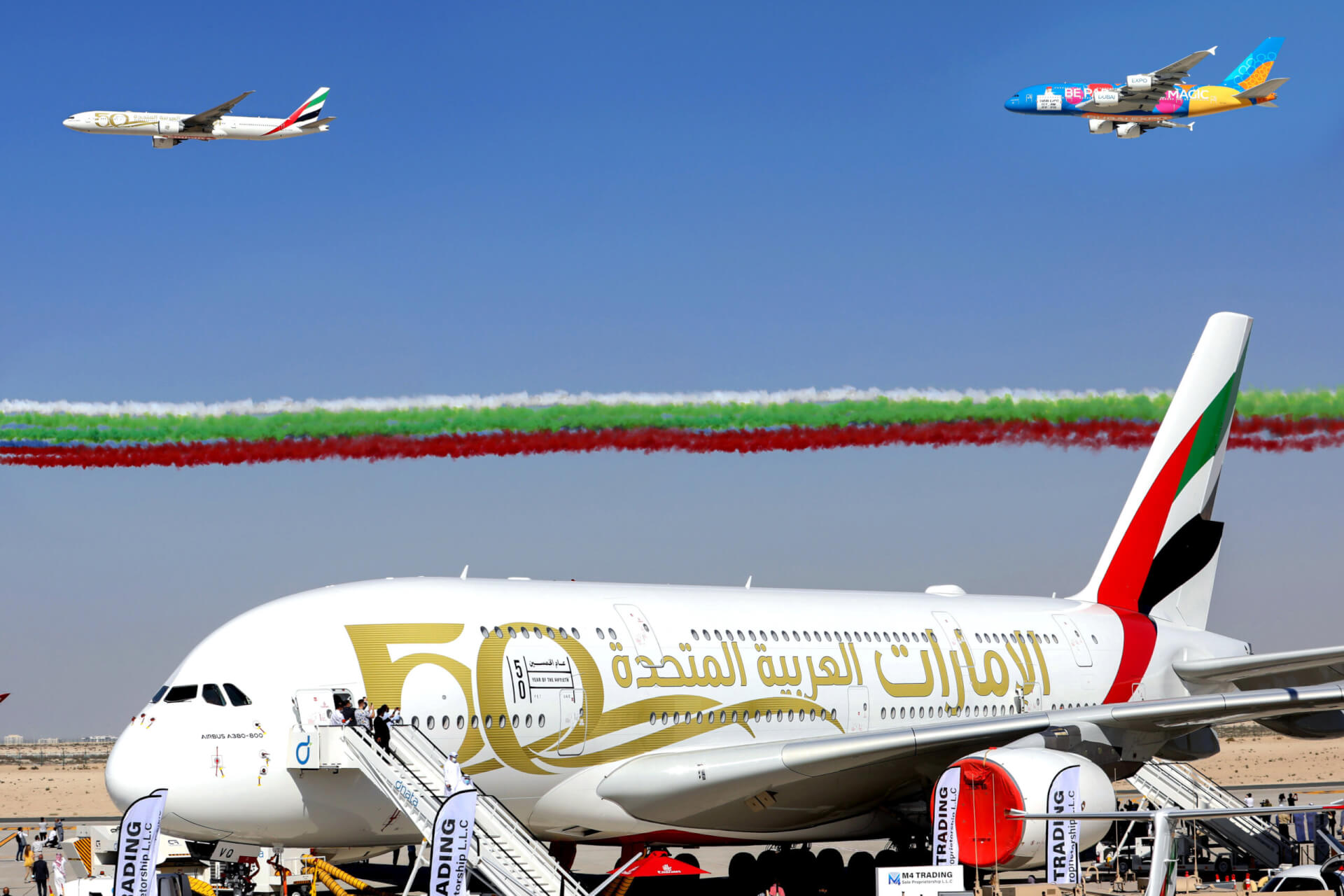 Emirates has concluded the 2021 edition of the Dubai Airshow on a positive note, culminating a week of investment announcements, new partnerships forged, and the strengthening of established connections as key aviation players from around the world came together in Dubai to mark a turning point in the industry’s recovery.

This year, Emirates’ presence at the show included participation in the opening flypast; aircraft static displays; an exhibition stand showcasing its latest cabin products, Emirates Flight Training Academy and the Emirates Aviation University; and offering its renowned hospitality for partners and invited guests in the Emirates Chalet.

At the Dubai Airshow, the airline announced a significant investment to retrofit 105 of its Boeing 777 and A380 aircraft with its Premium Economy product, in addition to other cabin enhancements.

The entire 18-month retrofit programme, starting in 2022, will take place in Dubai and reinforces the UAE’s status as a centre of aviation excellence.

Emirates also signed an agreement with Panasonic to deliver a suite of in-flight entertainment (IFE) solutions for its Premium Economy retrofit programme.

To build its future capabilities, support innovation within the aviation value-chain, and boost sustainability efforts, Emirates also inked several other agreements and formed strategic partnerships with other airlines, suppliers and stakeholders.

On the first day of the show, Emirates and Gulf Air signed a MoU to develop a deeper commercial cooperation between both carriers as they look to leverage each other’s networks.

Supporting its efforts to reduce its environmental footprint, Emirates signed an agreement with GE Aviation committing to develop a programme that will see an Emirates Boeing 777-300ER powered by GE90 engines conduct a test flight using 100% Sustainable Aviation Fuel (SAF) by the end of 2022.