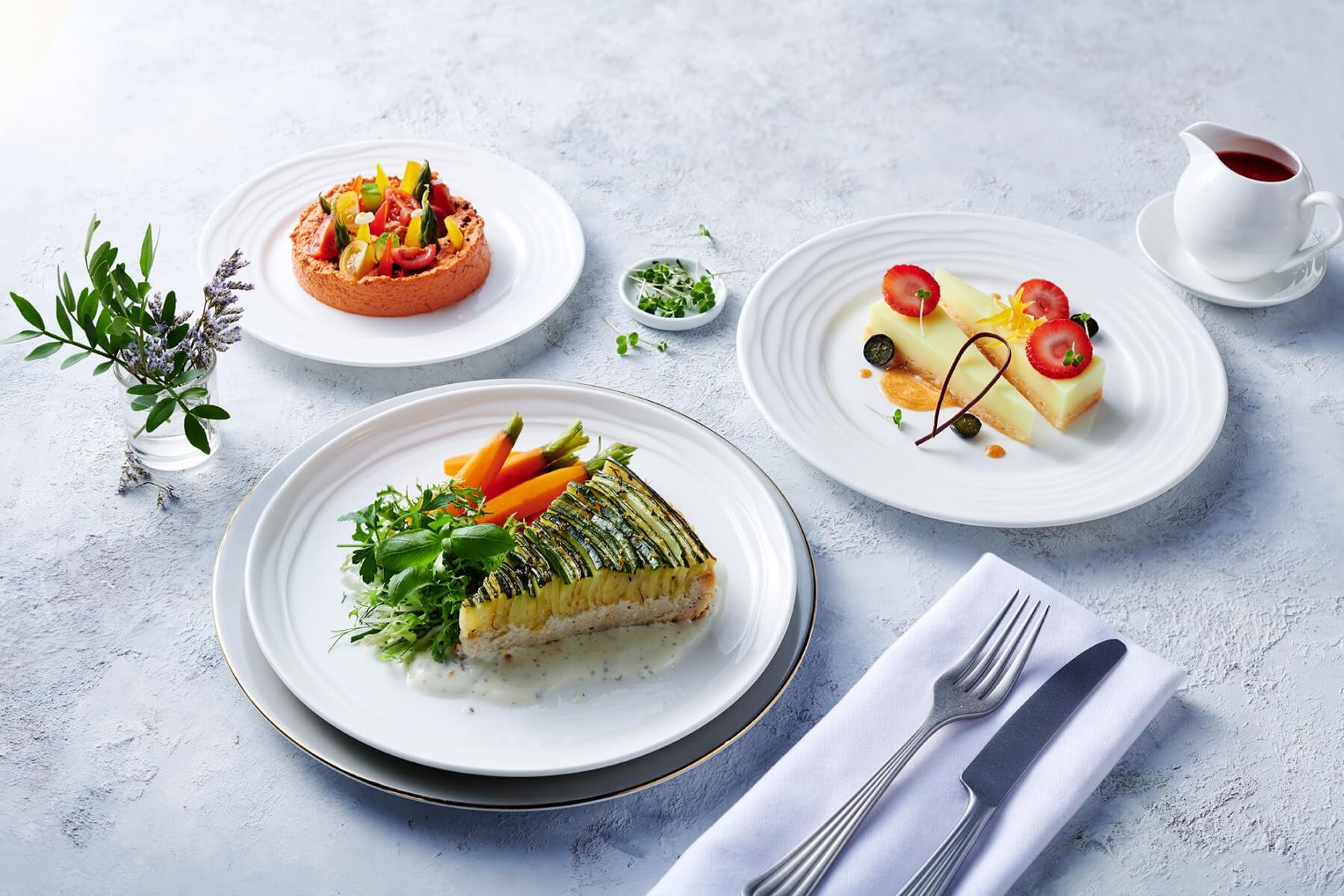 Heralding the upcoming World Vegan Day on November 1, Emirates has delivered a response to heightened demand for plant-based cuisine with a multimillion-dollar investment into new vegan choices onboard.

A curated menu of gourmet vegan dishes has been introduced into First and Business Class, while Economy Class menus have also welcomed a refreshed selection of plant-based produce.

To cater to the rapid growth of the global vegan community and general interest in herbivorous diets, Emirates is setting new standards in customer experience with delicious and healthy options for cosmopolitan customers following a vegan lifestyle, or for those who seek a lighter meal choice while travelling.

Vegan options are available to order and pre-order onboard, as well as in Emirates Lounges.

Emirates has been serving vegan options onboard since the 1990’s.

Initially, vegan requirements were focused on specific routes such as Addis Ababa where vegan meals are required during certain times of the year by those practising the Ethiopian Orthodox faith, or across the Indian subcontinent where multiple faiths encourage a plant-based diet.

Vegan dishes are now rapidly gaining general popularity on US, Australian, some European and UK routes, with Emirates noting a sizeable increase in interest in vegan dishes over the last decade.

Already consistently rated as the best airline for vegan travellers by many dedicated website polls including VegNews, Emirates has invested into developing a new vegan menu to rival acclaimed restaurants.

The vegan menu in First and Business Class spent a year in development in Emirates Flight Catering, an expansive facility based at Dubai International airport, which is home to 11,000 employees and serves up to 225,000 meals daily.

It is the largest flight catering facility in the world and home to international chefs of 69 different nationalities.

The menu was the focus of multiple presentations and tastings, featuring contributions from diverse cuisine specialists like Chinese, Indian and Arabic speciality chefs, to create a wide range of flavours and textures.

The tasting panels included both vegan and non-vegan chefs and team-members to ensure an inclusive approach.

In Economy Class, the vegan menus are also refreshed every month, providing a wide variety of dishes to frequent travellers.

The vegan meals in Economy Class are available to pre-order and have been extremely well received by passengers worldwide.