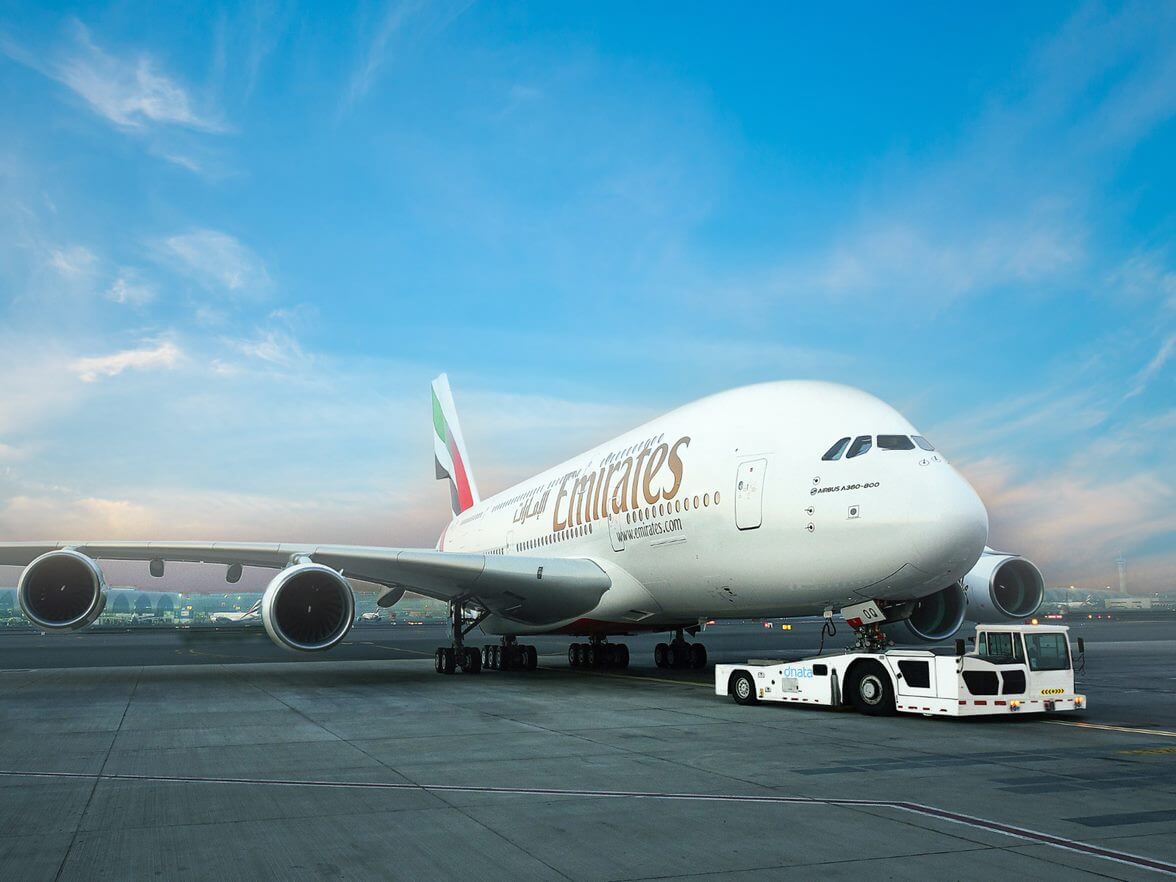 The Emirates Group today announced its half-year results for its 2022-23 financial year.

The Group also reported an EBITDA of AED 15.3 billion (US$ 4.2 billion), a marked improvement from AED 5.6 billion (US$ 1.5 billion) during the same period last year, illustrating its strong operating profitability.

Group revenue was AED 56.3 billion (US$ 15.3 billion) for the first six months of 2022-23, up 128% from AED 24.7 billion (US$ 6.7 billion) last year. This was driven by the strong demand for air transport across the world with the further easing and removal of pandemic-related travel restrictions.

The Group has been able to tap on its own strong cash reserves to support business needs, including debt payments and pandemic-related commitments.

His Highness (HH) Sheikh Ahmed bin Saeed Al Maktoum, Chairman and Chief Executive, Emirates Airline and Group said: “The Group’s record performance for the first six months of 2022-23 is the result of forward planning, agile business response, and the efforts of our talented and committed workforce.

“Across the Group, our operations recovery accelerated as more countries eased and removed travel restrictions.

“We were ready and amongst the first movers to serve the strong customer demand thanks to our robust business plans, the support of our industry partners, and our ongoing investments in people, technology, and products and services.

“For the coming months, we remain focussed on restoring our operations to pre-pandemic levels and recruiting the right skills for our current and future requirements. We expect customer demand across our business divisions to remain strong in H2 2022-23.

“However, the horizon is not without headwinds, and we are keeping a close watch on inflationary costs and other macro-challenges such as the strong US dollar and the fiscal policies of major markets.”

Sheikh Ahmed added: “The Group expects to return to our track record of profitability at the close of our full financial year.”

In line with increased capacity and business activities, the Emirates Group’s employee base, compared to 31 March 2022, grew 10% to an overall count of 93,893 at 30 September 2022. Both Emirates and dnata have also embarked on targeted recruitment drives to support their future requirements.

Emirates continued to focus on restoring its global passenger network and connections through its Dubai hub, restarting services and adding flights to meet customer demand across markets.

By 30 September, the airline was operating passenger and cargo services to 140 airports, utilising its entire Boeing 777 fleet and 73 A380s.

During the first six months of 2022-23, Emirates took delivery of 2 new Boeing 777 freighters and returned 1 older freighter from its fleet as part of its long-standing strategy to minimise its emissions footprint and operate modern, efficient aircraft.

With new passenger aircraft only expected to arrive in 2024, Emirates this month began its multi-billion dollar programme to retrofit 120 aircraft with its latest cabin interiors and products.

Emirates continued to introduce new product and customer initiatives to deliver on its ‘fly better’ promise, including enhanced menus across all cabin classes, and the launch of a new hospitality programme to uplift service training and delivery.

In August, Emirates launched its full Premium Economy experience to hugely positive, “booked-out” customer response on its flights to London, Paris and Sydney.

Emirates plans to introduce its Premium Economy product on 5 more routes before the end of 2022-23, as more aircraft fitted with these popular seats roll out of its retrofit programme.

Overall capacity during the first six months of the year increased by 40% to 22.8 billion Available Tonne Kilometres (ATKM) due to an expanded flight programme as more countries eased travel restrictions.

Capacity measured in Available Seat Kilometres (ASKM), increased by 123%, whilst passenger traffic carried measured in Revenue Passenger Kilometres (RPKM) was up by 265% with an average Passenger Seat Factor of 78.5%, compared with 47.9% during the same period last year.

Despite an unfavourable currency exchange environment, Emirates revenue, including other operating income, of AED 50.1 billion (US$ 13.7 billion) was up 131% compared with the AED 21.7 billion (US$ 5.9 billion) recorded during the same period last year.

The airline’s strong turnaround performance is driven by strong passenger demand for international travel across markets and shows the airline’s ability to plan ahead to meet the demand, activate capacity, and attract customers with its high-quality products and value proposition.

Emirates’ operating costs increased by 73% against an overall capacity growth of 40% mainly due to the substantial increase in fuel costs which more than tripled compared to the same period last year.

This was primarily due to a 65% higher fuel uplift in line with increased flight operations, and the doubling of average oil prices during this period.

Fuel, which was the largest component of the airline’s operating cost in pre-pandemic reporting cycles, accounted for 38% of operating costs, one of the highest ratios ever, compared to 20% in the first six months of last year.