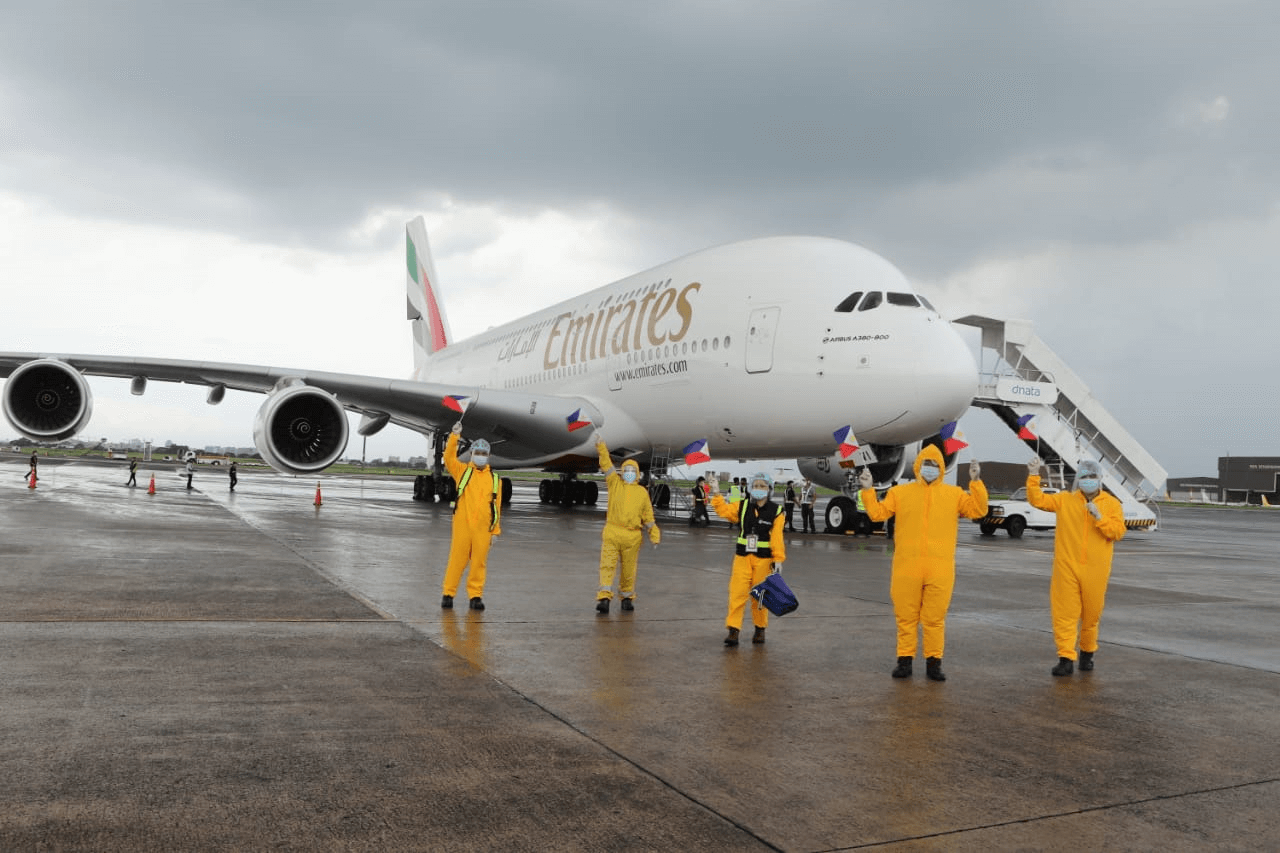 International airline Emirates indicated optimism that it will be able to operate 100 percent of its network of destinations by summer of next year, returning to serving more than 140 cities, and gradually putting its Airbus A380 fleet back into service on routes with high demand.

Emirates has deployed its flagship A380 aircraft to London, Cairo, Paris, Guangzhou, and Toronto, and recently increased to a second daily service to London, operated with an A380, to meet demand. The UAE carrier also operated a one-off A380 commercial flight to Clark International Airport on August 19, becoming the first scheduled commercial flight, utilizing the iconic aircraft, to operate to the Luzon-based airport.

Carrying 405 passengers from Dubai that include overseas Filipino workers, the one-off A380 to Clark was heartily welcomed complete with a ceremonial water cannon salute, underscoring the international carrier’s celebration of its 30th anniversary of serving the Philippines.

Saying they are proud to fly their first A380 service to Clark, Country Manager for Emirates-Philippines, Satish Sethi, also thanked the authorities in the Philippines for supporting the airline through the years.

“We resumed scheduled passenger services to Clark on 1 August with six weekly flights and have since been witnessing tremendous demand from customers in the UAE and other cities within our network to travel to the Philippines,” the airline executive said.

“In addition to marking a milestone and making its debut to Clark, the highly-popular Emirates A380 aircraft will accommodate more travellers on the flight, while allowing them to experience its unique features and safety protocols we have put in place to protect our customers and crew,” Satish added.

The Philippine government has been stepping up efforts to mitigate the impact of the COVID-19 pandemic, with its “Build, Build, Build” program forming the cornerstone of economic recovery.

“We have to continue to prioritize the infrastructure program to immediately create jobs, encourage investments, and increase economic activity,” Philippine Finance Secretary Carlos G. Dominguez said, explaining that “investments in infrastructure have the highest multiplier effect in the economy.”

One of the priority projects is Clark International Airport which is close to 100 percent completion. According to Secretary Dominguez, the international airport will help clear the congestion in the airport in Manila and “anchor the rapid development of Central and Northern Luzon and other districts of Clark, which we expect to become the next investment center in Asia,” the Philippine official said.