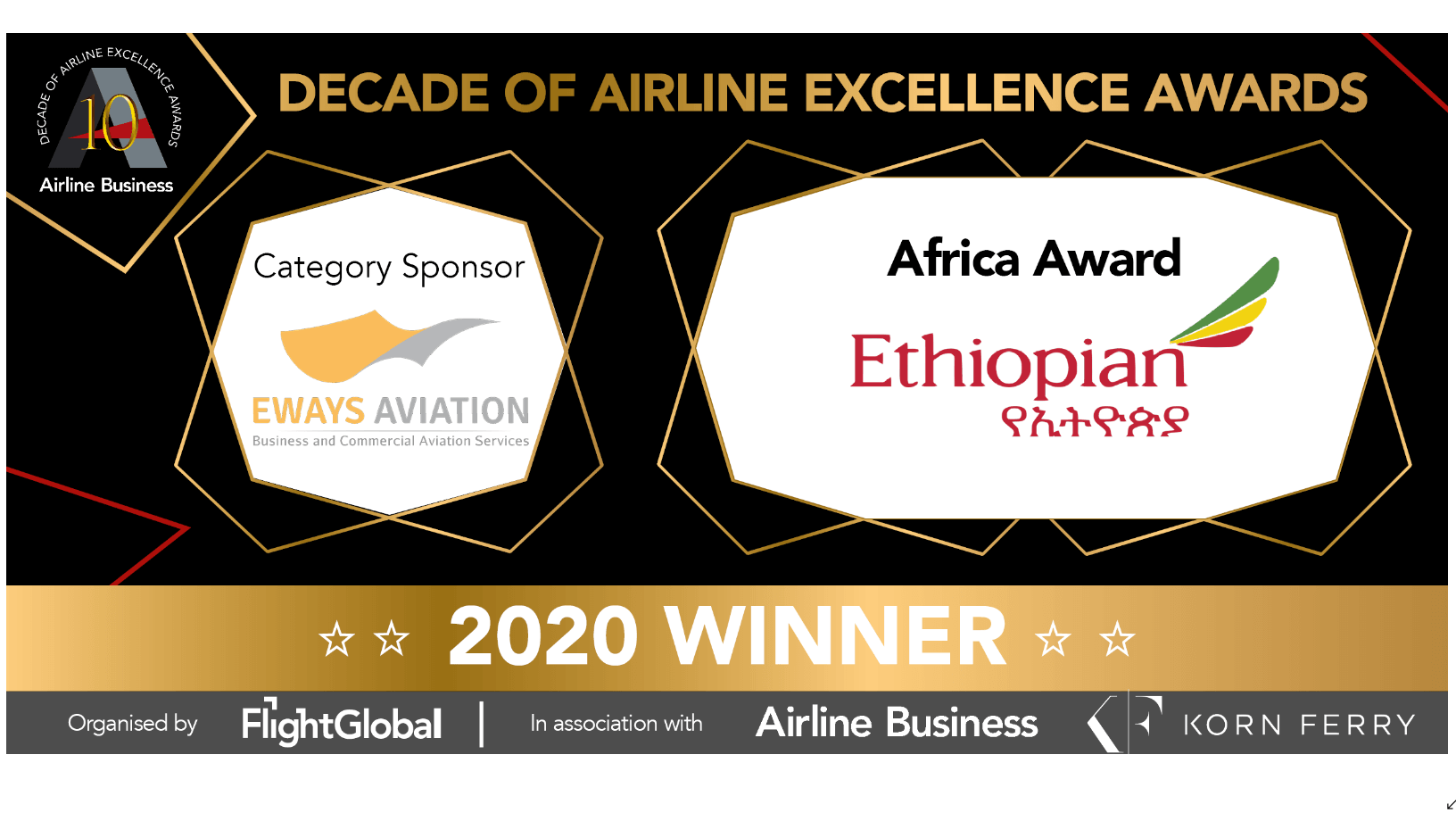 Ethiopian Airlines has been recognised by the judges in the Decade of Airline Excellence Awards as Africa’s best-performing airline of the past 10 years. The carrier took the accolade in the African regional category of the Awards.

The full roster of awards, organised by FlightGlobal in association with Airline Business and Korn Ferry, are being announced over the 1-3 December.

Operating in an incredibly challenging region for airlines, state-owned Ethiopian evolved over the decade from a national carrier to the first true pan-African airline, based on a strategy that leveraged its hub in Addis Ababa and strategic equity investments in smaller national African operators.

“Under the leadership of Tewolde Gebremariam since 2011 – the year in which the carrier also joined the Star Alliance – Ethiopian’s core strategy has been underpinned by disciplined management and a productive relationship with its government owners,” said Lewis Harper, Managing Editor of Airline Business magazine.

Ethiopian Airlines dominated the discussion among judges when it came to the Africa award.

“I think they are the outstanding airline in Africa by far,” one judge said, reflecting wider sentiment among the panel.

“I particularly like Ethiopian’s involvement in economic development in the country,” said a judge.

All the while it deployed a modern fleet and progressive business approaches, leading to some impressive financial returns. It recorded an eight-fold increase in revenues and a six-fold rise in profitability over the decade.

“Their revenues have soared in what has been a particularly challenging market,” another judge remarked.

By the end of the decade, the airline commanded the lion’s share of the pan-African network, having overtaken Dubai as the biggest transfer hub for long-haul travel to Africa in 2018. The airline’s maturity shone through in its response, cementing its status as a rare example of an African carrier that sits comfortably alongside the world’s top airlines.

The winning airlines from each global region, in addition to the overall winner, are being announced over the 1-3 December.

In addition to the winner from Africa, these include the winning airlines from North America, Asia-Pacific, Europe, Latin America and the Middle East.