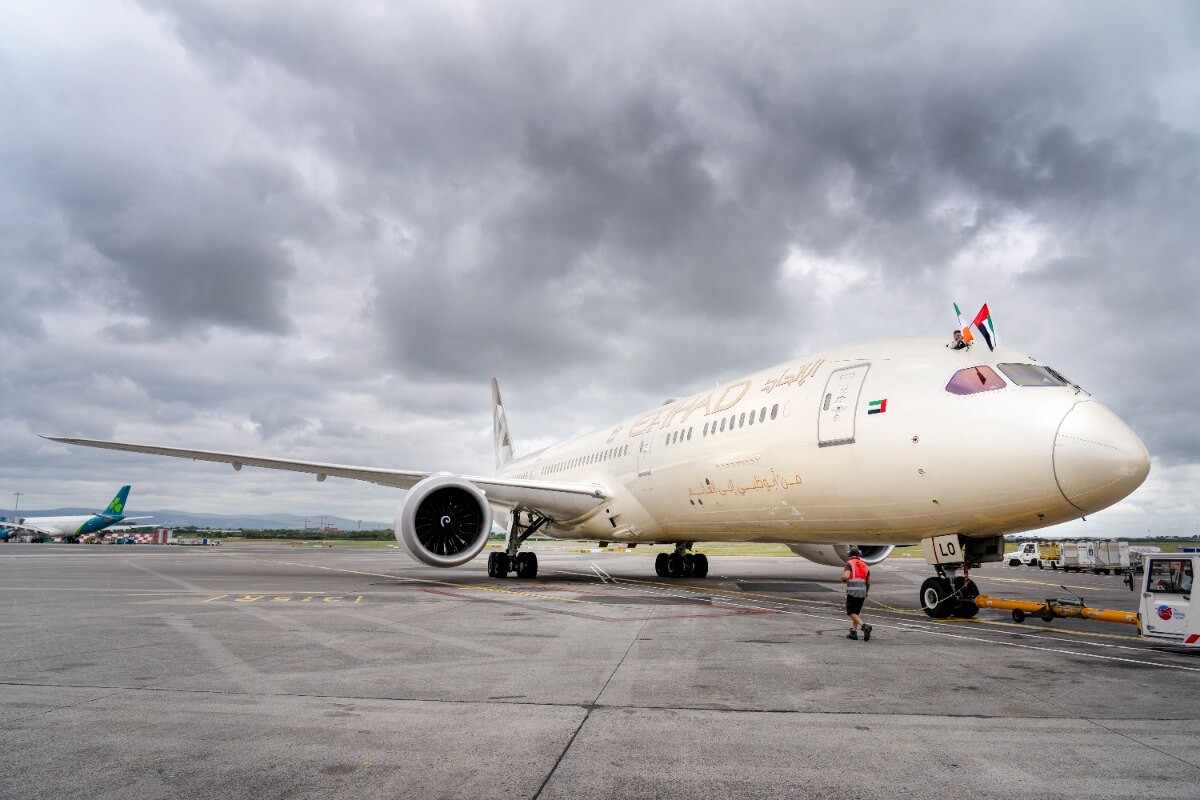 Etihad Airways, the national airline of the UAE, is celebrating 15 years since it first launched flights to Ireland, connecting the country with Abu Dhabi and onwards to destinations worldwide.

While flight schedules changed over the following years, Etihad has announced that it has increased its flight schedule from Dublin from five to seven flights a week from July 2022.

“We have been very proud to have won numerous awards along the way including the Irish Travel Trade Award for ‘Best International Airline’. To date, we’ve carried more than 3.6 million passengers to and from Ireland, connecting our guests with the world via our home Abu Dhabi.

“Guests flying with us from Dublin will experience Etihad’s Boeing 777 as well as the Boeing 787 Dreamliner which is one of the most fuel-efficient aircraft in the world.

“This aircraft is the backbone of Etihad’s fleet and represents our commitment to being a leader in aviation sustainability.

“Just last week we were named ‘Environmental Airline of the Year 2022’ in the annual Airline Ratings awards as testament to this.”

An exciting traditional Irish step dancing performed by the famous Cairde took place as part of the evening’s entertainment.

The event was led by Etihad’s SVP Global Sales and Cargo, Martin Drew.

Also in attendance was Mohammed Hmood Al Shamsi, Chargés d’Affaires, UAE, who also gave a speech to the invited guests.

Before the special flight took off at 9:30am, the flight crew gave a commemorative flag wave of the UAE and Irish flags from the cockpit.