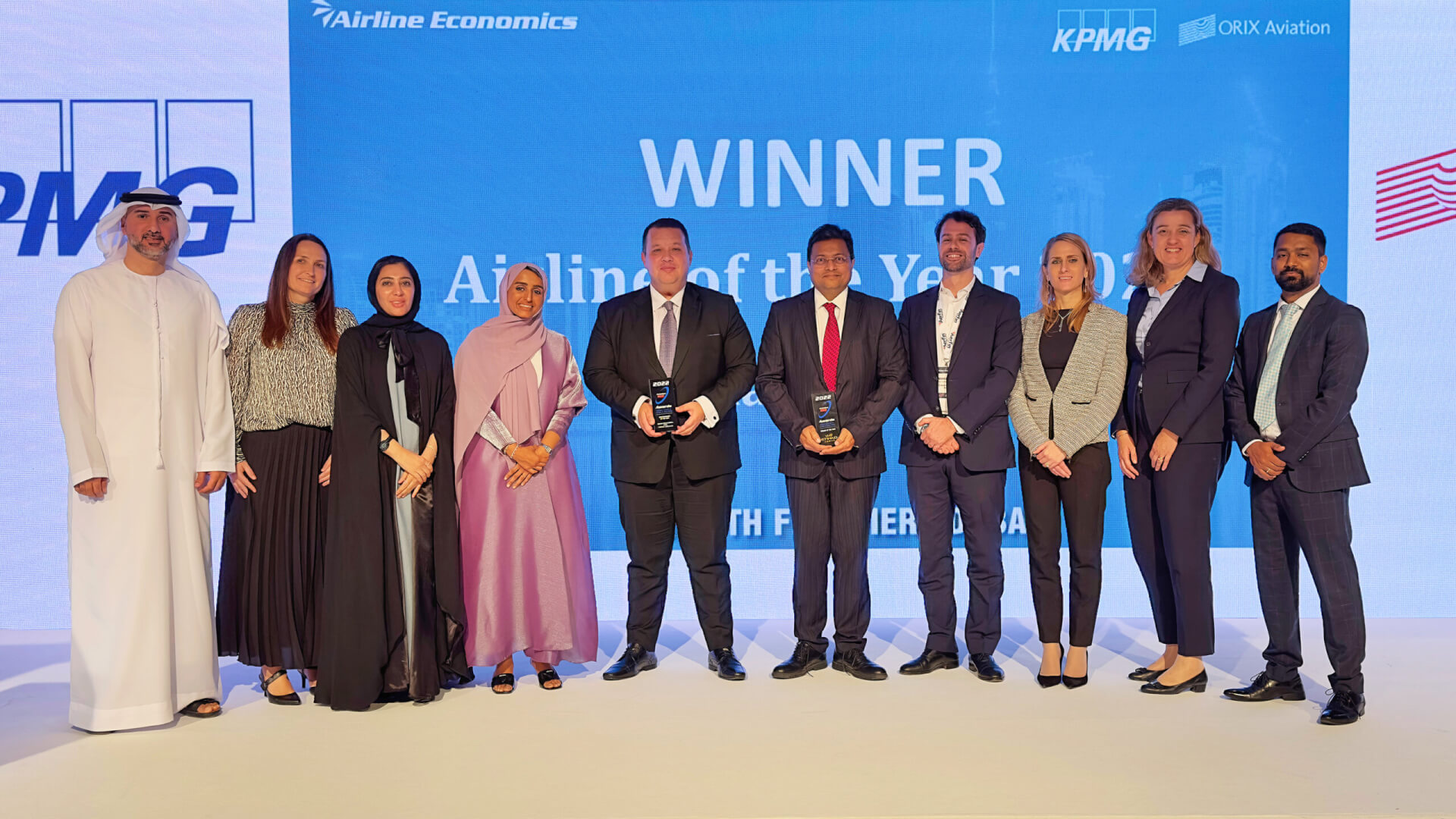 Now in their 11th year, the Airline Economics awards are held annually to recognise exceptional businesses, individuals and financial transactions in the commercial aviation industry.

Mr Boukadida said: “We’re incredibly proud to be named Airline of the Year by Airline Economics, which comes just before our 19th birthday at Etihad Airways.

“This award goes to our entire organisation and stands as a testament to the success of our transformation, in which every member of the Etihad family played an important role.

“This is a great way to celebrate our fantastic performance over the first nine months of 2022.”

Airline Economics recognised Etihad for its successful turnaround, which led to the airline posting a record-breaking core operating profit of US$ 296 million for H1 2022, with EBITDA improving by more than US$ 600 million to US$ 691 million in the same period.

The judges also considered the profit, debt, load figures, RPK, orders and routes for the Airline of the Year award.

The CFO of the Year award criteria included financing deals over 12 months, consistency of performance and the deals book for Etihad Airways, as well as feedback on the company and finance function from key regional and global counterparties and strategic partners.