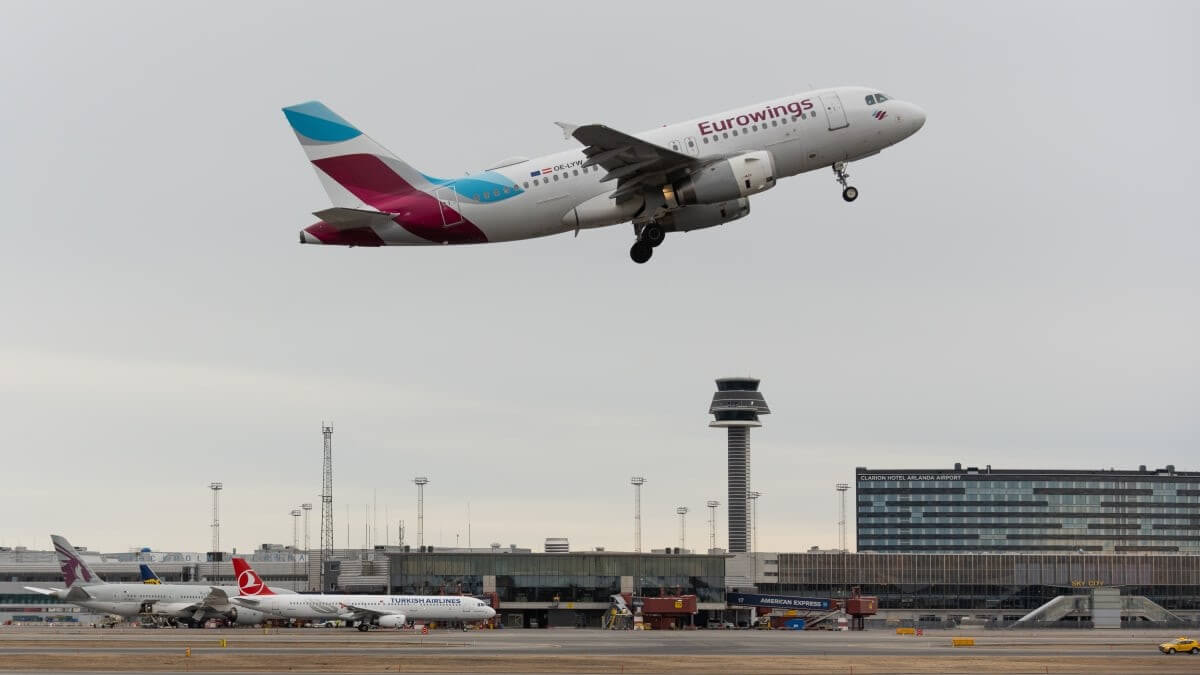 The Lufthansa Group’s low-cost carrier Eurowings continues to have strong confidence in the Swedish market’s desire for travel and is expanding its operations with non-stop service from its new base at Stockholm Arlanda during the winter.

The airline will meet demand from Swedish ski enthusiasts and launch a route to the Austrian Tyrol region.

Eurowings continues its expansion in Sweden and at Stockholm Arlanda Airport.

In conjunction with its summer 2022 programme, the airline opened a new base and launched nearly 20 European routes, which complement Arlanda’s other destinations on offer.

In conjunction with its winter programme, Eurowings is now adding another direct route to Innsbruck, often referred to as the capital of the Alps, with its proximity to nine different ski systems such as St Anton and Ischgl in Austria, Cortina and the Dolomites in Italy, and St Moritz in Switzerland.

In all, the German carrier is offering a total of twelve destinations this winter from Stockholm Arlanda. Eurowings is the only operator with scheduled service on this route.