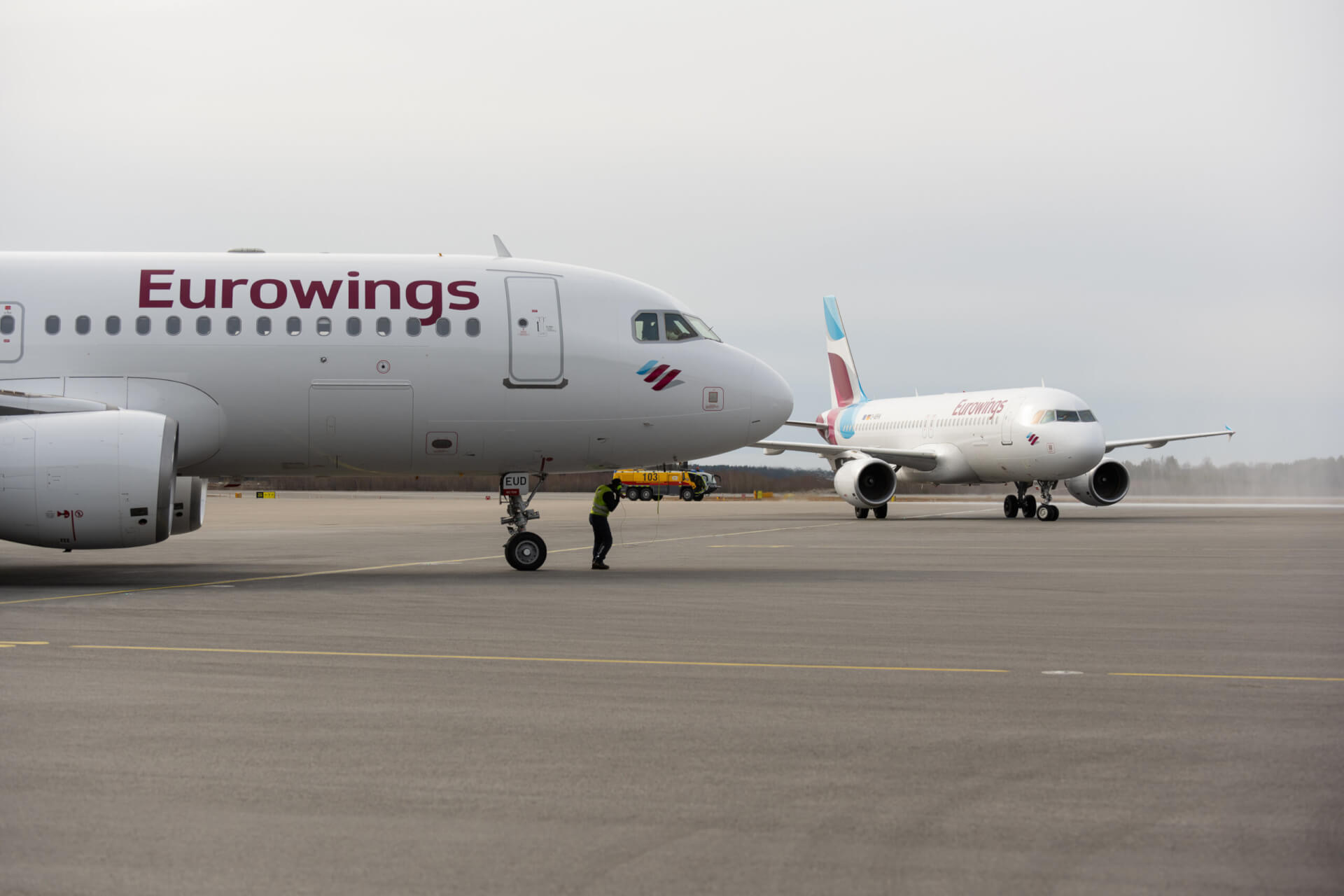 The German low-cost carrier Eurowings continues to have strong faith in the Swedish market and is adding another direct route from Göteborg Landvetter in conjunction with its summer programme.

The airline is meeting demand and launching service to Berlin.

Eurowings continues its expansion in Sweden and at Swedavia’s airports and is now launching a new direct route to the German capital from Göteborg Landvetter Airport.

The Lufthansa Group’s low cost carrier is thus expanding its offering from Göteborg Landvetter by adding a third destination, along with its existing year-round service to the carrier’s base in Düsseldorf and its summer route to Hamburg.

In conjunction with the summer 2022 programme, the airline opened a new base and launched service on nearly twenty European routes from Stockholm Arlanda Airport.

This winter, it started non-stop service to Düsseldorf from Kiruna Airport and Luleå Airport.

Germany is the country that the largest number of passengers have flown to from Göteborg Landvetter during the year, and Berlin – considered to be perfect for a city break or long weekend – is one of the most popular destinations from the airport.

There has not been any direct link to the German capital. Leisure travellers constitute the largest proportion of passengers, but the increased connectivity is naturally also positive for businesses in the region and the hospitality industry.

More than half of passengers flying to Sweden are Germans, and Germany is one of the largest markets for visitors from the Gothenburg region.

“We welcome the investment that Eurowings is making in the region by launching another direct international route from Göteborg Landvetter ,” says Elizabeth Axtelius, Director of Aviation Business at Swedavia.

“Germany is our biggest market and an important market for western Sweden. Both leisure and business travellers from the Gothenburg region can reach Berlin more easily, and German visitors can more easily visit Gothenburg.

“Berlin was a growing market in the years before the pandemic, and we see that there continues to be increased interest.

“It is gratifying that we will once again have enhanced connectivity to the German capital.”