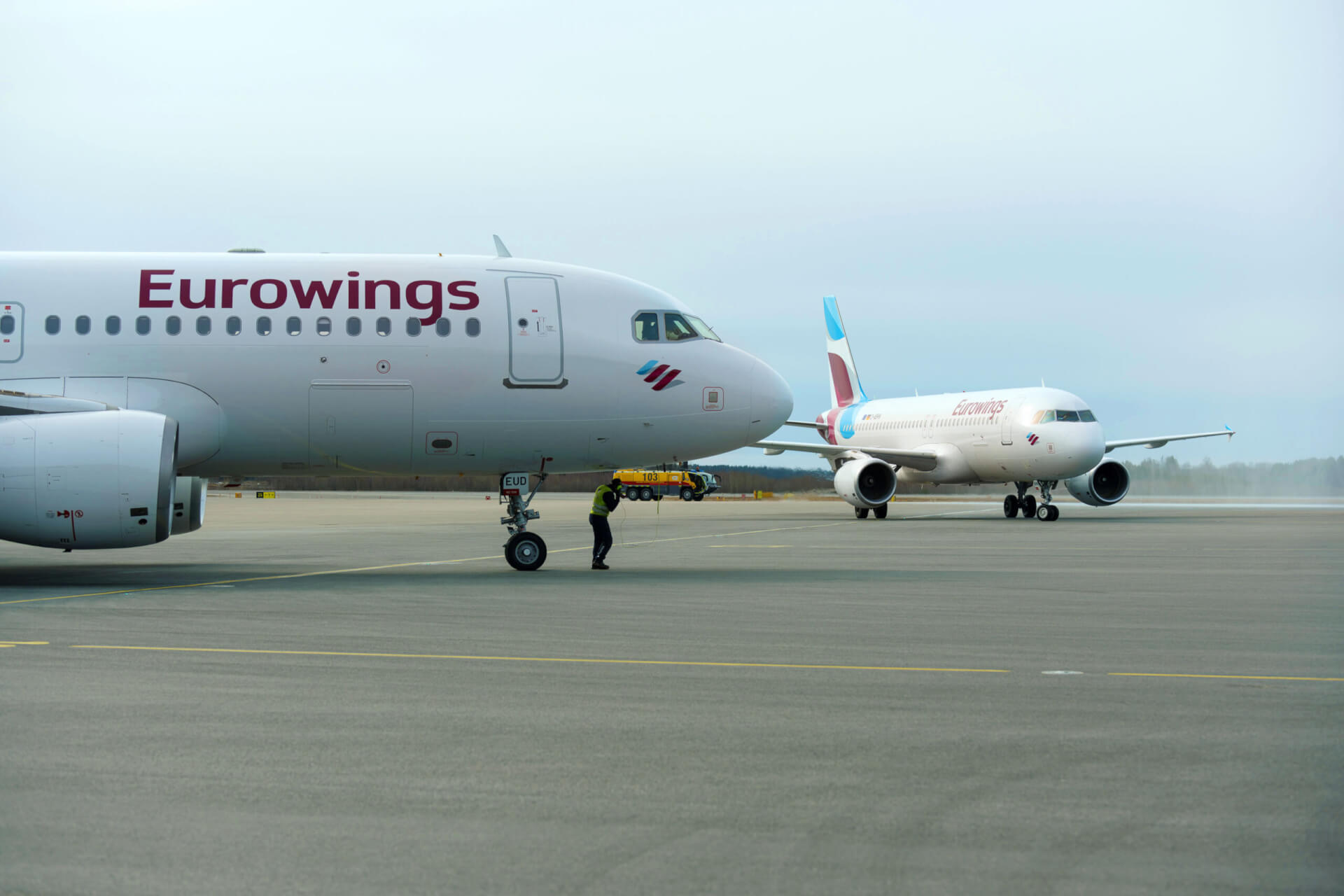 Eurowings continues its expansion in Sweden and at Swedavia’s airports.

In conjunction with the summer programme, it will launch two more new direct routes from Stockholm Arlanda Airport and expand its capacity to Berlin, Faro, Larnaca, Malaga, Nice, Palma de Mallorca and Prague.

In conjunction with the summer 2022 programme, the airline opened a new base and launched nearly twenty European routes, which complement Arlanda’s other destinations on offer.

Now two more new routes will be launched, and in late March 2023 Eurowings will fly non-stop from Stockholm Arlanda to Rome and Stuttgart.

There has been strong growth in the number of passengers flying to Italy over the past three years, and Rome is the biggest Italian destination from Stockholm Arlanda.

Germany is Sweden’s second biggest trade partner and a vital market for both business travel and the leisure travel segment. So far this year, it has been one of the biggest air travel markets from Arlanda.

The Stuttgart route has had no service from Stockholm for several years, but there is great demand.

Before the pandemic, most passengers from Germany flying to Sweden travelled as tourists, to visit relatives and friends, or to do business.

The automobile sector is big in Stuttgart, and roughly one third of passengers travel for business purposes.

“There is great faith in the Swedish air travel market, and the growth of Eurowings in time for the summer season is another sign of this,” says Elizabeth Axtelius, Director of Aviation Business at Swedavia.

“Rome is by far one of our most popular destinations for Swedish tourists, and Eurowings’ service will be a nice addition to our existing range of destinations.

“It is clear that there is very strong demand for direct routes to Italy, and this expanded offering benefits both Swedish and Italian travellers.

“Germany is one of Arlanda’s biggest markets, and it is especially great to have the new direct route to Stuttgart.

“There is strong demand for this destination, and the new connectivity is important for both leisure and business travellers, not least Germans travelling to Sweden.”