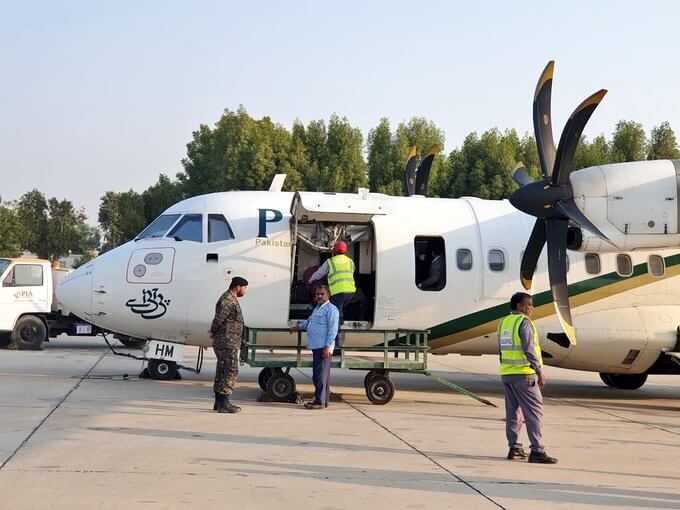 Passengers aboard a Pakistan International Airlines (PIA) aircraft got the fright of their lives this past Sunday 23 February as the planes emergency exit door was suddenly flung open as it was making its approach while landing.

The plane was able to land safely at Sukkur airport and there were no reports of injuries onboard.

PIA spokesperson has claimed; “The emergency exit door got opened when a passenger used door’s handle as a support for getting up from seat. The incident did not damage the aircraft and no one was hurt.”

Amazingly this wasn’t the first or second time such an incident has occurred on a PIA flight, in January last year, a female passenger aboard PIA flight PK702 had accidentally opened the aircraft’s back door, while another PIA plane with 393 passengers flying from Manchester to Islamabad was delayed for over seven hours after a woman pulled opened the back door on the runway.