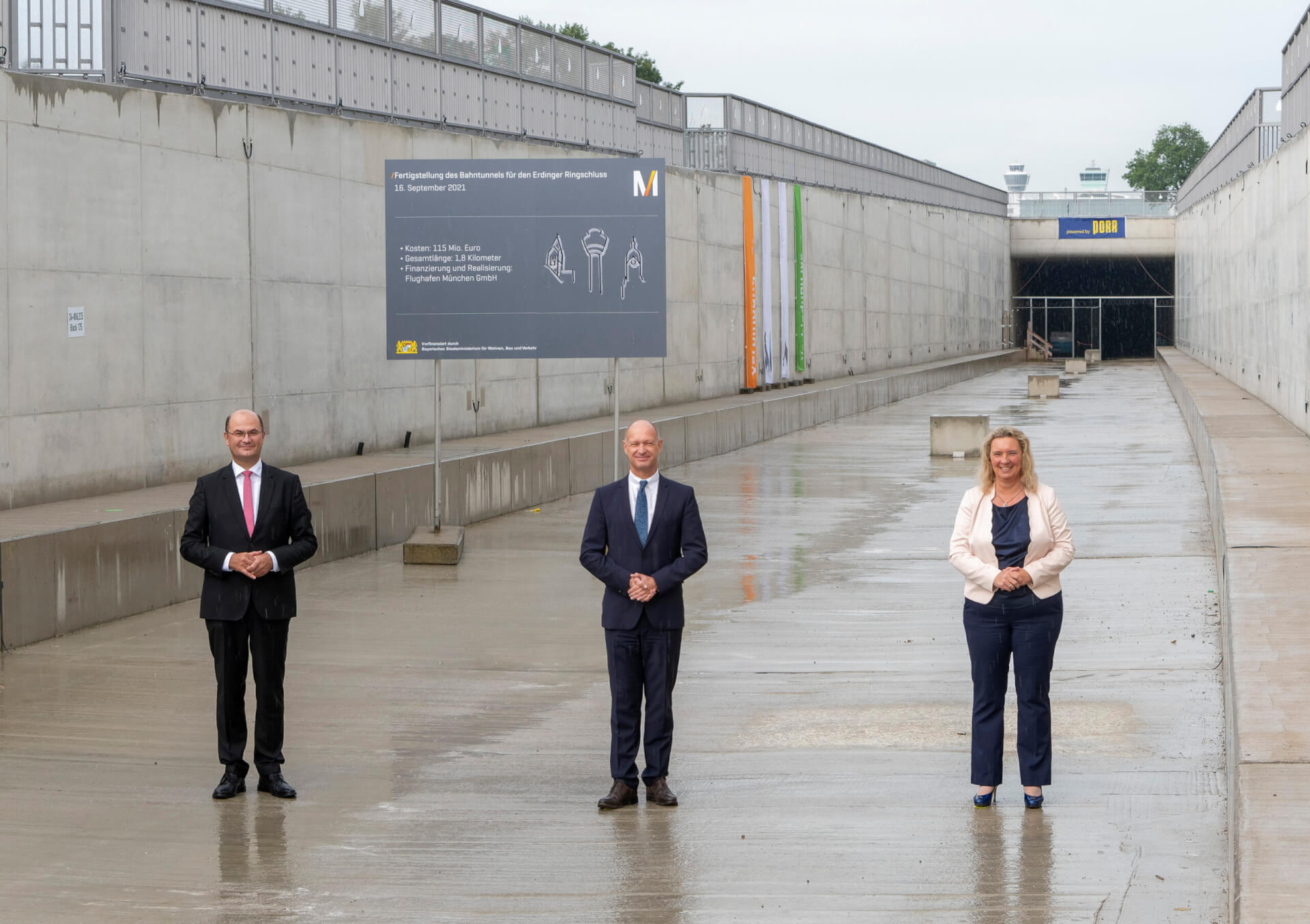 Three years after the official groundbreaking ceremony for the extension of the rail tunnel at Munich Airport, which will provide a better connection between the airport and southern and eastern Bavaria as well as the Salzburg region, the shell has now been completed on schedule.

The tunnel already in place, which ended at the Terminal 2 satellite building, has been extended eastward to allow trains and S-Bahn light rail services to pass through the airport.

Munich Airport is spending a total of EUR 115 million on the construction work, which has now finished.

At 61,000 square meters, the excavation covered around the same total area as five soccer fields.

Approximately 16,000 metric tons of reinforcing steel were used to build the tunnel, amounting to one and a half times the weight of the Eiffel Tower.

Airport CEO Jost Lammers spoke of the “proverbial light at the end of the tunnel”: “Improved connections between Munich Airport and the railroad network are absolutely crucial to the future development of Munich Airport.

“They will be good for passenger convenience as well as for combating climate change. The more travelers arrive at our airport by train, the lower the harmful emissions produced by feeder traffic,” said Lammers.