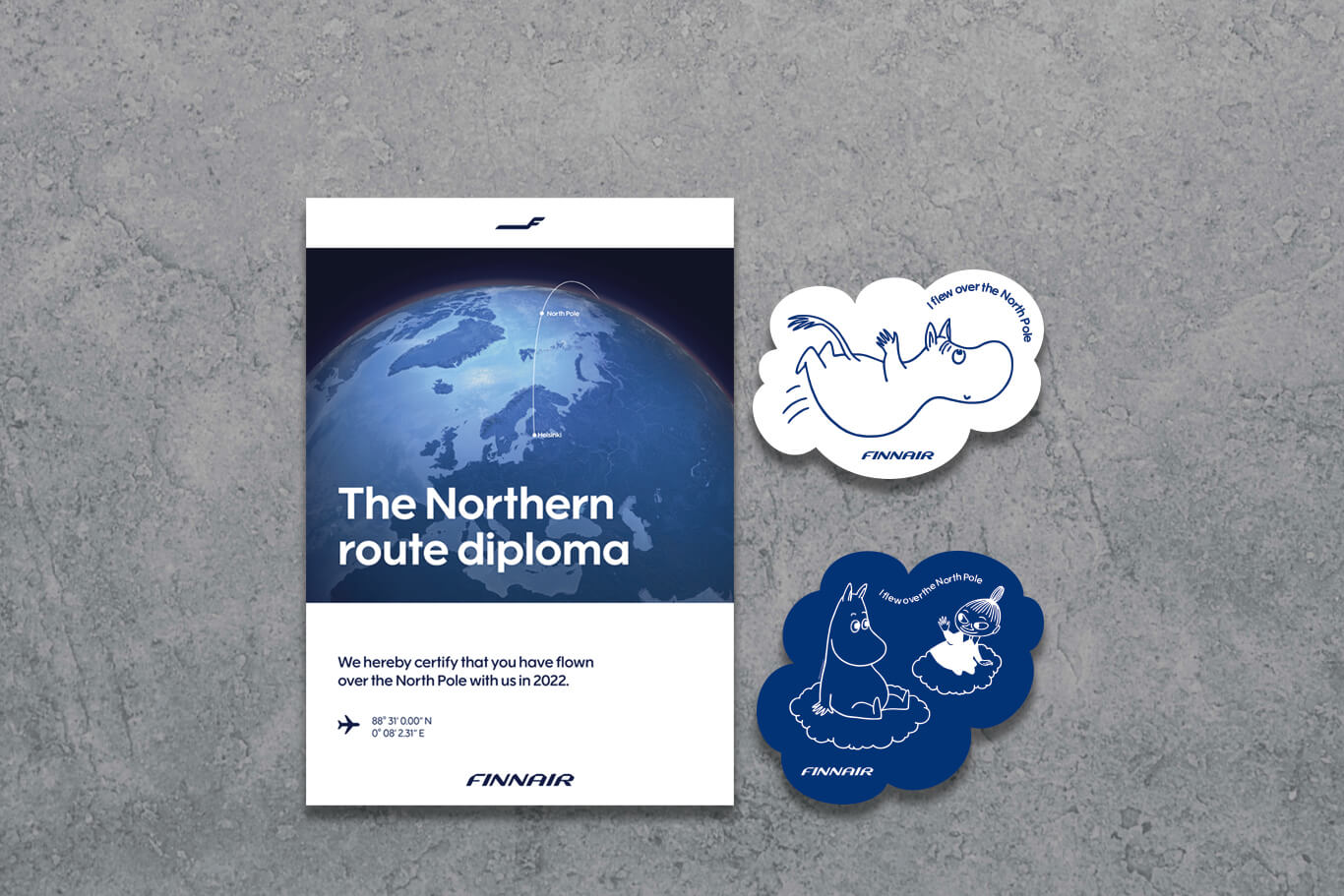 Finnair customers who take flights to Japan and South Korea which now pass over the North Pole are to receive a special certificate to mark the moment.

The Finnish carrier’s first flight over the North Pole in almost three decades took place on March 9 this year, as the AY073 flew from Helsinki to Tokyo Narita.

But instead of heading directly east, it headed north and passed directly over the North Pole as part of its extended flightpath to Japan, skirting around now closed Russian airspace.

Finnair’s Airbus A350 took 12 hours and 52 minutes to complete its journey across the polar expanse, with customers on board being told when they passed over the North Pole.

It marked a return to the North Pole for Finnair after becoming the first airline to fly over it, non-stop from Europe to Japan, nearly 40 years ago.

In 1983, the first Finnair pilot to fly over the North Pole was Ismo Kuosmanen.

Now, almost 40 years later, his son and Finnair A350 captain, Aleksi, was one of four Flight Crew to recreate the landmark flight, with Captain Kari Holopainen at the command.

Aleksi Kuosmanen, Finnair Captain and Deputy A350 Fleet Chief, said: “Flying over the North Pole is probably a part of every long-haul pilot’s bucket list, and for me this flight has this additional personal meaning.”

“Hours and hours of careful planning preceded this flight, to ensure a smooth and safe flight.

“There were airports along the polar route – in Scandinavia, Northern Canada, Alaska and Northern Japan – that we had not used before, so a lot of information gathering was done to ensure our defined alternative airports are feasible for us to use.”

While noting that while the flight over the North Pole itself was uneventful, Aleksi said: “The only noticeable thing was that the good old magnetic compass that we have in the cockpit went a bit haywire.”

The magnetic compass is a back-up system only, while the aircraft’s other navigation systems maintained navigation accuracy in the Polar region.

Finnair’s northern route took the flight from Finland to Norway over Svalbard and the North Pole towards Alaska and then across the sea to Japan.

Riku Kohvakka, Finnair Flight Planning Manager, and his team calculated the basic data for the new routings, including the flight time, payload, fuel consumption, terrain and navigation fees, to arrive at the cost for the flight for Finnair’s Traffic Planning’s department.