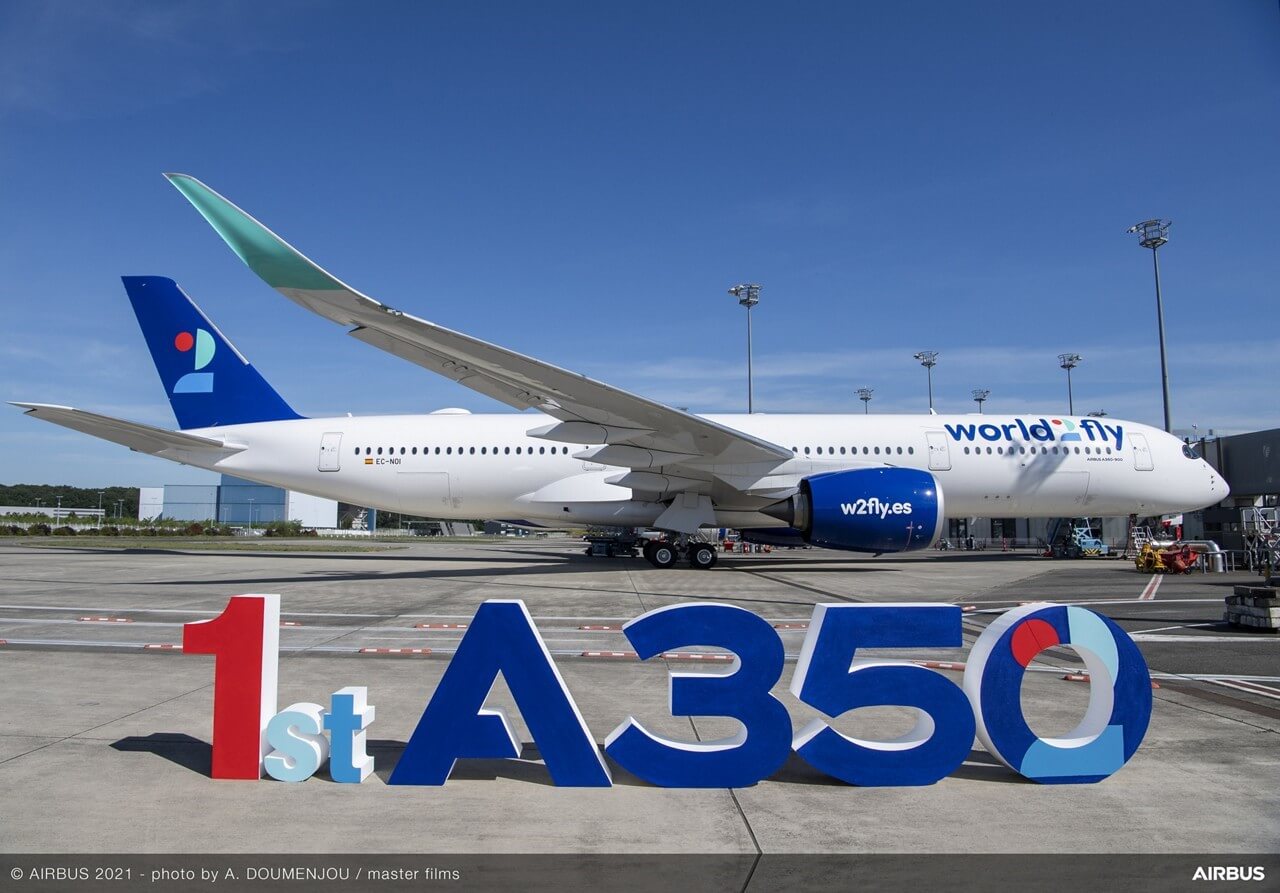 World2fly, the new long-haul airline recently founded by the Spanish hotel company Iberostar, has taken delivery of the first of two A350-900s on lease from Air Lease Corporation, becoming the latest operator of the world’s most efficient large widebody aircraft.

The airline, based on the Balearic island of Mallorca, will operate the two leased A350-900 aircraft on long-haul routes from Madrid to leisure destinations, such as Punta Cana (Dominican Republic), Cancun (Mexico) and La Habana (Cuba).

By the end of May 2021, the A350 Family had received 915 orders from 49 customers, making it the reference large widebody family for the next decades.