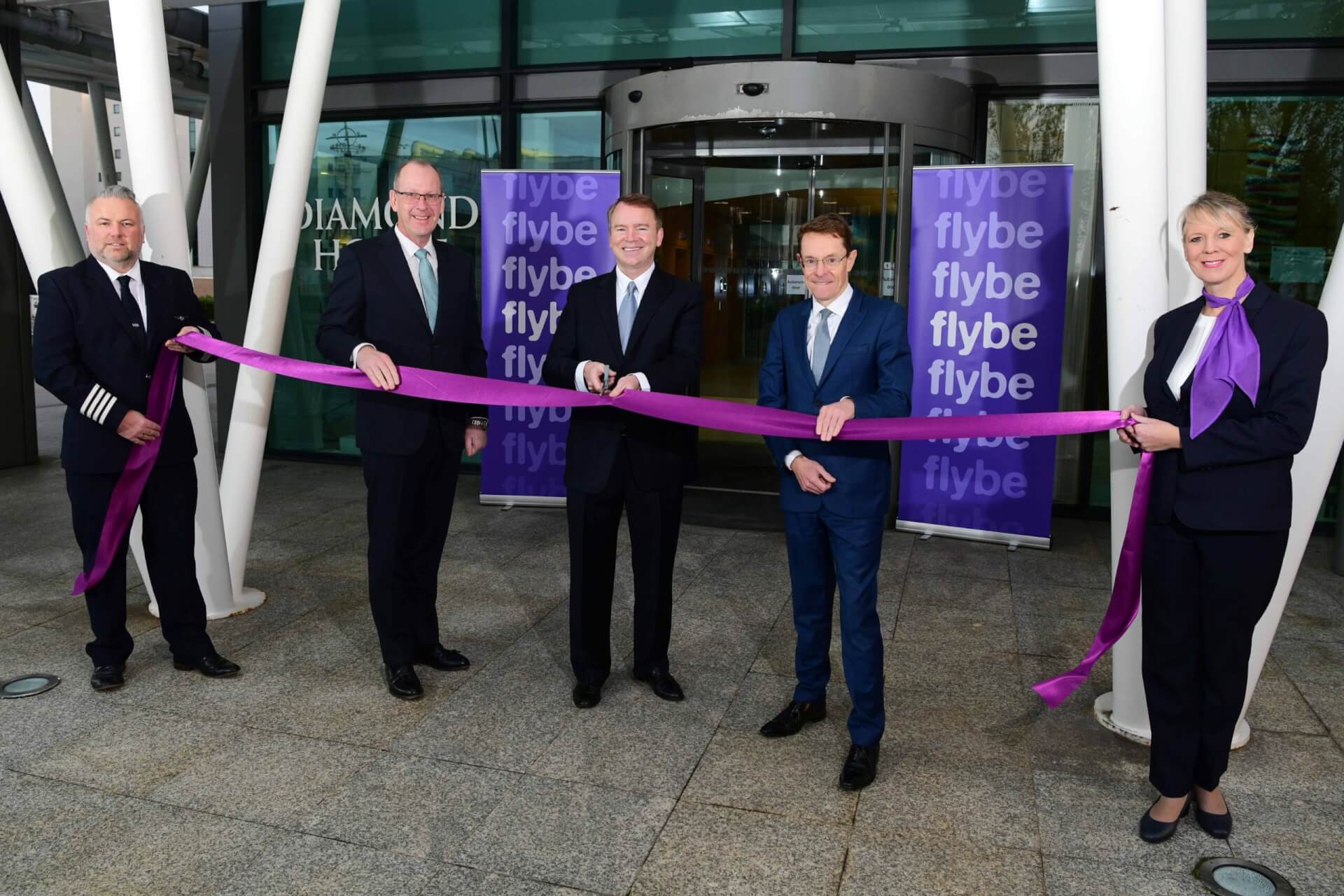 One of Britain’s newest commercial airlines in several decades, Flybe Ltd, has today announced that Birmingham Airport will be its new company headquarters and first new crew base.

Amongst one of the first UK airlines to be certified by the Civil Aviation Authority (CAA) since Brexit, Flybe will serve key regions across the UK and EU with operations scheduled to begin in early 2022.

Birmingham Airport’s Diamond House will be the location of the company’s new HQ and Operations Centre, in a move that is expected to create approximately 200 direct new jobs in the Birmingham and West Midlands region over the next three years, with an estimated additional 400 direct jobs to be created nationwide during that same time frame.

Flybe CEO Dave Pflieger said: “We are thrilled to be partnering with Birmingham Airport (BHX), the City of Birmingham, and the Mayor of West Midlands to make BHX the location of our new headquarters and first crew base.

“It was an ideal choice for us due to its great people and highly skilled workforce, its central UK location, and the fact that Birmingham Airport is a global travel hub where local and connecting customers have access to over 150 worldwide destinations.

“Today’s announcement marks the culmination of over 12 months of dedicated hard work by all involved, and it would not have been possible without the support of the CAA and the UK Government.”

Andy Street, Mayor of West Midlands, said: “It really is such brilliant news that Flybe is coming back as a commercial airline, and even better that it has chosen Birmingham to house its new headquarters.

“Not only does this mean better domestic and international connectivity for our region as well as local jobs and opportunities being created here, but it’s yet another show of faith in the West Midlands with businesses choosing to commit to our region as we recover from the pandemic.

“Flybe’s choice highlights the strength of the aerospace sector in the West Midlands and the talent pool available, and I wish Dave and his team all the very best ahead of their official launch early next year.”

Nick Barton, Chief Executive, Birmingham Airport, added: “Flybe’s announcement that Birmingham has been chosen to become the headquarters for its launch next spring is fantastic news for our region’s connectivity needs, and it will bring with it some great new employment opportunities.

“Dave’s vast experience in managing start-up airlines and turnaround situations, coupled with the recovery of the Midlands’ economy post-Covid, means that Flybe’s return to the skies from Birmingham is a shot in the arm for our airport as well as West Midlands businesses and communities.

“We look forward to working with Dave and his team in preparation for next spring and to launch such a well-known brand here in Birmingham.”