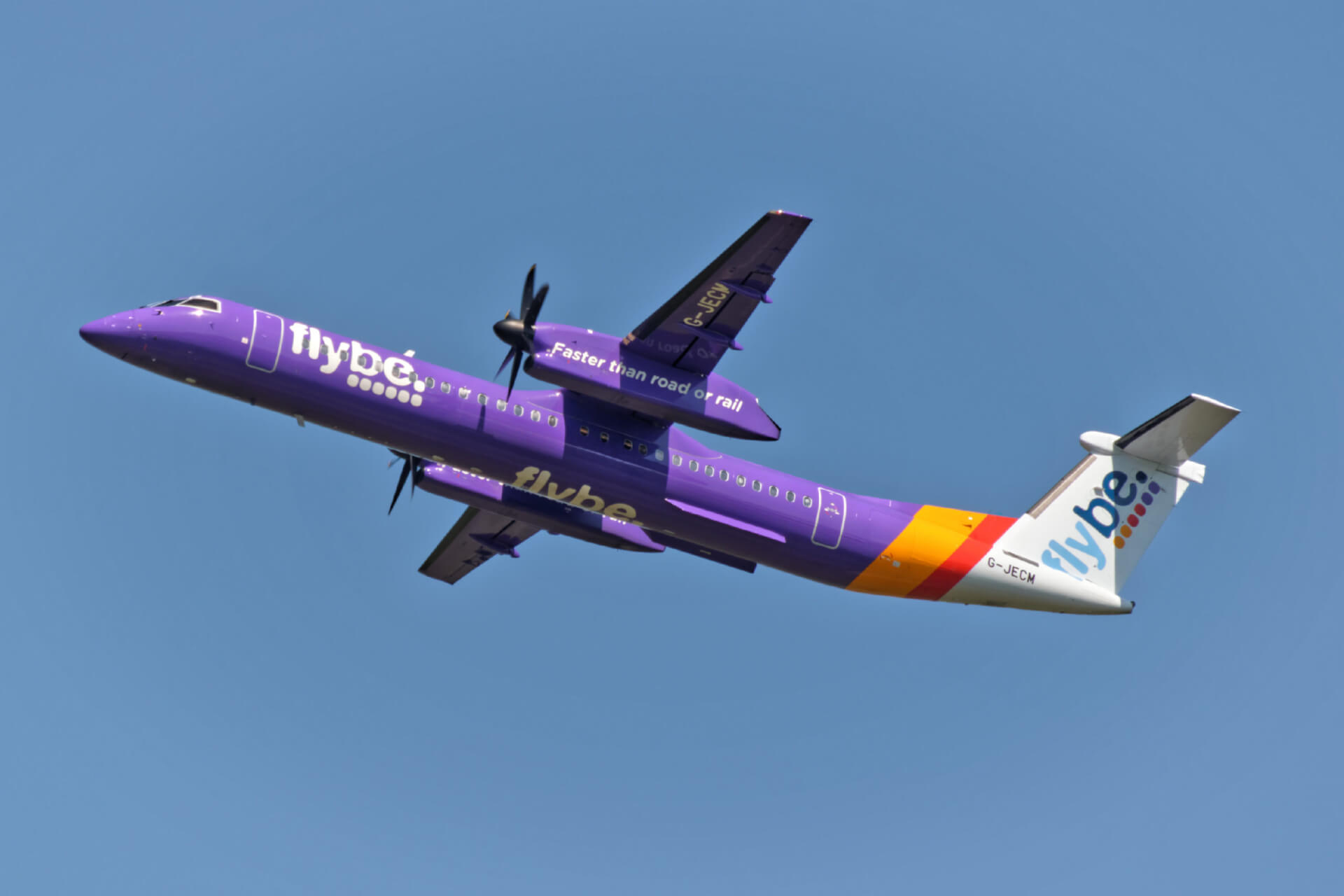 AN airline which served Teesside Airport and collapsed into administration last year is set to make a return after being bought out.

Flybe, which operated several flights per week from the North-East, collapsed into administration with the loss of around 2,400 jobs in March, last year.

Passengers flying from Teesside were largely unaffected as Eastern Airways continued to operate flights previously belonging to the airline.

At the time, the airline had been hit by a slump in bookings following the Covid outbreak and had failed to secure a £100m rescue loan.

In the hours leading to its collapse, there had been reports of Flybe aircraft “impounded at UK airports” and passengers being turned away.

But last night, it was confirmed that the brand would return to the skies after administrators said they had completed the sale of the airline.

Thyme Opco was named as the buyer of Flybe’s business and assets, indicating a plan to resume flights this summer, although on a smaller scale than before.

It is understood that the new owners, which will rename as Flybe Limited, are linked to Cyrus Capital.

Simon Edel, an administrator at EY Flybe Limited Administration, said: “Completion of the sale of Flybe is positive news for local communities previously served by Flybe.

“The launch of a new Flybe will enhance regional connectivity across the UK and create new job opportunities within the airline industry.

“Flybe stands to make an important contribution to local economies as they rebuild after the pandemic and as restrictions ease to allow an increase in air travel.”

A Flybe Limited spokesman said: “We are extremely excited to announce the conclusion of almost six months of dedicated hard work by the great team at Flybe, the UK Civil Aviation Authority, the European Commission, and the many others who made this announcement possible.

“Today’s news represents a critical first step in our mission to accomplish the first-ever rescue of an insolvent British airline.

“Subject to further success with vaccinations and relaxation of travel restrictions, we plan to launch a new and much-improved Flybe sometime this summer on many of our former routes where there remains a critical need for a strong, reliable, and customer-focused airline.

“While our company will initially be smaller than before, we intend to grow, create valuable jobs, and make significant contributions to essential regional connectivity in the UK and EU.”

Further details of routies and airports served under the saved company have not yet been revealed.

It is unclear how many jobs will be rescued under the purchase.