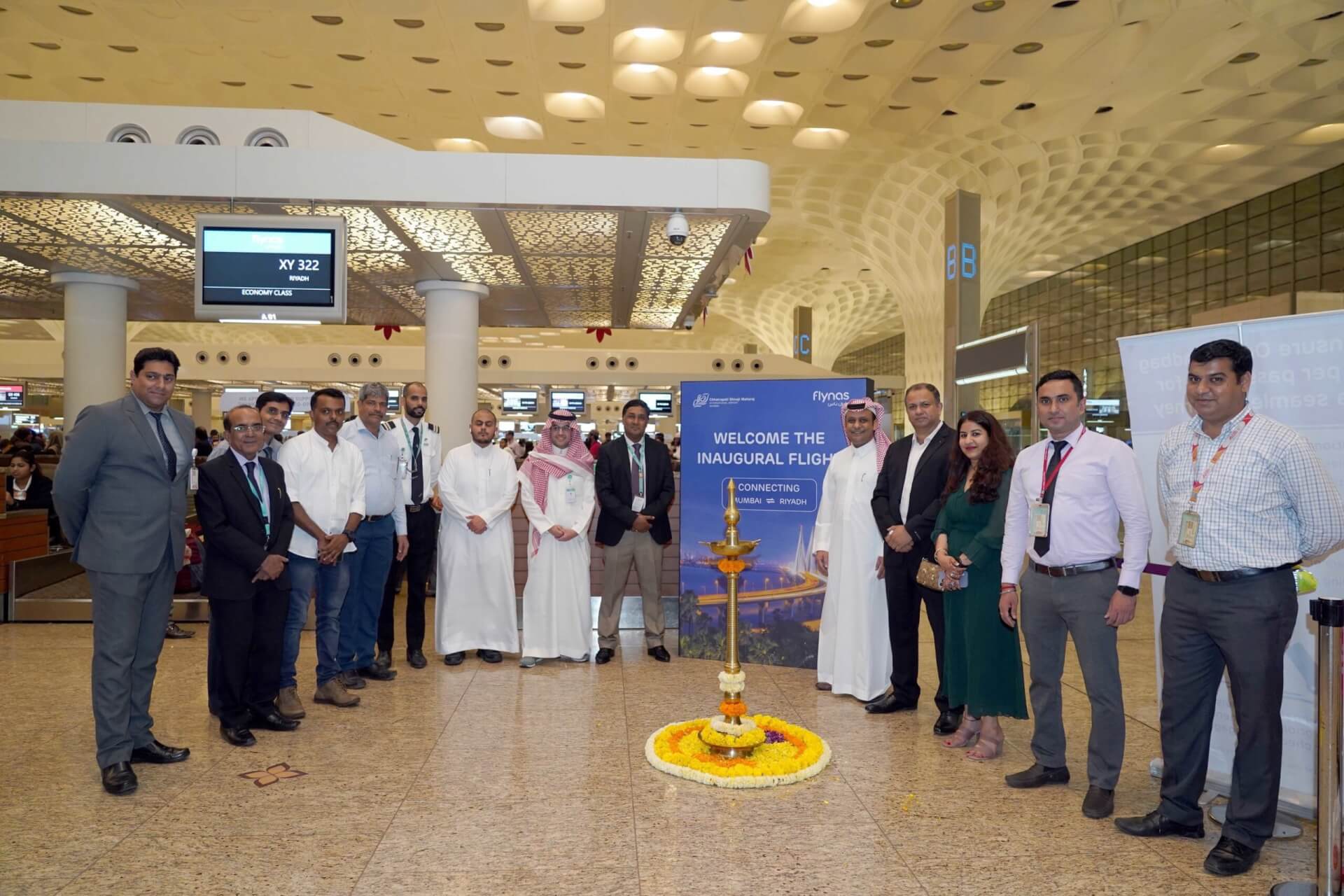 flynas, the Saudi carrier and leading low-cost airline in the Middle East, announced the inauguration of operating direct flights from Riyadh and Dammam to Mumbai, making the largest city in India to be the 5th destination for flynas in the country.

Mumbai will now join Delhi, Lucknow, Calicut, and Hyderabad on the growing destinations list of flynas as the company continues growing in India, the second most populous country in the world.

Daily direct flynas flights connecting Riyadh with Mumbai started departing from King Khalid International Airport in Riyadh back and forth as of October 20.

Stefan Magiera, flynas Chief Commercial Officer, “Most of flynas’ aircraft are the brand new Airbus A320neo which have the most efficient and environmentally friendly engines and the largest seat pitch of all low-cost carriers between the Kingdom of Saudi Arabia and India; this expansion is part of our long-term plan to become the No 1 airline between the Kingdom and India and to serve more direct routes”.

“More growth to be expected, with more destinations in India and more routes” he added.

“We will also offer connectivity within the Kingdom, where our passengers can continue their flights on our planes to Jeddah or Medina.”

Growing in the Indian market comes in line with flynas’ expansion strategy and its plan launched at the beginning of the year under the slogan “We Connect the World to the Kingdom” after the growth achieved by the company in all its operations during the first half of 2022.