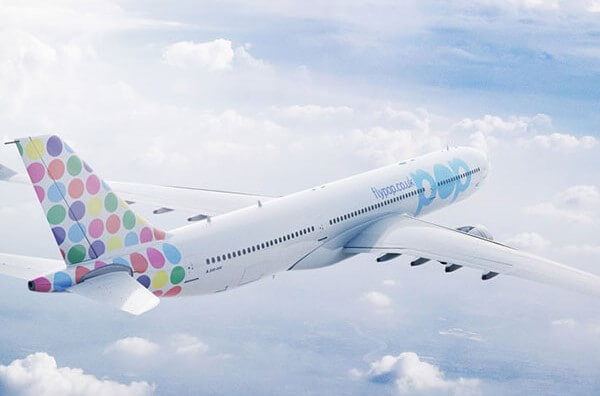 flypop has announced a significant investment from the UK Government’s Future Fund. flypop, the UK’s only international long-haul low-cost airline, plans to launch in 2021 with scheduled flights to India. It will cater not only to the UK’s Indian/South Asian diaspora (and their visiting friends and relatives) but will also serve those keen to explore the Indian sub-continent and region with very low-priced flights.

“The funding from the UK Government’s Future Fund will play a key role in putting flypop in a position to start flights, initially between the UK and India, something which will contribute significantly to the economic growth and closer cultural links between these two Commonwealth partners and eventually with all of South Asia,” said Nino Singh Judge, Founder and CEO of flypop.

flypop, now completing its final funding round, will begin negotiating low cost airport deals in both the UK and India. In addition, it will continue discussions with aircraft manufacturers to secure the best deals which will enable the company to offer the lowest possible fares to the public.

The UK economy is expected to benefit significantly from closer travel links with India when flypop starts flying. flypop will offer employment opportunities to flight and cabin crew (amongst others) at a time when the airline industry has been suffering the biggest challenge in its history and thousands have lost their jobs.

Promising to deliver a “truly special UK-India relationship”, Prime Minister Boris Johnson said during his recent election campaign, “When I was with Prime Minister Modi, I stressed that the UK and India are two modern democracies who should work closely together to promote trade and prosperity, improve global security and tackle the challenges our countries face”. On the campaign trail, whilst on a visit to London’s Neasden temple, Prime Minister Johnson also mentioned his personal relationship with ‘Narendra bhai’ (a reference to Prime Minister Modi), and hailed the contribution of our 1.5 million-strong Indian community, without which the UK would be lesser in so many ways.

The Government’s Future Fund will support the UK’s innovative businesses currently affected by Covid-19. These businesses have been unable to access other government business support programmes, such as CBILS, because they are either pre-revenue or pre-profit and typically rely on equity investment.

Initially, £250 million was made available by the government for investment through the scheme, to be matched by private investors, with the Treasury making clear the amount could be increased if needed. Due to the popularity of the Fund, more funding is being made available. Developed by the government and delivered by the British Business Bank, the Government’s Future Fund launched for applications in May and will initially be open until the end of November.

flypop would like to thank HM Treasury and the British Business Bank for their support during these critical times.

flypop would also like to acknowledge the invaluable assistance it received from its legal adviser, leading next-generation City law firm, McCarthy Denning, who have been instrumental in making flypop’s UK Government Future Fund application a success.