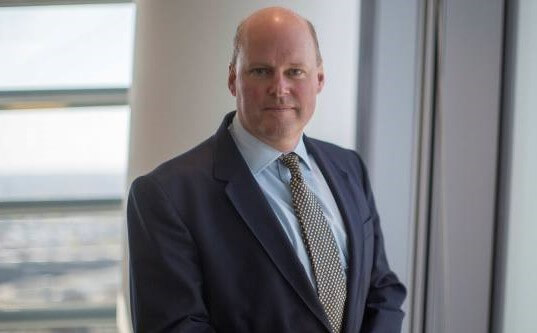 City heavyweight Stephen Hester, who led RBS and insurer RSA, has been named the next chairman of budget airline Easyjet.

Easyjet this morning named Hester as its director and chair designate.

Hester will join the Board as a non-executive director on 1 September and then he will succeed John Barton as the airline’s chair on 1 December.

The City veteran was CEO of RSA Insurance from February 2014 and left the post in May.

Before that he had a colourful stint as chief exec of Royal Bank of Scotland (now NatWest), arriving just as it was bailed out by the taxpayer to the tune of £45bn in the aftermath of the Global Financial Crisis.

At RBS Hester’s task was to steer the bank through the fallout to the financial crisis, which hit RBS harder than almost any other bank in the country and led to it being mostly owned by the state.

Since the financial crisis, RBS Group – now called NatWest – has been slimming down from its position as one of the world’s biggest banks.

It was a process put in place by Hester and continued by his successors after he stood down in 2013 following several high-profile rows with politicians over his bonus and RBS’s lending to small business.

He later joined RSA Insurance, another company which needed help turning around.

But in May RSA was sold to be broken up by one Danish and one Canadian buyer – a deal Mr Hester in part helped negotiate while recovering from surgery in hospital.

Hester said he was a long-standing admirer of the airline.

“I see so many opportunities for this iconic brand in the coming years, all underpinned by its proven business model, unrivalled network and loyal customer base. I am convinced we can be winners in the European airline industry of the future, serving customers well and driving attractive shareholder value. I can’t wait to join the Easyjet team. “

Shares in Easyjet opened higher, up 2.2 per cent to 817p this morning, on the news.