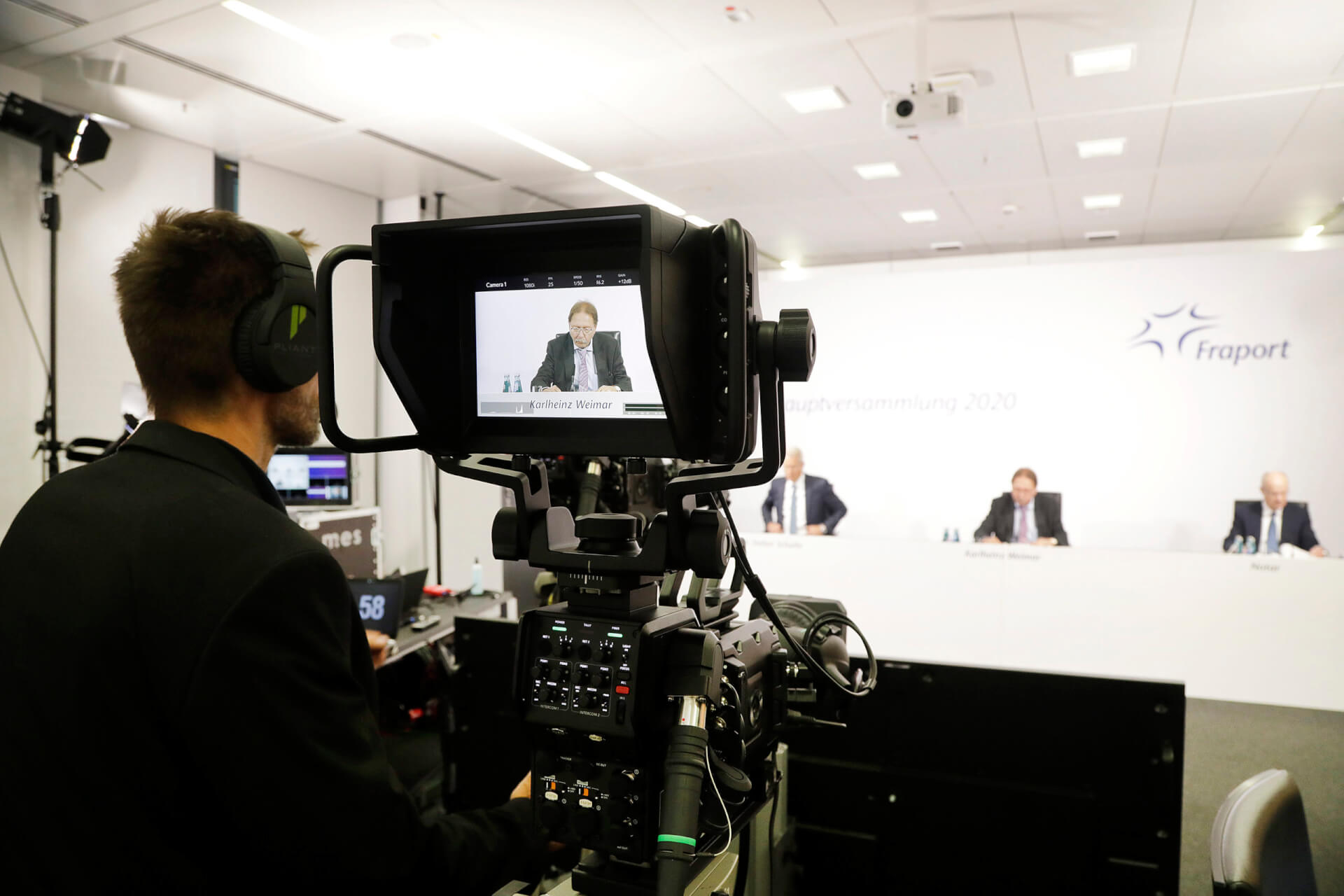 More than 1,300 participants followed this year’s live-stream AGM. 79.86 percent of Fraport AG’s capital stock were represented. Fraport supervisory board chairman Karlheinz Weimar officially opened the AGM at 10:00 and concluded the proceedings at 13:28.