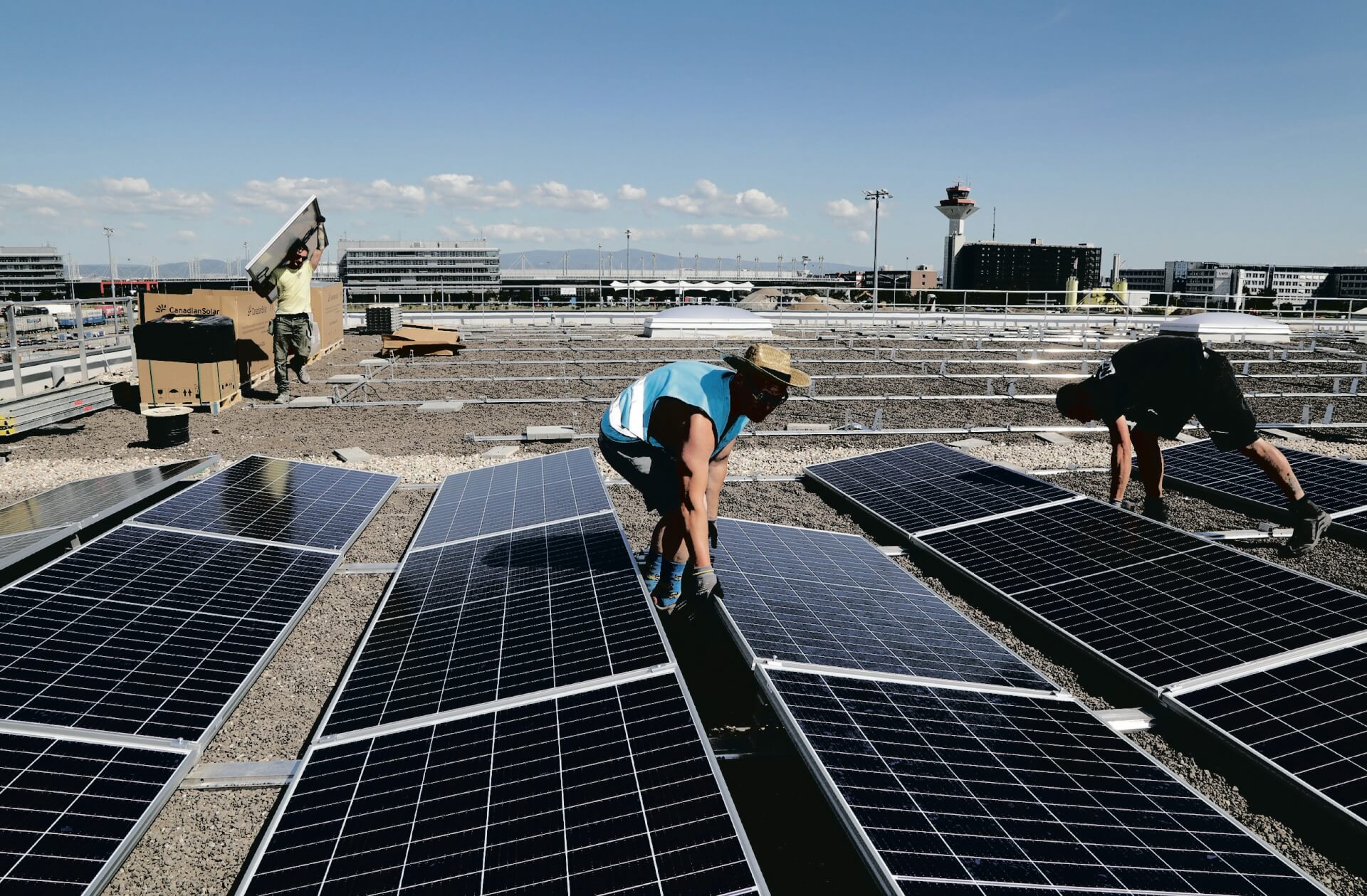 Fraport AG plans to source much of the electricity used at Frankfurt Airport from wind power in the future. This reflects the airport operator’s ongoing commitment to meeting its climate protection targets. The company intends to agree upon an annual minimum purchase quantity with the operator of an offshore wind farm from no later than 2025. The requisite market notification is being issued today.

Chairman of the Executive Board Dr. Stefan Schulte emphasized: “Even in these most challenging times, we remain firmly focused on the challenge of climate protection. With this wind power project alone, we plan to obtain around 85 percent of the electricity used at Frankfurt Airport from renewable sources from 2025.” Fraport remains committed to covering most of Frankfurt Airport’s electricity consumption using renewable sources by 2030.

The use of renewable energy is a key factor in meeting Fraport’s self-imposed climate protection targets. Fraport aims to slash its annual CO2 emissions at Frankfurt Airport from around 170,000 to 80,000 metric tons by 2030. The company plans to eliminate all emissions and be CO2-free from 2050.

Under a power purchase agreement, Fraport intends to agree upon the delivery of up to 350 gigawatt hours of green electricity per year with the operator of an offshore wind farm. Schulte explained: “We are looking for a reliable partner to help us step up our use of renewable energy. This type of agreement allows us to make secure plans for the future without having to implement the project ourselves.”

Solar power at the airport

At the same time, the company is committed to generating its own electricity at the airport. The first large-scale photovoltaic system at Frankfurt Airport is currently being built on a new cargo hall in CargoCity South. When finished, it is expected to generate over 1.5 million kilowatt hours of electricity a year – an amount that would power more than 450 four-person households for a year. Fraport has also pledged to build a photovoltaic plant on the parking garage of the new Terminal 3.

As things stand, these and further measures will take the green electricity share at Frankfurt Airport to around 94 percent by 2030.