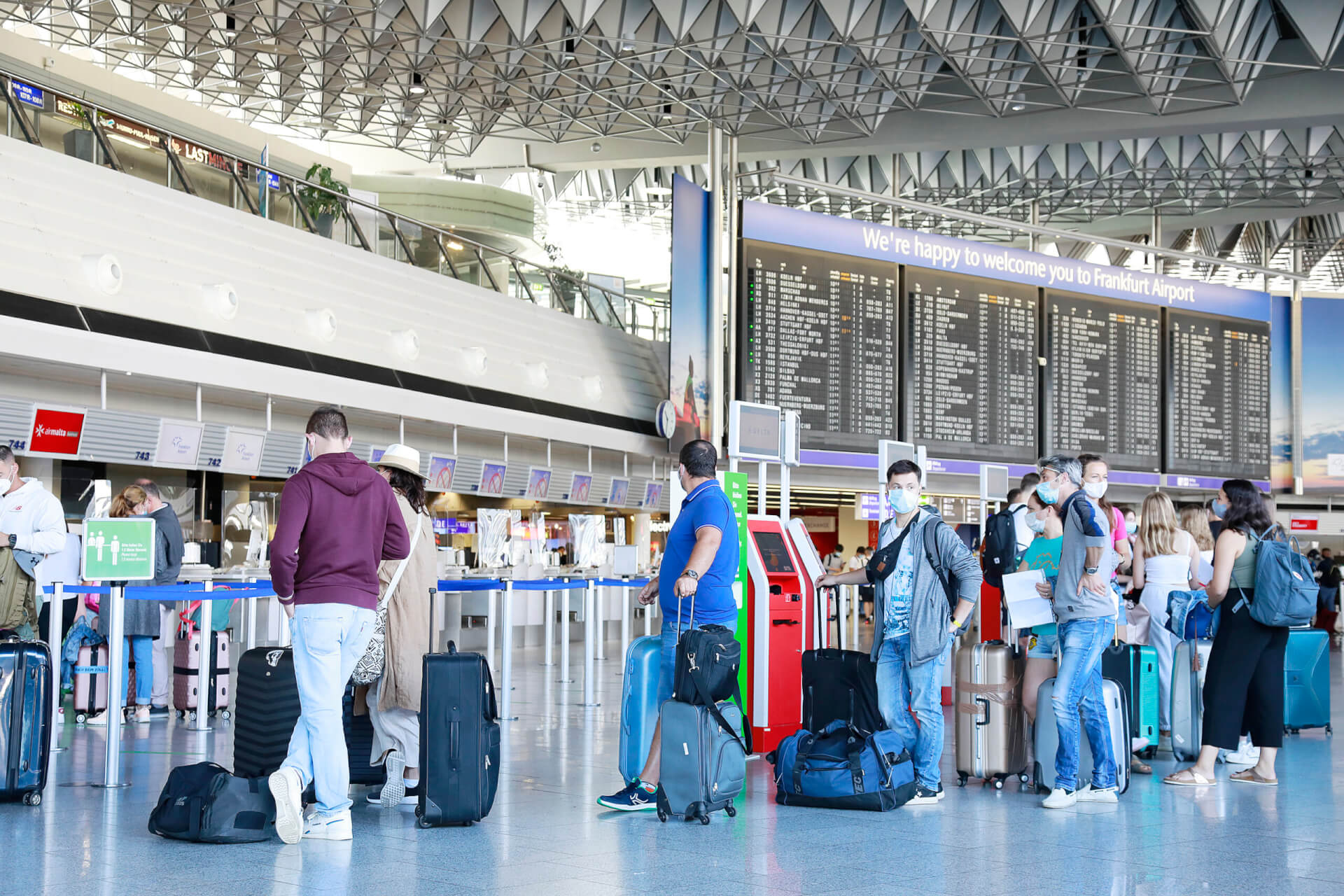 Impacted by the Covid-19 pandemic, the airport operator Fraport posted a sharp drop in revenue during the first half of 2020, with a clearly negative Group result (net profit). The operating performance, which already slowed down in the first quarter of the year, weakened further during the second quarter, in line with expectations. Frankfurt Airport’s passenger traffic plummeted by 94.4 percent year-on-year in the April-to-June 2020 period, while falling by a total of 63.8 percent during the entire first half. Also at Fraport’s Group airports worldwide, passenger traffic came to a virtual standstill in the second quarter.

In the first half of 2020, Group revenue slumped by 48.9 percent to €910.6 million year-on-year. Adjusting for revenue from construction relating to capacitive capital expenditure at Fraport’s subsidiaries worldwide (based on IFRIC 12), Group revenue decreased by 47.6 percent to €720.4 million. Group EBITDA declined by 95.6 percent to €22.6 million, while Group EBIT fell to minus €210.2 million (first half 2019: €279.1 million). With minus €308.9 million, the Group EBT also moved noticeably into negative territory (first half 2019: €214.8 million). The Group result (net profit) dropped to minus €231.4 million year-on-year (first half 2019: €164.9 million). With the exception of the Lima subsidiary, all of Fraport’s international airport subsidiaries also made negative contributions to the Group’s financial performance.

CEO Schulte: “The rebound has begun, but at only a slow pace”

Fraport AG’s executive board chairman, Dr. Stefan Schulte, said: “After reaching the bottom of the trough, traffic started to recover with the partial lifting of travel restrictions since mid-June. Meanwhile, we are again offering numerous attractive destinations and connections via the Frankfurt Airport hub. However, passenger numbers are still increasing at a very slow pace. At our home base in Frankfurt, weekly passenger figures are currently still around 79 percent below the previous year’s level. Uncertainty in the aviation sector remains high due to ongoing travel restrictions and infection rates rising again in some places. This situation poses major challenges to our company and the entire industry.”

Fraport responded to the COVID-19 crisis quickly by reducing costs and introducing short-time work. In the second quarter of 2020, more than 16,000 of the approximately 22,000 employees of the Fraport Group companies in Frankfurt were working short-time. On average, working hours were reduced by around 60 percent across the entire workforce. Parts of the airport’s airside and landside infrastructure were also temporarily taken out of service to save costs. All expenditures not essential for operations were stopped, while planned investments were heavily reduced or postponed – with the exception of the Terminal 3 project. In this way, Fraport was able to cut operating expenses in the second quarter by nearly 40 percent for the Group (excluding expenses related to the application of IFRIC 12) and by about 30 percent at the Frankfurt location.

CEO Schulte: “We responded quickly and comprehensively to the crisis and were thus able to lower costs with immediate effect. But this will not be enough in the medium term. Even in 2022/2023, we still expect passenger volumes at Frankfurt Airport to be around 15 to 20 percent below the high of 2019. We must therefore streamline and downsize our company to make it even more efficient.”

The plan is to shed around 3,000 to 4,000 of the approximately 22,000 jobs across Fraport’s Group companies in Frankfurt. In addition to natural job turnover and largely forgoing new hires, various socially responsible measures are currently being negotiated between management and employee representatives. The extent to which compulsory redundancies will be required will depend primarily on the implementation of these measures.

Fraport raised about €1.3 billion in additional financing in the first half of the year. In July, the Group issued a corporate bond, further increasing liquidity by some €800 million. This means that the company currently has nearly €3 billion in cash and committed credit lines. As a result, liquidity is secured until at least the end of 2021.

Fraport expects traffic at Frankfurt Airport and all of the Group’s airports to drop by a high double-digit percentage rate during the current year. In general, the executive board is maintaining its outlook for the full 2020 fiscal year. Group EBIT is expected to be negative and also the Group result is forecast to remain clearly negative.

CEO Schulte concluded: “The economic effects of the pandemic will be felt well beyond the current year and permanently change our industry. We are therefore aligning our plans with the “new normal” that we expect to reach by 2022/2023. From this new starting point, we expect moderate long-term growth again. This is why we are continuing the construction of Frankfurt Airport’s Terminal 3. We believe that people will continue to want to travel and explore the world. We are confident that aviation will rebound as a growing market in the future.”