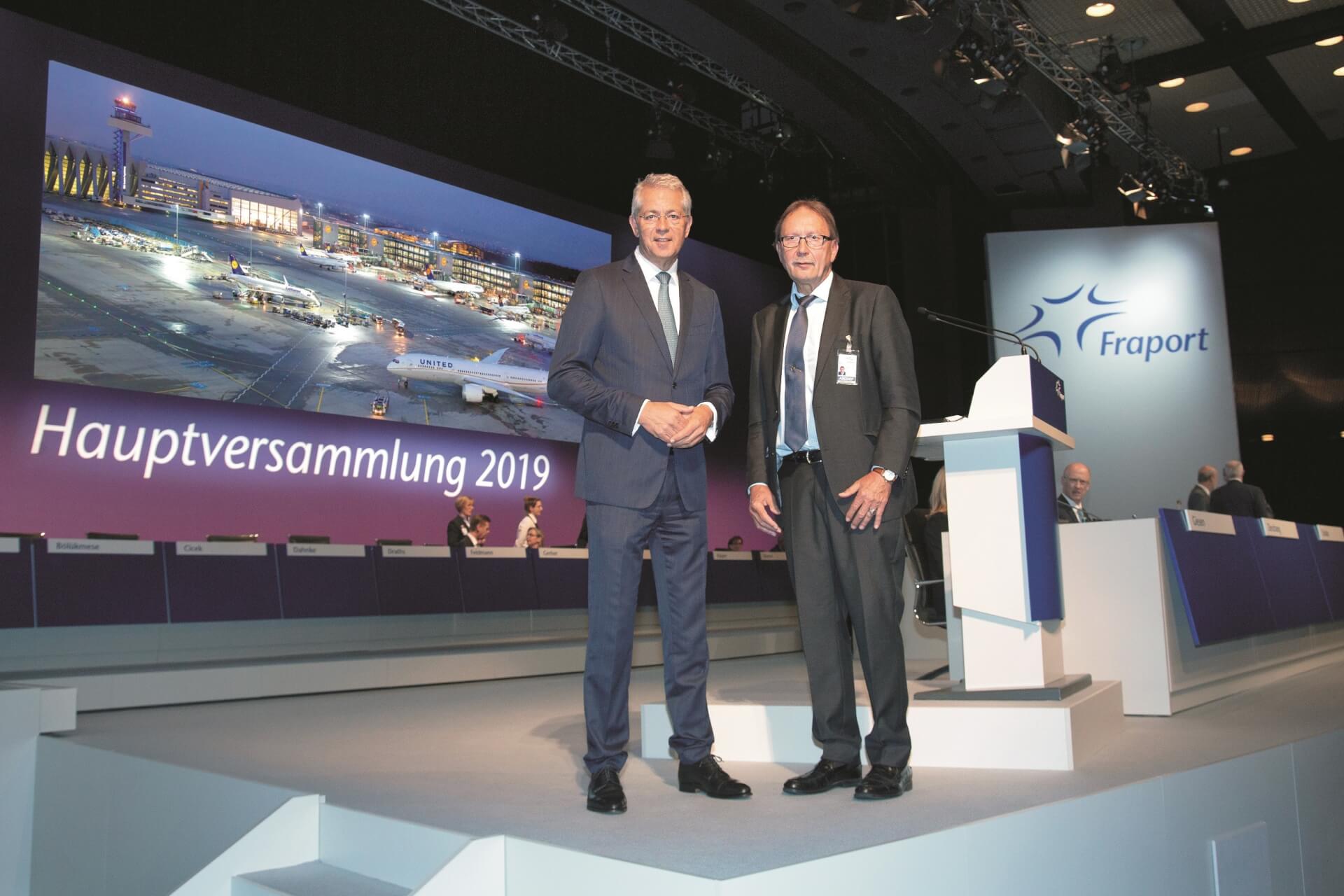 Fraport AG will hold its Annual General Meeting (AGM) at 10:00 a.m. (CEST) on May 26, 2020, in a virtual-only format. Attendance in person will not be possible this year in order to protect the health of shareholders and other AGM participants. Thus, Fraport is taking advantage of a new German law introduced on March 27, 2020, and permitting AGMs to be held virtually as a mitigation measure during the COVID-19 pandemic.

Shareholders can exercise their rights online

The entire AGM will be avialable via a live audio/video transmission (German only) on the Internet at: www.hauptversammlung.fraport.de. From May 5, this website will offer a special AGM portal for shareholders and their proxies to exercise their voting rights, authorize proxies, submit questions and raise any objections to protocol.

Media representatives can also follow the AGM using the aforementioned link. The AGM will begin at 10:00 a.m. with the opening address from Fraport AG’s supervisory board chairman, Karlheinz Weimar, which will be followed directly by the speech from Dr. Stefan Schulte, Fraport AG’s executive board chairman (CEO).

Along with regular resolutions – such as the appropriation of net retained profits and approving the actions of the Executive and Supervisory Boards – the AGM agenda will feature a resolution on a new remuneration system for the members of the Executive Board. Thus, Fraport is ensuring early implementation of the statutory requirements set out in the new version of the German Corporate Governance Code and the act for implementing the Second Shareholders’ Rights Directive (ARUG II). Under the new remuneration system, the remuneration value remains unchanged. Based on fewer remuneration components, the new system provides a simplfied and even more transparent structure.