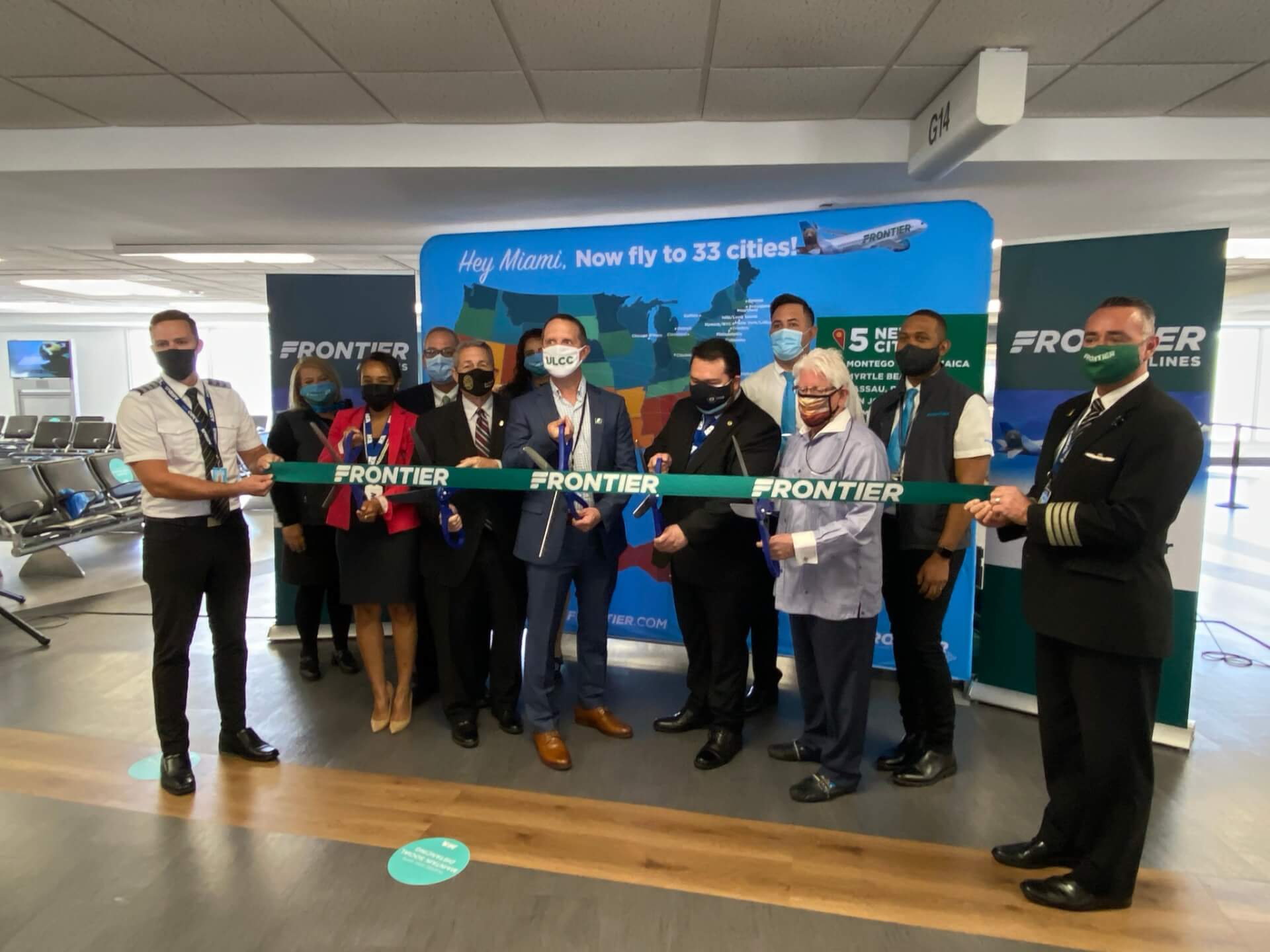 On April 15, low-fare carrier Frontier Airlines and Miami-Dade County officials gathered for a ribbon-cutting ceremony to celebrate the airline’s inaugural flight from Miami International Airport to San Salvador that day, as well as its new Miami–Guatemala City service that began on April 12.

Frontier is now serving both routes with twice-weekly service.

“Their growing service to our community is increasing travel options to and from popular destinations for our residents and visitors.”

Additionally, Frontier announced last week that it would begin Montego Bay, Jamaica service on May 28 with three weekly flights.

“We proudly welcome this expansion of flights by Frontier, and we look forward to seeing their presence grow even stronger at MIA with service to five more cities by July 1,” said Lester Sola, MIA Director and CEO.

“Frontier has risen to become one of our busiest airlines in terms of seat capacity, and we appreciate their commitment to not only maintaining Miami service throughout the pandemic but continuing to expand their route network here.”