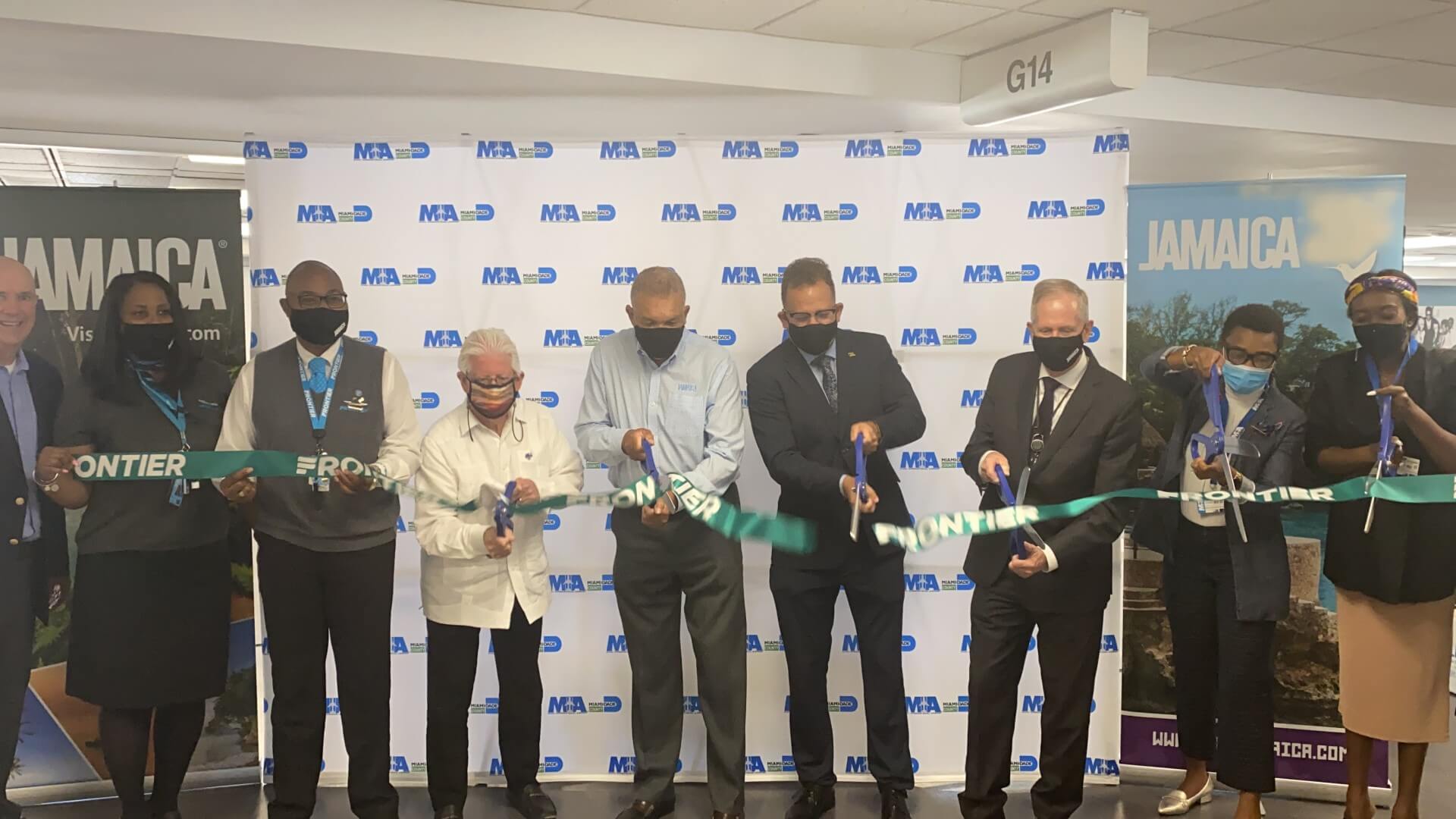 Frontier is now flying three times per week to Montego Bay. The launch of Montego Bay service and four more routes by Frontier later this summer will bring its network at MIA to a total of 33 destinations – its highest number ever at the airport.

“Congratulations to Frontier on launching the first of many new routes it will begin serving at MIA this summer, which will help to further strengthen the ongoing recovery of our local tourism industry,” Daniella Levine Cava, Mayor of Miami-Dade County.

“I am also extremely pleased to see additional flights to and from Jamaica, a country with which we share so many cultural ties, and one of the busiest destinations for our residents and visitors to Miami-Dade County”.

“We applaud Frontier for its robust and ongoing expansion of flights at MIA. Jamaica generates a total of more than half a million passengers to and from MIA annually, which makes it our 13th-busiest market,” Lester Sola, MIA Director and CEO.

“We look forward to welcoming even more of those passengers back to our airport, thanks to this additional service to Montego Bay by Frontier”.