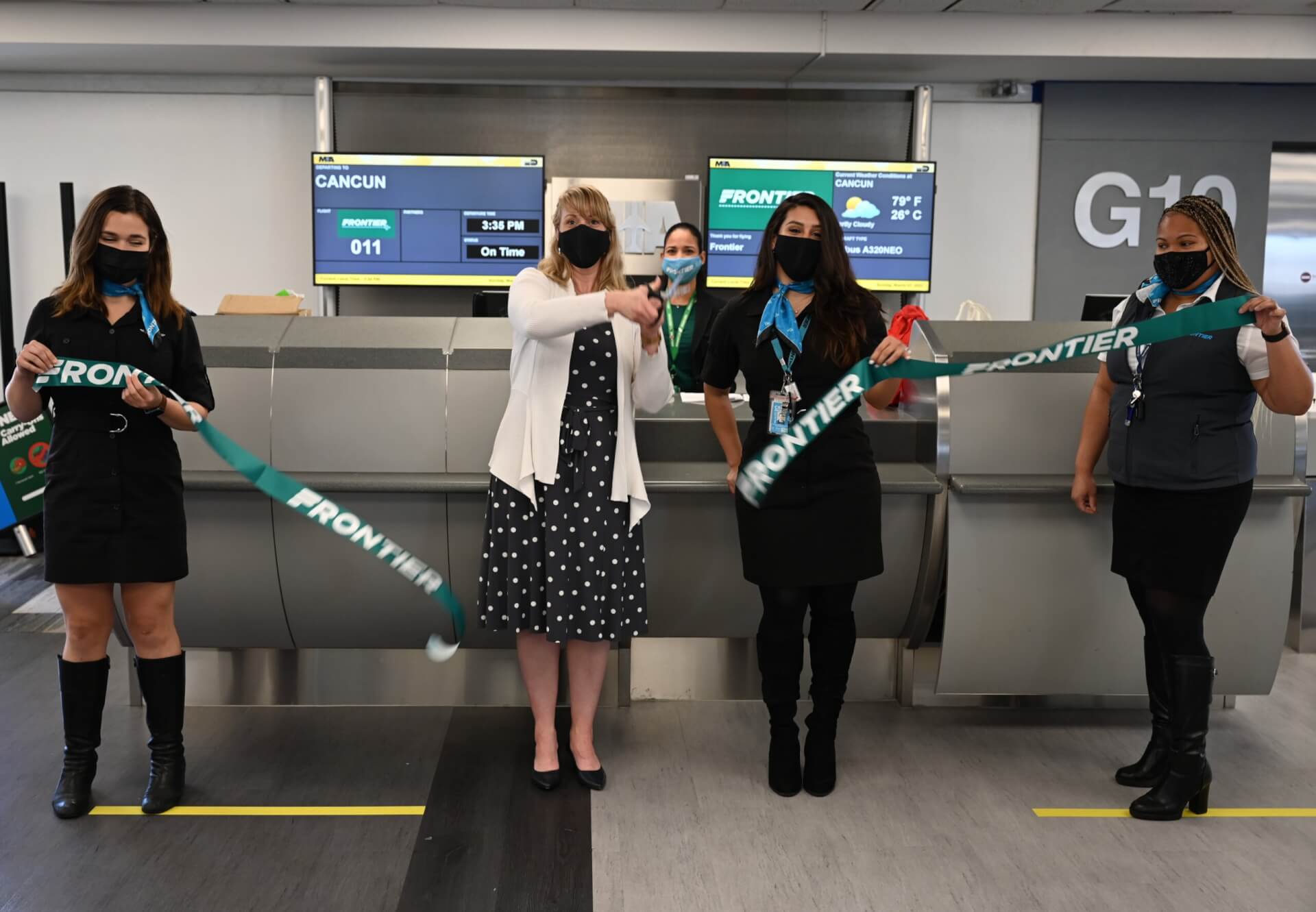 The three new Miami routes by Frontier continues a recent expansion by the airline that began in December with three weekly flights to Santo Domingo, followed by its launch of daily service to Orlando in February.

“Congratulations to Frontier Airlines and MIA, for giving our residents and visitors more travel options between Miami-Dade County and these three popular destinations. Frontier’s ongoing expansion at MIA is also helping to accelerate the safe rebound of our tourism industry and revive our local economy now and in the months ahead.” Miami-Dade County Mayor Daniella Levine Cava.

“Frontier continues to be an instrumental partner in safely bringing passengers back to flying at MIA. We deeply appreciate their growing commitment to serving Miami-Dade County with additional domestic and international options from our airport this year.” Lester Sola, MIA Director and CEO

“We’re pleased to expand in Miami with new flights to Cancun, Punta Cana and St. Thomas. Frontier has grown rapidly at Miami International in recent years and we look forward to launching our first flights to Central America next month with nonstop service to Guatemala City and San Salvador. We’re bringing our ultra-low-fares and customizable travel options model to these new flights to offer our customers unprecedented affordability and value to these highly sought destinations.” Daniel Shurz, senior vice president of commercial, Frontier Airlines