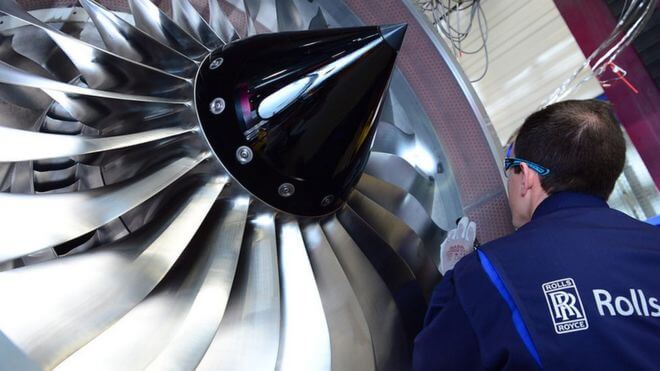 Rolls-Royce (RR.L) saw profits drop as it warned that pressures from soaring inflation amid the Ukraine war and supply chain woes are set to continue throughout next year.

Company shares tumbled as much as 10.5% in mid-morning trade on Thursday in London.

Underlying revenues were up 4% to £5.31bn led by a market recovery in its power systems business and an improvement in civil aerospace.

It said operating margins had been squeezed in the first half, with the “war in Ukraine, inflationary pressures, and supply chain constraints all impacting our business”.

It added: “We expect these issues will persist into 2023 and have been managing our business to address and minimise the impact.”

Rolls-Royce reduced its cash outflow by over £1bn in the first half but cautioned that the external trading environment remained challenging.

Flying hours had reached 60% of pre-pandemic levels, according to Rolls Royce, with large engines under long-term service agreements flying 4.5 million hours in the period.

CEO Warren East said: “We have progressed well in the first half of the year, with more than a £1bn improvement in free cash flow, strong order intake in Power Systems, increased engine flying hours and commercial discipline in Civil Aerospace, and targeted investment to support longer-term growth in Defence and New Markets.

“We are actively managing the impacts of a number of challenges, including rising inflation and ongoing supply chain disruption, with a sharper focus on pricing, productivity and costs.”

Michael Hewson, chief market analyst at CMC Markets UK, said: “Rolls-Royce shares hit an 18-month low in the leadup to its Q1 numbers back in May, but have performed much better since then, albeit in a confined range.

“The various problems with the resumption of civilian air travel have meant that the rebound in revenues that had been expected in 2022 has been slower to materialise than expected. Nonetheless long-term flying hours in Q1 were 42% higher than the same period last year, although that’s quite a low bar.

“Rolls-Royce has been making progress, but it has been glacial as today’s share price reaction appears to indicate.”

“If even a well-regarded figure like Warren East, who will hand over to Erginbilgic at the beginning of next year, can’t fix the business then what hope is there for anyone else?

“Despite seeing some recovery in the all-important civil aerospace business, Rolls is still left trailing behind expectations.”

East will be succeeded by ex-BP executive Tufan Erginbilgic at the end of the year.