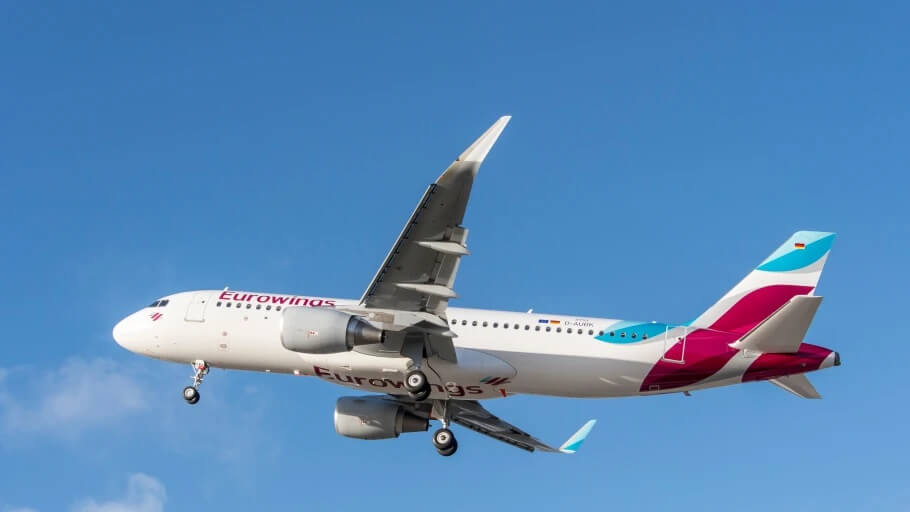 The German low-cost carrier Eurowings continues to invest in the Swedish market and will set up a new base at Stockholm Arlanda Airport for the summer 2022 season.

The carrier, owned by Lufthansa, will expand its range of destinations and improve access from Stockholm, adding twenty new direct routes in Europe.

Eurowings will be the third airline to set up a base at Arlanda in a short period of time.

In May, the Irish-based low-cost carrier Ryanair announced its plans to open a base initially with two aircraft and some 20 European routes as well as domestic service to Gothenburg and Malmö.

In July, One World Alliance member Finnair announced that it is placing three aircraft at Arlanda, making a major investment in Sweden with intercontinental service from Arlanda and enhancing access to Asia and the US.

“Eurowings’ continued expansion in Sweden entails a major increase in capacity and is a complement to our airports’ existing range of flights on offer,” says Elizabeth Axtelius, Director Aviation Business at Swedavia.

“The fact that Eurowings has now chosen to set up a base at Arlanda is clear evidence of the airline’s strong faith in development opportunities in the largest market in Scandinavia and in the attractiveness of the Stockholm region.

“This improved access is important to the tourism industry across Sweden.

“The expansion also suggests further growth can be expected in the low-cost segment of the Swedish market going forward.

“We have a good collaboration with Eurowings, which we happily look forward to developing in the future”.

Eurowings intends to expand its summer 2022 programme in conjunction with the opening of the new base at Stockholm Arlanda in late March.

“Sweden is a market that fits perfectly with our goal to be the number one European value carrier,” says Jens Bischof, CEO at Eurowings.

“Since the pandemic, many travelers are no longer looking first for the cheapest ticket, but for an airline they can unconditionally trust in terms of safety, reliability, and social responsibility.

“With our Lufthansa DNA – for example an attractive network of low-cost direct flights and an unmatched customer service – we can offer just that”.