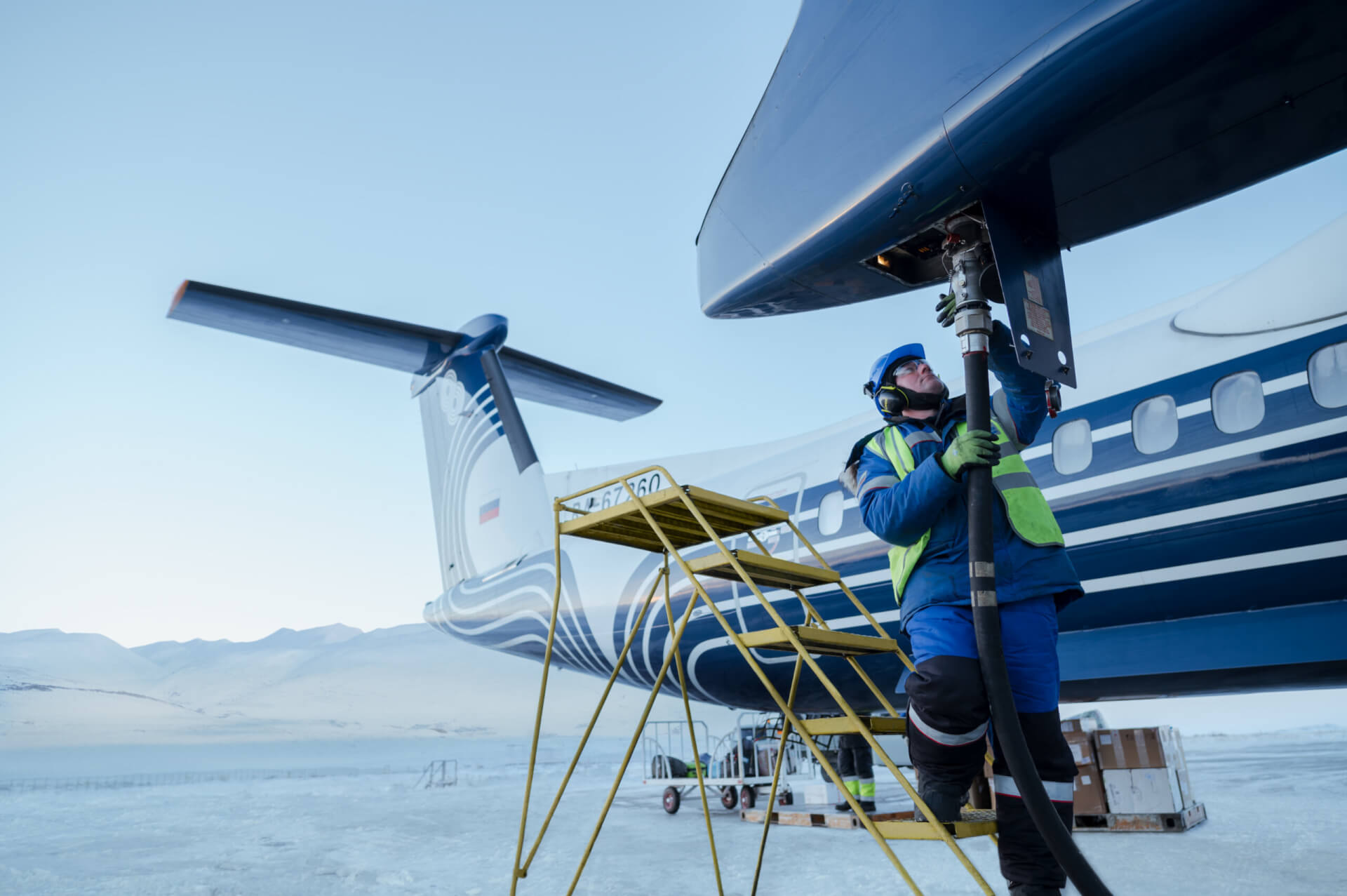 Gazpromneft-Aero, the aviation fuel operator of Gazprom Neft, saw jet fuel sales increase by more than a third last year exceeding sales in 2019 before the onset of the COVID-19 pandemic driven by innovation and strong performance in Russian airports..
Total sales rose by nearly 28% in 2021 – around 3.7 mln tonnes – with the volume of wholesale “wing” refuelling rising by 29% which is equivalent to 2.4 mln tonnes.
The company achieved strong performance at the largest Russian airports with jet fuel sales rising by 30% at the Moscow air hub and by 90% in St Petersburg.
Sales rose by 27% and 69% in Novosibirsk and Yekaterinburg respectively.
Gazprom Neft’s blockchain platform Smart Fuel, which has been launched in 15 Russian airports, was another contributor.
It increases the efficiency of financial operations and cuts payment settlement times between fuel providers and airline companies from four to five days to 15 seconds.
The blockchain platform has been successfully registered in the Russian Software Register of the Ministry of Digital Development of the Russian Federation.
Gazprom Neft also began industrial-scale production in 2021 of reactive fuel JET A-1 in the Omsk Oil Refinery which has great export potential and is already sold to APAC countries, including Kyrgyzstan and its Manas International Airport.
The company is supporting decarbonization of air transportation and helped launch the Eurasian Sustainable Aviation Fuel (SAF) Alliance last year as a platform for interaction among industry participants from the whole chain of green jet fuel creation.
Partners include leaders of the aviation industry: Airbus, Aeroflot, S7, Volga-Dnepr, Ural Airlines, as well as the National Research Center “Zhukovsky Institute” and the State Research Institute of Civil Aviation. The first Russian flight using SAF is planned by Alliance participants for no later than 2024.
Vladimir Yegorov, General Director of Gazprom Neft Aero says: “The geographic expansion of operations and strengthening of partnerships with the largest Russian and foreign airline companies, as well as quick reaction to market changes, allowed us not only to achieve performance indicators from 2018 and 2019, but to do even better.”
“We look forward to further restoration of passenger transportation in the medium term and are ready to provide our partners with services related to jet fuel in 328 airports situated in 71 countries.
“In order to ensure the sustainability of the Russian aviation market and the competitive ability of airline companies in our country, Gazprom Neft has helped establish the Eurasian SAF alliance – a technological union between developers and manufacturers of jet SAF with the smallest carbon footprint.”
Other related news