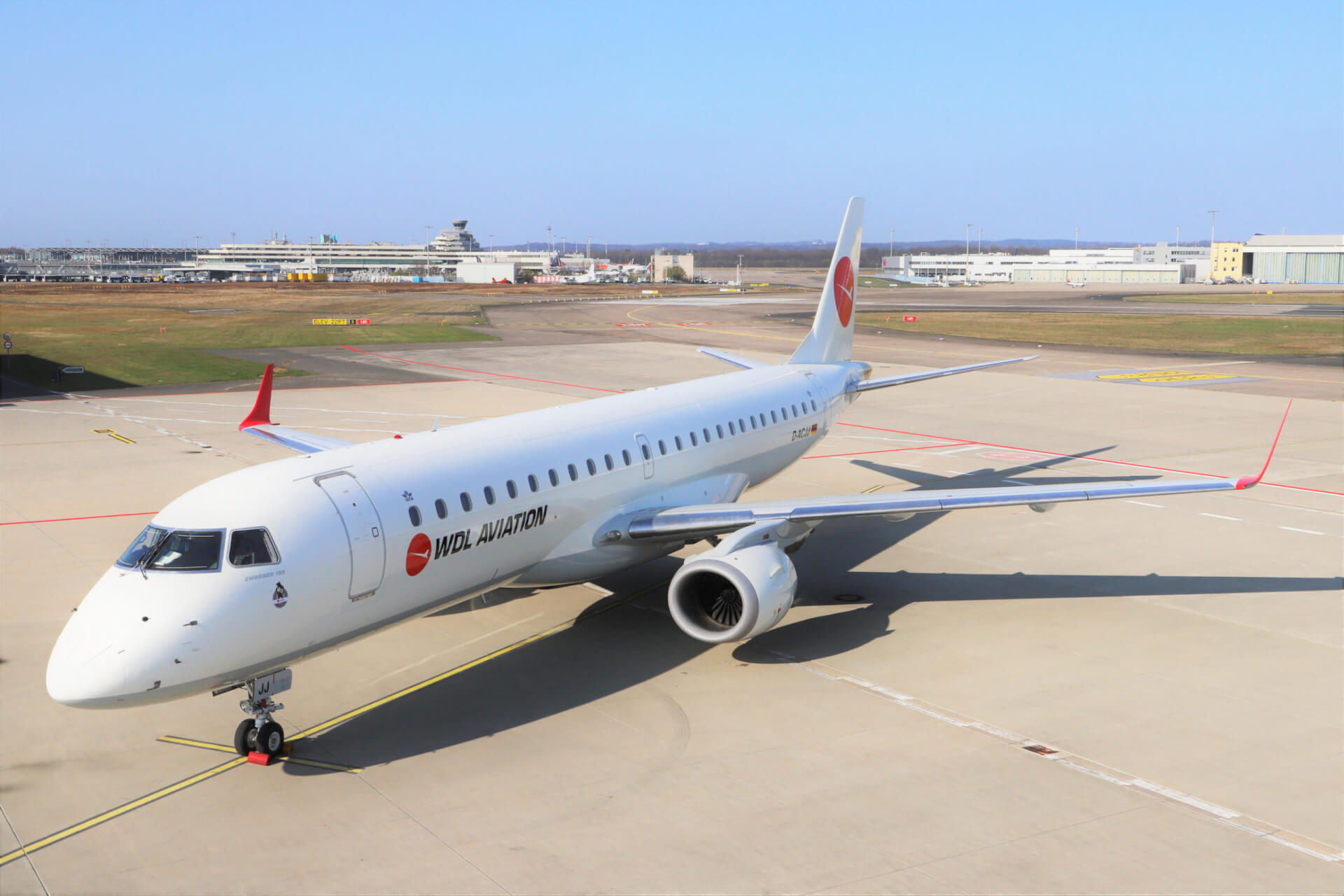 Charter and wet lease aircraft operator German Airways has announced that it will introduce three more Embraer 190s to its fleet, as part of its transition to an all-jet operation.

The operator is the aviation brand of parent company Zeitfracht Group, which combined WDL Aviation (WDL) and Luftfahrtgesellschaft Walter (LGW) into one uniform identity.

LGW has 15 Bombardier Q400s while WDL has four E190s in service. German Airways states that three more of the jets “have been ordered” for 2020.

The carrier states that it is looking to hire several new pilots who are already qualified to operate Embraer regional jets.

“In the coming months we will be able to offer dozens of new colleagues in the cockpit an attractive and secure job with an economically very stable airline,” says Zeitfracht chief operating officer Dominik Wiehage.

“This also includes extensive benefits under collective agreements, which is certainly not a matter of course in our industry.”