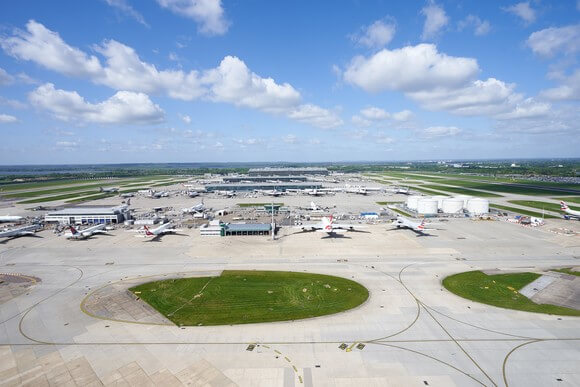 Heathrow Airport’s plans to build a third runway have been thrown into turmoil after opponents won a legal appeal against it on environmental grounds.

A Heathrow spokesperson said: “The Court of Appeal dismissed all appeals against the government – including on “noise” and “air quality” – apart from one which is eminently fixable.  We will appeal to the Supreme Court on this one issue and are confident that we will be successful.

“In the meantime, we are ready to work with the Government to fix the issue that the court has raised.  Heathrow has taken a lead in getting the UK aviation sector to commit to a plan to get to Net Zero emissions by 2050, in line with the Paris Accord. Expanding Heathrow, Britain’s biggest port and only hub, is essential to achieving the Prime Minister’s vision of Global Britain.  We will get it done the right way, without jeopardising the planet’s future. Let’s get Heathrow done.”

GMB, the union for airport workers, has responded to today’s court of Appeal ruling on the Heathrow expansion.

Nadine Houghton, GMB National Officer, said: “GMB is disappointed by today’s court ruling. Heathrow expansion is a complicated issue, but we have consistently backed it because the benefits more than outweigh any risks.

“Like everyone else, GMB members are very worried about climate change, but we would have held Heathrow Airport Ltd’s feet to the fire on their target for zero carbon by the mid-2030s. The Government must now come up with a proper aviation strategy for the UK – and unions must be front and centre in those discussions.”