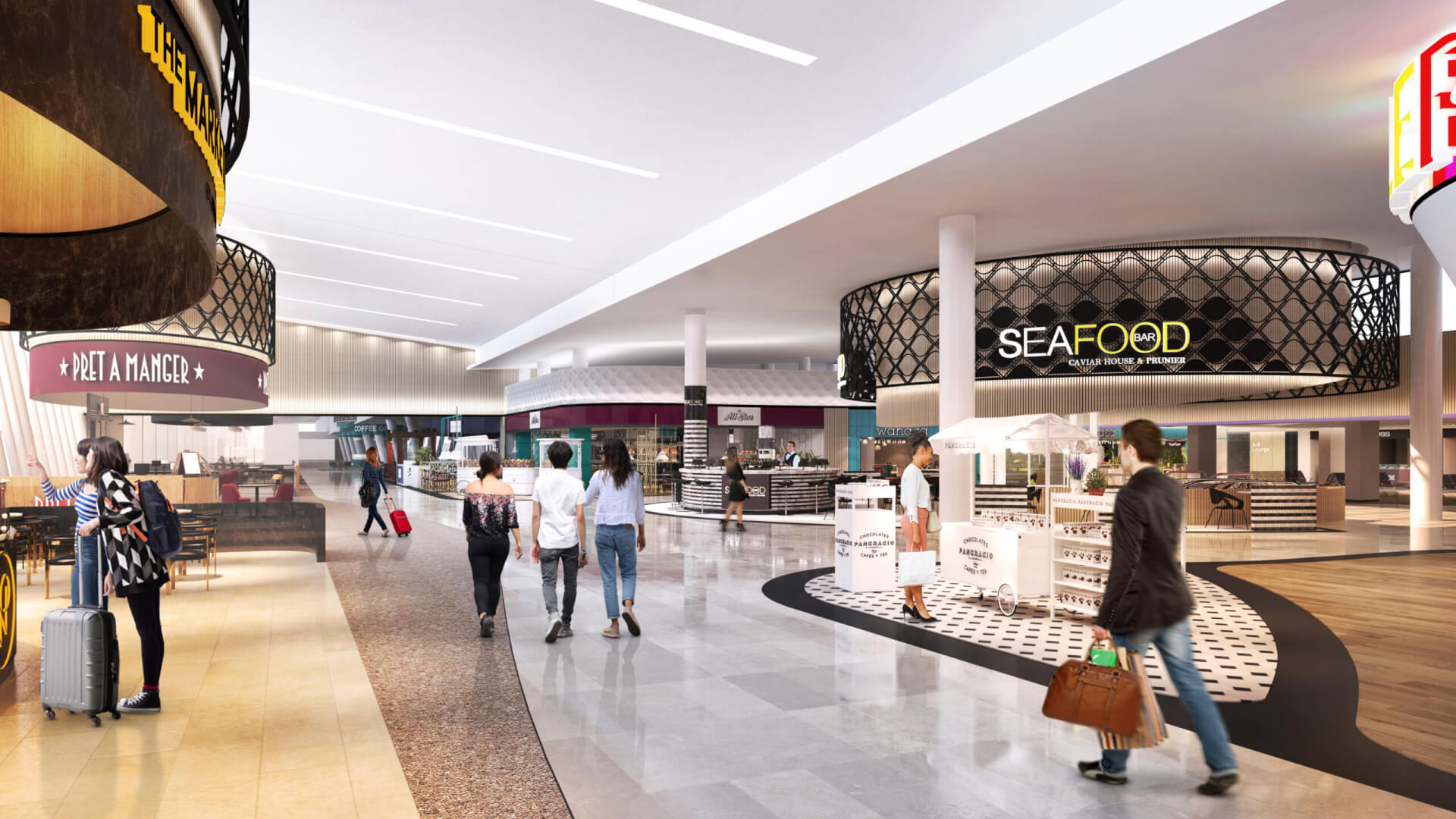 The plan includes an additional runway and new terminal building as well as, in the short/mid-term, a radical new 6 billion Pesos (US$302m* see note) redesign of the commercial space in the existing building.  The Design Solution has been appointed to deliver the redesign with the new space due to open on a phased basis over the next 2 years before being fully open in 2023. 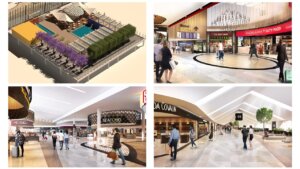 The new plan optimises previously under-utilized space, creating a new vibrancy to the passenger experience with a significantly enlarged commercial zone.   The two security areas are retained and passengers are now drawn towards the airside heart of the terminal, a newly revitalised area overlooking the apron, surrounded by a dynamic mix of retail, bars, restaurants, pop-up sites and other customer service facilities.

“Our first task was to rationalise the passenger flows through the terminal to create an intuitive route in the airside commercial area.  With this approach, passengers have much more direct engagement with the greater exposure given to stores, restaurants, bars, pop-ups and seasonal event experiences” explains Graeme Johns, Director of the Design Solution. “It is always a challenge to transform older terminals that have evolved through piecemeal development, especially those that were predominantly assembled before commercial revenues became so important.  These new designs will create a world class facility and passenger experience fitting for GAP’s ambitions to transform Guadalajara International Airport and to maximise its commercial potential.”

Raul Revuelta, Chief Executive Officer, Grupo Aeroportuario del Pacifico adds. “We first worked with The Design Solution at Sangster Montego Bay Airport in Jamaica, one of our other operated airports.  Shortly after, we appointed them to work at Los Cabos airport in Mexico and now on to Guadalajara.  We have worked together as a team over many months to create something we believe will transform the terminal, both in terms of bringing passengers the best travel experience as well as growing our commercial offer. In the core airside commercial area, we currently have 5,700 sq m and that will increase to 7,250 sq m.  The pandemic inevitably means the implementation of our ambitious plans will likely take longer than originally hoped but we look forward to a phased approach to achieving this vision.”