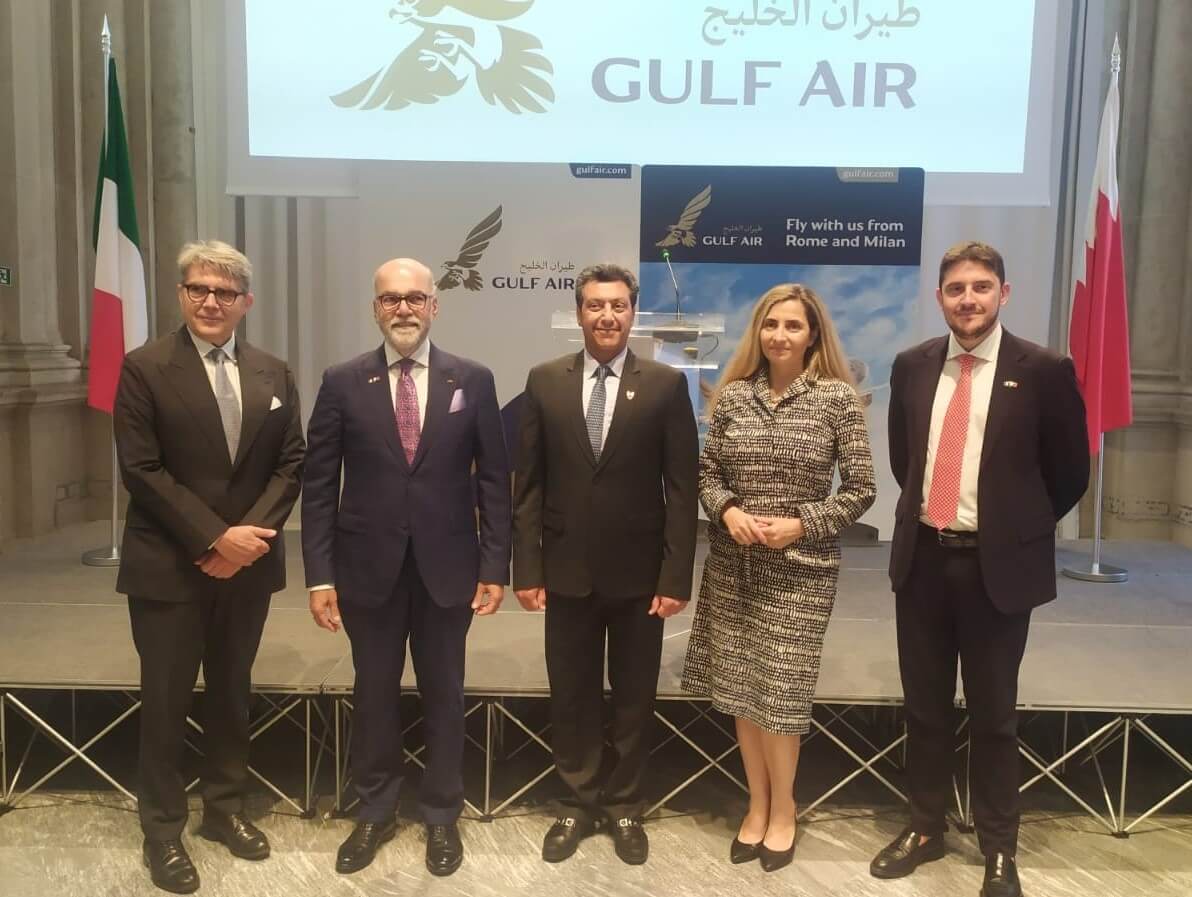 Gulf Air, the national carrier of the Kingdom of Bahrain, started its services to Bahrain from the Italian city of Milan.

“From finance to fashion, from designer automobiles to discerning music, from architecture to art; the city of Milan is undeniably one of the most popular destinations in Europe attracting millions of visitors every year.

“By launching services to Milan, we are not only opening new doors of trade and tourism opportunities this city offers to the people and businesses of Bahrain and the region; but also bringing new commercial and other opportunities to Bahrain, the gateway of the Arabian Gulf and beyond.”

“This connection is an additional excellent news to for our airport; as it further increases the commercial offer and air connection alternatives.

“Starting form this summer, seven airports will be connected to the Middle East region.

“The incoming and outgoing offer of our Airports’ area – inclusive of reach and variety – is an added value; often decisive in the priority of investment choices and industry revitalization”.