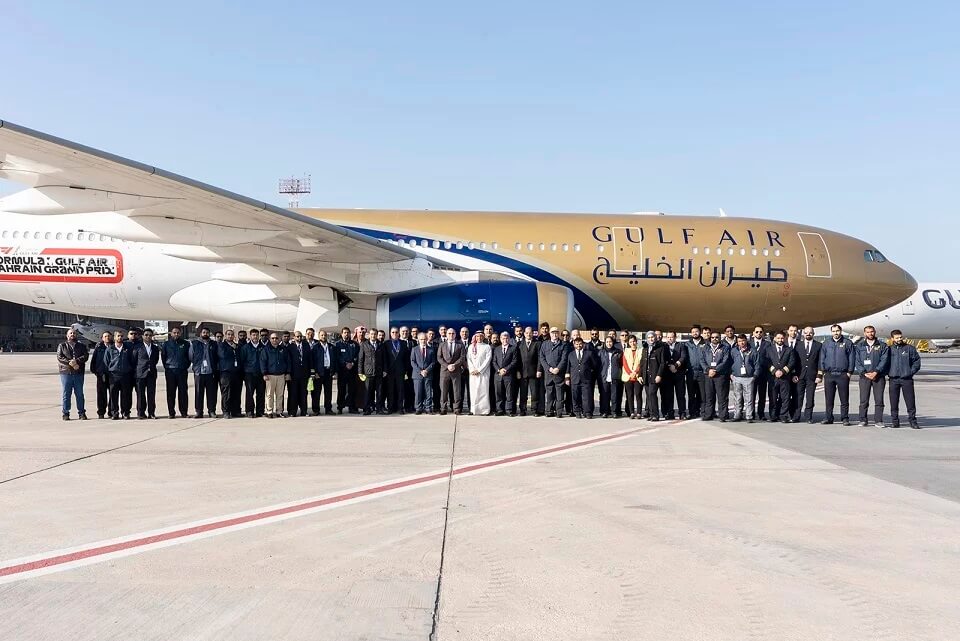 Gulf Air, the national carrier of the Kingdom of Bahrain, today bids farewell to its last Airbus 330 aircraft after its service of 19 years in the airline’s fleet. In a farewell event at Bahrain International Airport, members of Gulf Air’s executive management and aircraft engineers and maintenance technicians joined to celebrate sending off the aircraft on its final flight as part of the airline’s fleet.

During the event, Gulf Air’s Chief Executive Officer Mr. Krešimir Kučko said: “Today we bid farewell to one of our historic flagship jets. This Airbus 330 aircraft served the national carrier for almost 20 years and supported our growth during the last 2 decades”.

He also added: “Gulf Air started its fleet modernization programme in 2018 which began with the delivery of the Boeing 787-9 Dreamliner. As of today, all our long haul routes are operated exclusively by Dreamliners which showcase our new brand and new livery. By the end of this year, we will receive the last three aircraft of our Boeing 787-9 Dreamliner order”.