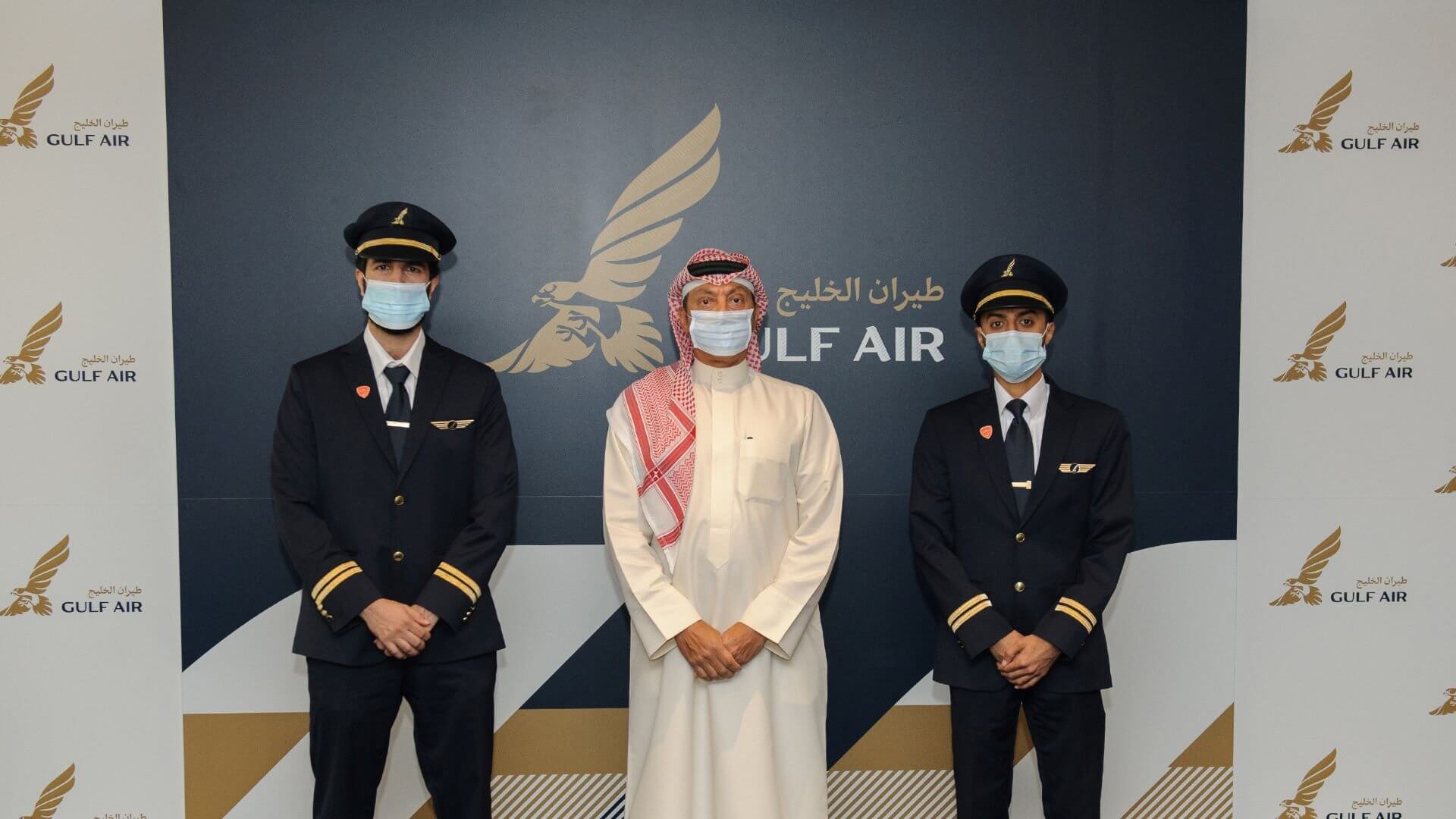 Gulf Air, the national carrier of the Kingdom of Bahrain, continues moving forward in keeping Bahrainization at the core of its recruitment strategy by welcoming a new batch of experienced Bahraini pilots who have recently began operating flights after completing all the necessary vigorous ground and base training courses.

The new batch of pilots joined Gulf Air from a number of neighbouring regional airlines to be part of their national carrier and serve the Kingdom of Bahrain.

Gulf Air’s Acting Chief Executive Officer Captain Waleed AlAlawi congratulated the new pilots for passing the selection process, and noted: “We pride ourselves to have a high rate of local pilots comparing to the regional carrier.

“This is a major milestone for us to be leaders amongst carriers from our neighbouring countries by having local, specialized and professional talents representing our beloved Kingdom in the skies.

“We were able to offer both Bahraini first officers the opportunity of employment in Gulf Air and unity with their families after serving regional carriers abroad for years.

“This is an important value for us to be able to support Bahrainis abroad to return to the Kingdom and serve their national carrier”.