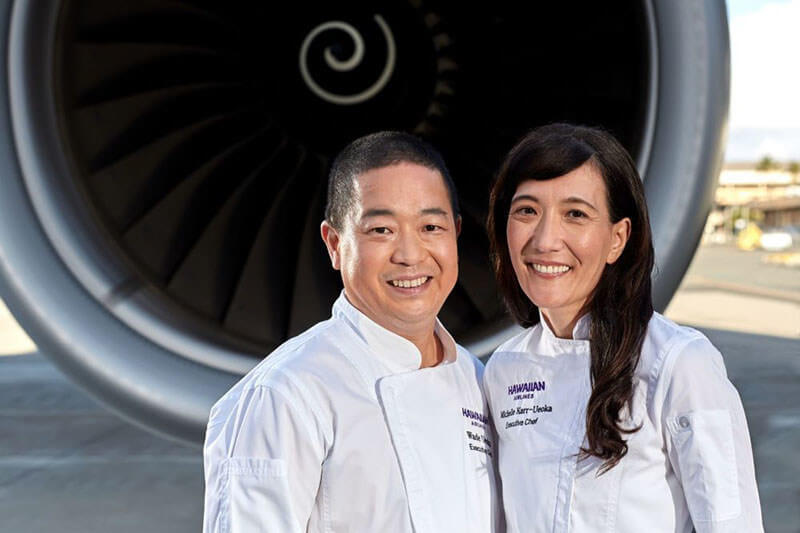 Together, they will oversee menus from the carrier’s popular onboard Featured Chef Series, as well as curate First Class meals for inbound flights from the U.S. mainland and all cabin menus for flights between Hawaiʻi and Japan, Australia and New Zealand and outbound flights to South Korea.

Ueoka previously prepared meals for Hawaiian’s guests as a featured chef in 2016 and 2018. The airline’s first executive chef duo replaces Chef Lee Anne Wong, owner of Honolulu’s Koko Head Café, who joined the Featured Chef Series in 2015 and has served as executive chef since 2018. 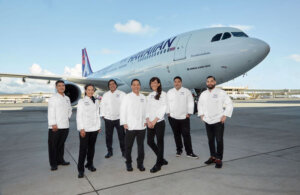 “Our Featured Chef Series has developed into a top-rated meal program that celebrates the vibrant culinary scene and outstanding agricultural bounty of our islands,” said Renee Awana, managing director of product development at Hawaiian Airlines. “Lee Anne Wong has played an innovative role in developing this program, and we are thankful for her time as both a featured chef and our executive chef. We offer her our sincere gratitude as she passes the torch to Chef Wade Ueoka and Chef Michelle Karr-Ueoka.”