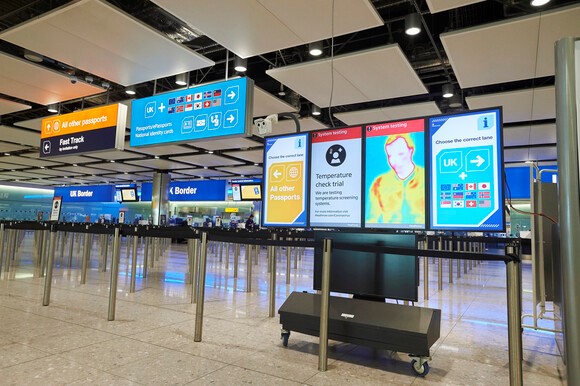 COVID-19 continues to weigh on travel demand, with a drop in passenger numbers of over 95% compared to the start of last year’s summer season.

Government’s quarantine policy for international arrivals directly hit load factors, which immediately fell 10% following its introduction in early June. An exit plan is now more critical than ever, as long-haul flights remain grounded and more jobs continue to be put at risk in an industry crucial to rebuilding the UK economy.

Whilst steps toward travel corridors in July provide some hope for an initial recovery, further pace is needed to move past quarantine. Heathrow urges Government to act faster on establishing Common International Standards that would allow safer travel to critical trading routes.

Heathrow CEO John Holland-Kaye said: “Travel corridors were a great first step and now we need to go further to protect jobs and kickstart the economy, by allowing healthy passengers to travel freely between the UK and the rest of the world. We’re ready to pilot a testing system on arrival for passengers from “red” countries as an alternative to quarantine, but even better would be to test passengers before they get on a plane. This requires a Common International Standard for testing, which the UK government could take a global lead in setting up.”

Heathrow stands ready to host the UK’s first pilot ‘Test-on-Arrival’ procedure from Collinson and Swissport. The pilot, which is subject to Government approval, could allow COVID-negative passengers arriving from higher risk countries to enter the UK without the need to quarantine.

In addition, Heathrow is trialling a number of technologies and processes to keep the airport COVID-secure as travel resumes, including the existing temperature testing trials and exploring the use of UV sanitation to quickly and efficiently disinfect key touchpoints in the passenger journey

Whilst overall cargo tonnage in June was down by over 30% compared with 2019, Heathrow saw a record-breaking day for cargo-only flights on 6th June, with 140 movements in one day 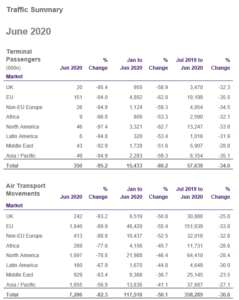