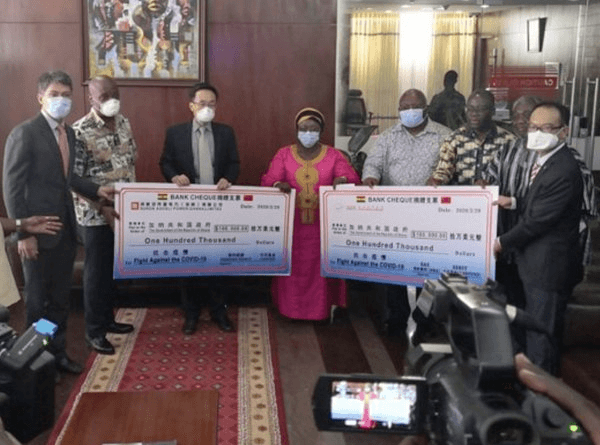 With the spread of COVID-19 worldwide, Africa, the continent with the largest concentration of developing countries, faces severe challenges in terms of funding and shortages of material and equipment needed for epidemic prevention and control. HNA Group’s Africa World Airlines (AWA), a Ghana-based domestic airline, has been actively working with the local government to combat the outbreak.

At 3 pm GMT on March 29, Africa World Airlines donated $100,000 to the Ghanaian government during a ceremony at the presidential palace. Akosua Frema Osei-Opare, Chief of Staff of the Republic of Ghana; Togbe Afede, president of the National House of Chiefs of Ghana; Wang Shiting, Chinese ambassador to Ghana; Chai Zhijing, commercial counselor of the Chinese embassy in Ghana; and Luo Cheng, co-chairman of Africa World Airlines, attended the event.

At the ceremony, Mrs. Osei-Opare, on behalf of President Akufo Addo, expressed their thanks to Africa World Airlines. She said that China was the first country to donate to Ghana and that the donation served as a demonstration of the sincere friendship between the two countries and peoples.

The Chinese ambassador, Mr. Wang, said that since its inception, Africa World Airlines has become the leading airline not only in Ghana but also throughout western Africa and that its air services have not only connected major cities in its home country, but also significantly improved connectivity throughout the region. He also spoke highly of the airline’s support to Ghana in the fight against the COVID-19 outbreak.