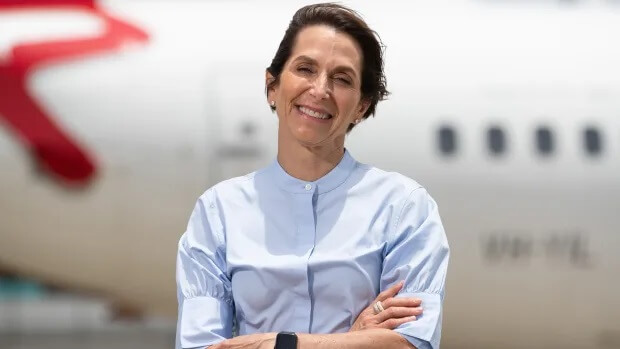 Chief financial officer Keith Neate – who only started with Virgin in 2019 – is the most significant casualty. Mr Neate will be replaced by Woolworths chief operating officer David Marr. It is unclear whether he will pick up the directorship roles held by his predecessor on several corporate Virgin Australia entities now the company is privately held by Bain Capital.

Chief commercial officer John MacLeod will retire when a replacement is found.

Ms Hrdlicka said those leaving the company had not done anything wrong – all left of their own accord – and that it was time to write Virgin’s next chapter under US private equity firm Bain.

“We’re writing the next chapter,” Ms Hrdlicka said. “This has been an ongoing series of conversations about what everyone’s aspirations are from my first day … we’ve moved to get a new structure in place that the existing executive team thought was the right structure for the future and we’ve worked to accommodate everybody’s personal goals.”

The appointments virtually complete Ms Hrdlicka’s reshuffle of the company’s executive ranks since she took over the business last year.

She ousted former chief executive Paul Scurrah after a heated bidding war for the free-falling Virgin from which Bain Capital emerged the victor with a $3.5 billion offer.

The move prompted fears a relaunched Virgin would become a low-cost carrier, given Ms Hrdlicka’s past role as the head of Qantas’ cheap and cheerful subsidiary Jetstar, but she has since committed to a mid-market model.

When Mr MacLeod retires later this year, chief operations officer Stuart Aggs will be the last member of the old guard remaining at the carrier.

Asked why these new hires and promotions were a better fit, Ms Hrdlicka said: “Of the seven appointments, five of them are open roles or newly created roles, and two of them – in Dayna’s role and Keith’s role – it was Dayna and Keith opting to do something different.”

Mr Neate said in a statement it was the right time for him to move on.

Mr Jones is on gardening leave under his contract with Qantas, and is expected to join Virgin as chief customer officer in June.

The new-look executive team will face the daunting task of rebuilding Virgin in some of the toughest times ever for the aviation sector, and amid more intense domestic competition as country carrier Regional Express attempts to muscle in on the lucrative “golden triangle” routes over the east coast.

Already Virgin has struggled to retain critical corporate customers such as defence giant BAE Systems, which has abandoned ship with uncertainty about the services a mid-market airline can provide business customers.

The rugged road ahead prompted Qantas chief executive Alan Joyce to suggest only one of Virgin and Regional Express would survive the post-pandemic dogfight for passengers.

“It will be very competitive, and you need a very tough, competitive team to be successful in that environment and that’s what we have done,” she said.

One major barrier to Virgin’s success is domestic borders closures, which state governments have again implemented in response to virus infection clusters in Brisbane, Sydney and Melbourne that have recently come under control.

Business leaders on Friday hit out at border restrictions, which were called “out of proportion to the actual risk”, as a sustainable strategy to stop the spread of COVID-19 as it inhibits any economic recovery from the pandemic.

Ms Hrdlicka – who is also the chairwoman of Tennis Australia – agreed, and said Australia currently felt like a “collection of foreign countries”.

“The implementation of inconsistent rules and restrictions for travellers is having a significant impact on the economy, our people, their livelihoods, and the tens of thousands who’ve been disrupted over the summer,” she said.

“The expectation that rules must be understood instantaneously by travellers and that businesses like ours must manage our operation around them is also proving extremely challenging.

“We, and the business community have consistently asked for a co-ordinated national framework, alignment on state and territory decision-making and a commonsense approach to our borders.”