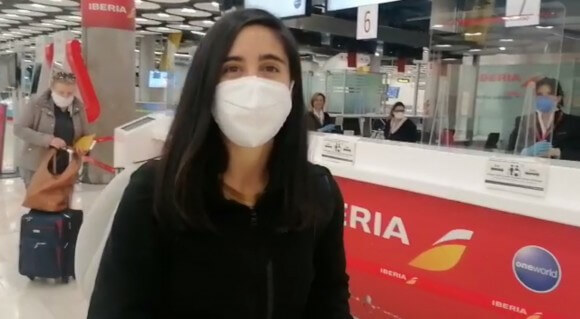 Iberia is helping another 2,000 people reach their homes in a second wave of repatriation flights this month in collaboration with Spain’s Foreign Ministry and its embassies and consulates abroad as well as the diplomatic missions in Spain of the countries of destination. In March the airline carried some 6,000 passengers on special flights, in addition to the 70,000 carried on scheduled services before the pandemic alert was declared.

Over the next two weeks the airline will fly to destinations which are new to Iberia, such as Sydney, Manila, Bangkok, Praia (Cape Verde), and Santa Cruz de la Sierra (Bolivia), chiefly to repatriate Spanish citizens from these countries.

It will also make another three repatriation flights to Peru, one to Equatorial Guinea, another to Colombia, and another three to Argentina, one with a stop neighbouring Paraguay.

“Our commitment in the fight against Covid-19 is limitless. In this new wave of repatriation flights we will fly to such places as Manila, Bangkok, Sydney, and Cape Verde, where our Foreign Ministry regards it as necessary to bring Spaniards home,” said the airline’s Sales Manager for Spain, Guillermo González Vallina.

In all, by the end of April Iberia will have made more than 30 repatriation flights to return some 8,000 people, some 6,000 in the last week of March and the first week of April and another 2,000 are to fly by the end of April. Outgoing flights will carry foreigners in Spain back to their home countries.

From the start of the crisis until the end of April Iberia will have made a total of more than 30 special flights to 20 countries on five continents: Algeria, Argentina, Australia, Bolivia, Cape Verde, Colombia, the Dominican Republic, Ecuador, Equatorial Guinea, Ireland, Japan, Morocco, Panama, Paraguay, Peru, the Philippines, Poland, Senegal, Thailand, and Uruguay.

In addition, since the pandemic alert was declared in Spain, Iberia flew more than 70,000 people on scheduled flights to countries including the US, Mexico, Cuba, Costa Rica, Brazil, and Chile which the airline operated until the end of March.